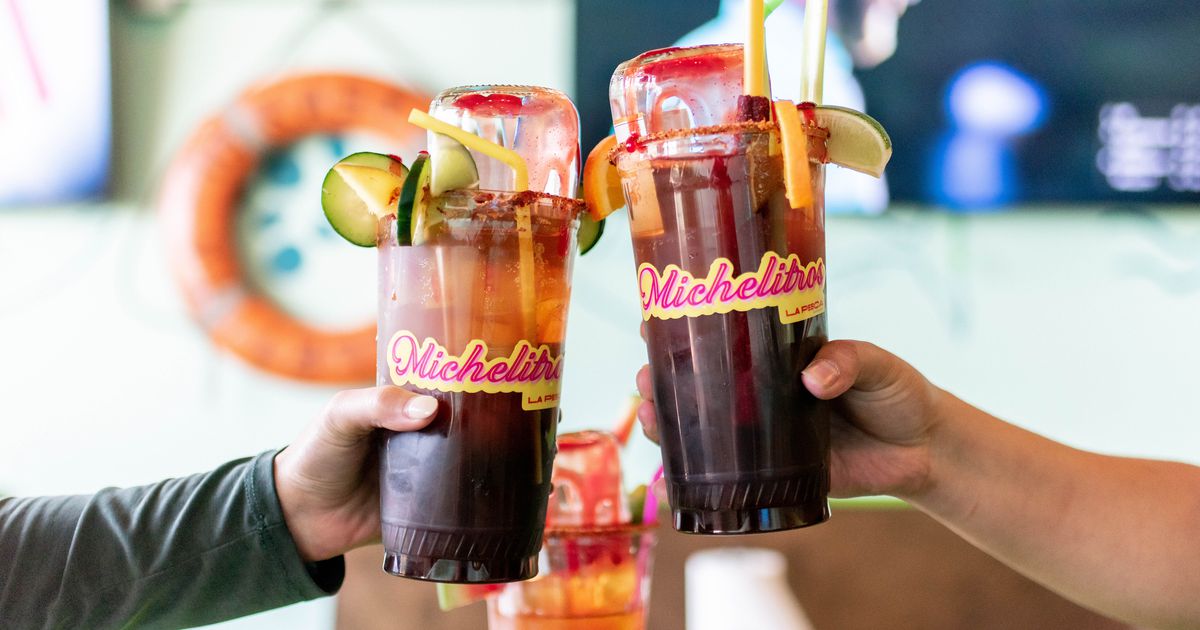 Blink and another restaurant is opening in Dallas-Fort Worth. There are even several exciting additions opening in May 2022 that we can’t talk about yet. Be sure to keep an eye on dallasnews.com/food and on @dmnfood on Twitter. You won’t go hungry this month!

Chef Akira Back’s first Texas restaurant opens in The Colony on May 6, 2022, serving fun but serious Japanese and Korean food. Back has an interesting back story: He grew up in Seoul, South Korea, before moving to Colorado and becoming a professional snowboarder as a teenager. He became a chef in this twenties, and today, he owns 20 restaurants, most of them in flashy cities like Dubai, Las Vegas and Singapore. Wear your good shoes, cuz Akira Back will be one of the most upscale offerings at Grandscape.

I said everyone in Fort Worth is talking about Don Artemio, and they are, but if you’ve already been there, turn next to Beast & Co. The restaurant opened in April 2022 and its owners describe the food as globally inspired but anchored in the South. I’ve got my eye on the boar orecchiette, eggplant dumplings, and whole fish wrapped in banana leaf, with shrimp paste. Dinner here sounds adventurous.

Inside this beautifully decorated time capsule, it’s 1958, and customers are dressed to the nines and eating carbs. (How very not Dallas!) This new restaurant is expensive and exquisite. If you can afford it, it’s worth a visit.

So let’s say you want some great Italian food without all the fluff. Carbone’s might just be the place. It celebrated its 10-year anniversary in April 2022 and has been slinging housemade pasta and Sunday gravy long before the New York restaurant with the similar name (see above) rolled into town. If you’re the type to root for the local guy, Carbone’s it is.

When Crossbuck BBQ opened near Galleria Dallas, we said it was “breaking barbecue rules.” That’s a good thing for those who loved smoked meat. Smoked salmon is always on the menu, sitting next to the more traditional post-oak-smoked brisket. There’s also pulled pork with Asian flavors. And smoked prime rib. We like the cole slaw with miso and the hominy with cotija cheese.

My family’s new favorite place for birthday dinner is DeLucca, an upscale pizza joint in Dallas, Fort Worth, Southlake and Plano. Customers pay a flat fee of $24.50 per person for, basically, endless dinner. Servers first bring around salad and meatballs. Then little cups of lobster bisque. And finally, they serve up skinny slices of a dozen different pizzas. You never know what’s coming next. “Truffle with four cheese?” they might ask. “Mushroom with vodka sauce? Hot soppressata?” With each pizza option, you signal if you’d like a slice, then wait for the next surprise. We found it was easy to feed 10 people, ages 6 months to 60+, with easy accommodations for vegetarians.

After being named the best barbecue joint in Texas, Goldee’s Barbecue has been rightfully slammed with customers, some that showed up at 3 or 4 a.m. to get a bite of the most talked-about barbecue in the state. The craziness has subsided — a little bit — and now might be the time to sneak back to Goldee’s, before school gets out. Come summertime, there’s no telling who will be roadtripping to Fort Worth, or when. If you go: Get brisket, turkey, at least one sausage, cheese grits, pork hash and a loaf of brioche, made in-house.

Goldee’s Barbecue is at 4645 Dick Price Road, Fort Worth. Open Friday through Sunday, 11 a.m. to sellout.

Cocktails and the catwalk, that’s why you need to make a rezzie at Kessaku. This 50th floor sushi lounge can be a restaurant destination, but most customers seem to be stopping in for a small bite and then going straight for the drinks. I love the espresso martini made with sake. And even more, I love the walk around the high-in-the-sky catwalk — a great end to any night.

If you haven’t been to “Asian-Cajun” restaurant Krio near the Bishop Arts District in Oak Cliff, it’s time. This casual restaurant effortlessly combines the two cuisines in dishes like jambalaya eggrolls or blackened chicken bánh mì. My favorite bite recently was a pound of boiled shrimp, dripping in Krio’s One Love sauce, which is a combination of butter + garlic + green onion + coconut milk + dry rub spices and more. It’s drippy and delicious, best finished off by dragging chargrilled bread through the leftover butter. When they ask if you want a bib, just say yes.

Dallasites in-the-know seem to love Mike’s Chicken, a casual counter-service spot next to a laundromat on Maple Avenue. Good news for those who live near Preston Hollow, Lake Highlands or Addison, co-owner Tram Dao and her family are opening a second Mike’s near Forest Lane and Central Expressway, across the street from Medical City Dallas, reports our Claire Ballor.

Kimo and Kalani Mack, the brothers behind Mo’Bettahs Hawaiian Style Food, were bus drivers in Hawaii before they decided to move to the mainland — mostly, to escape the high prices of the island. They’d never operated a restaurant, but they missed the Hawaiian food Mom made back home, so they opened Mo’Bettahs in Utah in 2008, selling teriyaki beef and chicken with sides of white rice and macaroni salad. In 2017, the lucky little company was scooped up by Savory Restaurant Fund, which put $90 million into several up-and-coming restaurant groups, including Mo’Bettahs. In the next few years, you can expect to see a bunch of Mo’Bettahs expand across North Texas and beyond.

For now, Mo’Bettahs has restaurants at 1801 Preston Road (at Park Boulevard), Plano; and at 6471 Northwest Highway (at Abrams Road), Dallas. Mansfield and Forney are next.

We called out Rodeo Goat in Plano for its great patio, but it deserves another accolade: This restaurant’s owner, Shannon Wynne, wants to raise $250,000 for World Central Kitchen in Ukraine. Rodeo Goat and several other D-FW restaurants are collecting a $1 donation from each receipt, hoping they can raise some big bucks in just two months. “We can’t just sit here and eat our burgers,” Wynne says about the war in Ukraine. It feels like a good reason to take action.

The $1 donations will be collected at Rodeo Goats in Dallas, Fort Worth, Irving, Plano and Rockwall and at its sibling restaurants: Meddlesome Moth in Dallas; Flying Saucers in Irving, Fort Worth and Rockwall; and at Flying Fishes in Addison, Arlington, Fort Worth, Dallas, Garland and Plano.

Have you been back to Roy Pope Grocery yet? This sweet shop opened in 1943 and remained as a family-owned restaurant selling lunch items like pea salad and pimento cheese alongside a room full of groceries. New owners Chris Reale, Lou Lambert and Mark Harris bought it in 2020, closed it for about a year, then reopened it in 2021, serving some of the old classics alongside some new ones. Reale, the chef, added prime rib and other smoked meats; chicken Paillard; and a new rotisserie chicken. “I thought we could do a restaurant spin on Roy Pope,” Reale says. “I wanted there to be a patio, a coffee bar, a wine bar.” Turns out, we wanted that, too.

Newish Greenville Avenue restaurant Rye is serving up unexpected entrees for foodies who love an experience. Its only flaw, in my eyes, was that it wasn’t open weekdays for lunch. But now it is, on Thursday and Fridays from 11 a.m. to 2 p.m. Next time you’re looking for a cool place to take a friend or coworker mid-day, think of Rye. I’m jonesing to try the blazin’ beef tacos with Korean wing sauce. Or the charcuterie sandwich, a brilliant idea I just might try in my own kitchen soon.

Harry Potter star Emma Watson likes Sclafani’s bagels — and we do, too. Watson strolled into the Preston Center shop in April 2022 after making a surprise visit at a theater class at Dallas ISD school Sudie L. Williams Talented and Gifted Academy. We’re not sure what she ate, but we have a few ideas of what’s good: the lox bagel, add avo, capers, tomato and onion; the meatball sub; and that cheddar-bacon-jalapeño shmear, on anything.

What restaurants should have been on this list? Email sblaskovich@dallasnews.com.

Or, check out past Hot Lists to see which restaurants moved on and off:

Erin Booke contributed to this story.

Foreign investors withdraw Rs 6,400 cr from Indian equity markets in May so far, according to data