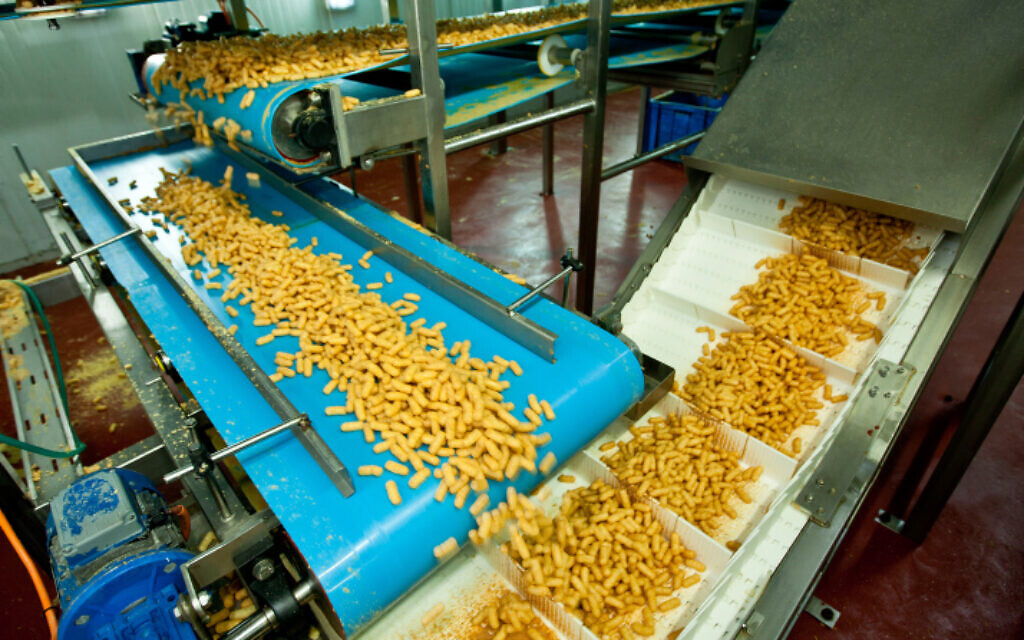 Despite an outpouring of concern, anger and handwringing over the handling of Israel’s current salmonella crisis, the response to it nonetheless shows the advances the country has made on food surveillance and safety in the years since.

The biggest product recall in the country’s history started on Sunday, as numerous lines made by its biggest confectionary producer, Elite, are suspected of containing salmonella. Some have questioned the amount of time it has taken the Strauss Group, which owns Elite, and the Health Ministry to issue a recall, pull products from shelves, shut production and compensate consumers.

But three decades ago, a salmonella outbreak wracked Israel for months before the culprit was found — bizarrely enough, in London. Israeli kids suffered stomach infections at highly elevated levels; some 2,200 people had symptoms serious enough to be reported, though the outbreak is thought to have been even more widespread.

Today, monitoring wasn’t close enough to catch the possible contamination before products were distributed, necessitating a major recall, the closure of the Elite factory for three months, and much worry to people who had eaten suspect items.

However, monitoring was effective enough to speedily identify that food safety had been compromised and take action quickly. Elite products are ubiquitous in Israel, and though the chocolates were likely in huge numbers of households, there have been few reported salmonella cases, and none among the elderly, who are most at risk.

The scare in the mid-1990s, traced to a product just as popular as Elite chocolates, is a fascinating case study in how wrong things could have gone this time around. Exploring the crisis back then, one shudders to think how wide the harm could have been if the pace of detection and recalls hadn’t become so much more efficient.

“The surveillance has improved, the technology has improved and cooperation of companies has improved,” said epidemiologist Dr. Tamar Shohat, who was deputy head of the Israel Center for Disease Control during the crisis of the 1990s.

Elite products being removed from shelves following the discovery of salmonella on the production line at a factory in the Galilee on April 25, 2022. (Avshalom Sassoni/Flash90)

The public health nightmare began in October 1994 as kids started getting sick with stomach problems. Salmonella was found — specifically a strain, S agona, that had been hardly seen in Israel before then.

“Until this time S agona was rarely isolated in Israel since its first appearance in 1969,” according to the authoritative study on this crisis, which Shohat and her colleagues published in the British Medical Journal in 1996.

The eruption was national, and epidemiologists were left scratching their heads, unable to identify a source. There was no single restaurant, cafe, fast food outlet or restaurant chain that was common among those getting sick.

The reason for this, as would later be discovered, was that the culprit was an item that’s so ubiquitous that almost every Israeli child eats it: the peanut snack Bamba, made by Osem.

“We couldn’t identify it as coming from Bamba as it’s so widely consumed,” said Shohat, noting that Elite snacks are equally widely eaten, meaning that if their contamination hadn’t been picked up in the factory it too could have led to a mystery illness.

It would take the crisis going international for progress to be made, as children from the Jewish community in England and Wales began to get salmonella as well. There, it was easy to identify the source, since Bamba is generally only eaten by families who want kosher-certified food and/or feel a connection to Israel.

Experts made a connection between their Bamba-eating and their illness, and put their hypothesis to the test. The strain of salmonella found in the kids was the same found in the Bamba and found in all the Israelis reporting illnesses.

In February 1995, after five months, Israeli children were told not to eat potentially contaminated Bamba, and cases dropped. Further international cases were averted as families avoided the snack — in America encouraged by the Food and Drug Administration, which advised people to steer clear of Bamba for some time.

The current contamination could easily have taken a similar trajectory, after all, Elite confectionary is ubiquitous and present in homes nationwide. But monitoring has been extended, and embraced new technology.

Strauss has come under public criticism for waiting a week to notify the public following initial lab results for salmonella, but the Health Ministry has defended the company and stated that it followed all the relevant guidelines. This matter will be debated over the coming weeks. But overall, action has been swift, and Strauss, the parent company of Elite, has shown concern. Shohat said that the transparency of Strauss now, cooperation with authorities and active role in publicizing affected products contrast her dealings with Osem during the Bamba crisis.

“Whatever happens now, it’s clear we’re not talking about hundreds of salmonella cases,” Shohat said. “This reflects a situation by which surveillance and monitoring has improved, and the recall has already happened.”

Israel is now a far more prominent player on the world stage than its size suggests. As The Times of Israel’s Diplomatic Correspondent, I’m well aware that Israel’s security, strategy and national interests are always scrutinized and have serious implications.

It takes balance, determination, and knowledge to accurately convey Israel’s story, and I come to work every day aiming to do so fully.

Financial support from readers like you allows me to travel to witness both war (I just returned from reporting in Ukraine) and the signing of historic agreements. And it enables The Times of Israel to remain the place readers across the globe turn to for accurate news about Israel’s relationship with the world.

If it’s important to you that independent, fact-based coverage of Israel’s role in the world exists and thrives, I urge you to support our work. Will you join The Times of Israel Community today?

We’re really pleased that you’ve read X Times of Israel articles in the past month.

That’s why we started the Times of Israel ten years ago – to provide discerning readers like you with must-read coverage of Israel and the Jewish world.

So now we have a request. Unlike other news outlets, we haven’t put up a paywall. But as the journalism we do is costly, we invite readers for whom The Times of Israel has become important to help support our work by joining The Times of Israel Community.

For as little as $6 a month you can help support our quality journalism while enjoying The Times of Israel AD-FREE, as well as accessing exclusive content available only to Times of Israel Community members.

Thank you,
David Horovitz, Founding Editor of The Times of Israel