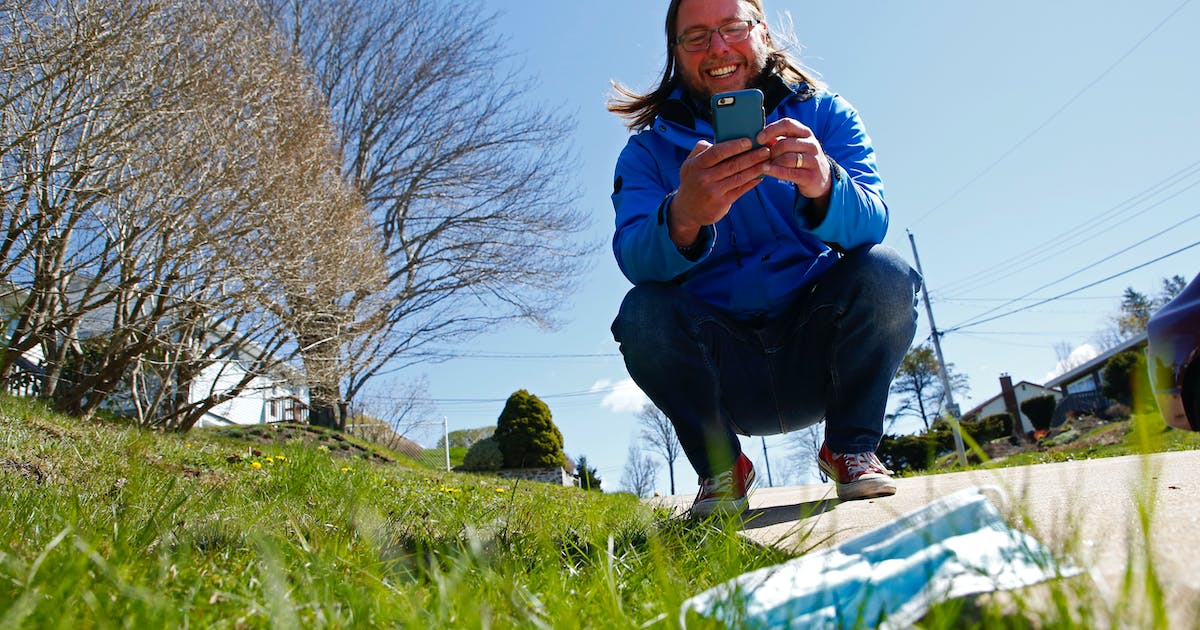 Potholes and litter — two sure signs spring is definitely here in HRM.

“The most common right now is fast-food waste, like McDonald’s bags or fast-food cups. Cigarettes are still found, like everywhere,” said Kali Hines, who has been picking up litter in the Halifax Regional Municipality for about two years.

Potholes are one thing, but HRM has a new, modern tool to help with the other. With supportive funding from the province, the municipality purchased licensing rights to the app Litterati for $13,000 for one year.

When people download the app, they take a photo of garbage and pick it up. The app creates a competitive atmosphere for picking up litter, but also provides Symonds and his crew with data about what kind of litter is out there and where. It launched in late April and HRM is the first municipality in Canada to give this app a try.

“We have a year-long challenge that we’ve issued under Clean HRM and people can join that challenge and they can go out and start taking pictures of litter and picking it up. It’s that easy,” he said.

The clean HRM challenge has a goal of picking up 20,000 pieces of garbage by April next year, with nearly 1,500 pieces picked up so far. There is also the opportunity for communities and groups to host their own challenges. Symonds said they’re going to be working with schools in the fall on small, private pickup challenges where schools challenge each other.

There’s also a leader board for individual users to show how much they picked up.

Hines, who is involved with the Great Nova Scotia Pick-Me-Up and Adopt-a-Highway initiatives, said adding a little competition to litter pickup is often effective. She said she’s noticed a resurgence in people interested in picking up litter this spring as pandemic restrictions have eased.

“Having other people to compete against … I think that would really drive people,” she said. “I find it keeps people into the routine, having that competitive aspect.”

Picking up litter data, comprised of photos and locations, is also a valuable tool for the municipality.

“We don’t have a lot of data on litter. We talk about litter prevention and mitigation, but we don’t always know what kind of litter is out there, we don’t know where it is,” Symonds said.

This kind of data could influence policy decisions, or even where municipal crews place garbage receptacles.

While he doesn’t have statistics on how much litter is out there, there’s enough for his department to be concerned, Symonds said.

“Here’s what I can tell you, right off the bat, drink cups are the number one item we’re picking up. We’ve picked up almost 780 of them and that accounts for about 65 per cent of the total stream,” he said. “We’re already getting data we can use.”

They don’t have information on the number of residents who have downloaded the app, but Symonds said about 20 people so far have participated in clean up challenges so far.

But, noted Symonds, it’s important to note this initiative is focused on litter cleanup, not to report illegal dumping.

“We have our Halifax recycles app and residents can use that to report illegal dumping,” he said.