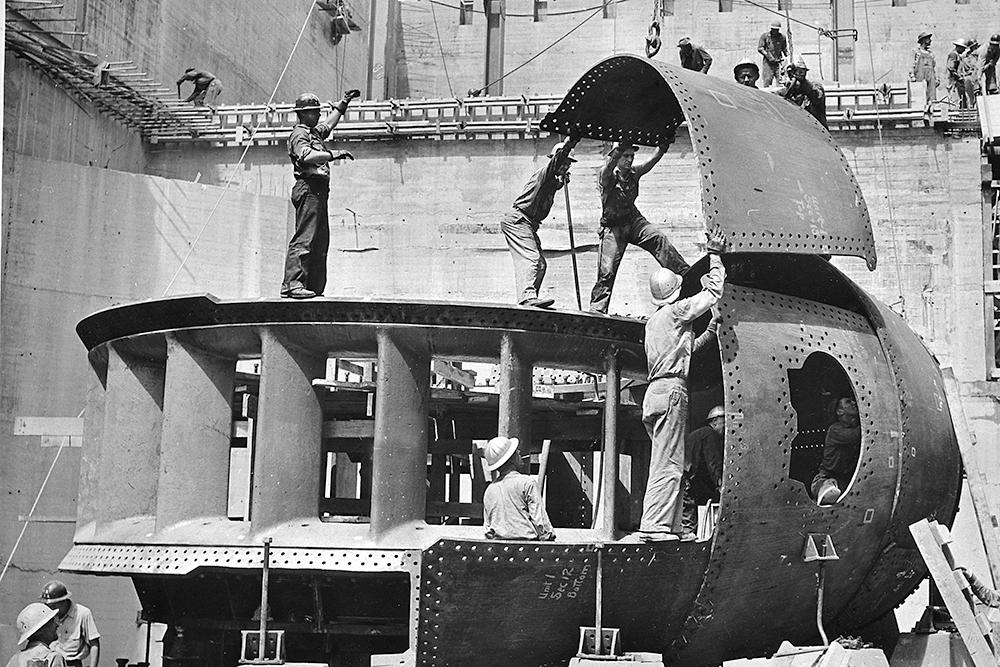 The price of fertilizer has nearly doubled over the past year.

The cost of this key farm input has eased since the spring but remains elevated as farmers jockey for supply in a shattered global market. Trade and energy disruptions once viewed as temporary could stick around: High gas prices in Europe are shrinking production, China continues to restrict phosphate exports, and Lithuania is curbing potash shipments from Belarus. The notoriously cartelized industry is dominated by a few producers in resource-rich states, meaning that each additional cutoff stings.

“Demand continues to rise, and we’re not seeing a tremendous amount of global production coming back online,” Josh Linville, a market analyst at StoneX Group, told the Prospect. He sees years of elevated prices stretching ahead.

As prices surged in March, the Department of Agriculture (USDA) launched an investigation into anti-competitive practices in the sector, pointing out that three-quarters of all nitrogen fertilizer in the U.S. is supplied by four companies, while just two companies control the majority of potash supply.

It’s one of several strongly worded competition orders the Biden administration has issued in recent months. But several of those bold opening gambits have languished in the investigation phase, facing headwinds in Congress and a hostile judiciary. The White House has been reduced to touting a website that USDA and the Department of Justice have established for complaints about competition in agriculture.

Andy Green, a senior advisor to USDA on Fair and Competitive Markets, told the Prospect that one challenge is the weakened state of the law on practices like predatory pricing. “We’ve got to have a whole-of-government approach,” Green told the Prospect on anticompetitive behavior in fertilizer markets. “I don’t have a magic bullet.”

Meanwhile, Secretary Tom Vilsack announced at the annual Commodity Classic, an agriculture convention, that it would award $250 million in grants for independent fertilizer production. It later doubled that sum to $500 million. Given the size of the market participants, however, analysts are skeptical the grant will make a dent. Building a competitive new nitrogen production facility would cost around $5 to $7 billion for a new entrant, Linville said. “$500 million isn’t even a down payment.”

That makes creative thinking about market structure more important. And one public entity could be fired up to help meet the challenge.

The Tennessee Valley Authority (TVA), established as part of the New Deal, was once a lead researcher and producer of fertilizer, providing American farmers with affordable, high-quality nutrients and pioneering methods for boosting crop yields. Though the TVA is today known mostly as an electricity provider, the largest federal power utility once played a role in regional development ranging from flood control to forestry. But beginning in the 1970s, the agency’s formidable capacity to produce fertilizer was rechanneled into technical assistance for developing countries, and subsequently wound down.

The TVA claims credit for having developed or improved three-quarters of fertilizer used globally. That leadership began during World War I, when the government opened construction on a hydroelectric dam on the Tennessee River between Florence and Muscle Shoals, Alabama, to supply nitrate for gunpowder manufacturing.

The war ended before Wilson Dam was completed. Spotting a deal, automaker Henry Ford proposed to develop the area with a $5 million, 99-year lease on the dam. In contrast to “exploitative financial projects advanced by Wall Street financiers,” Ford pledged to develop Muscle Shoals “along unselfish lines.”

But Nebraska Senator George Norris, a trustbusting progressive, blocked the proposal in favor of public development in the Tennessee River Valley. Ford moved on to other dreams like building Fordlandia in the Brazilian Amazon. Meanwhile, Norris’ proposals to develop production at Muscle Shoals languished in the Senate until the election of Franklin Roosevelt, who ran on his plan to invest in the region. TVA was given a specific mandate to develop fertilizer and improve crop yields.

World War II further spurred investment in plants like an ammonia facility, built to supply nitrogen for munitions and explosives, that was authorized to channel excess to American farms. During the war, the TVA used experimental techniques on local farms. By 1943, according to a World Bank report, the agency was working with some 15,000 farms, where agricultural productivity tripled.

The “Fertilizer Trust,” as private producers were called in the press, bristled. But in the decades after the war, according to a history of the TVA by the political scientist Erwin Hargrove, the agency shifted more heavily into research, and “the demonstration of techniques for the use of fertilizer on home demonstration farms gradually receded in favor of a scientific effort to produce new fertilizers for the industry.”

The 1973 oil shock and inflation sent fertilizer prices soaring, prompting alarm over a looming food crisis in the developing world. At a special meeting of non-aligned nations that year in Algiers, poorer countries underscored the severity of rising food prices. Secretary of State Henry Kissinger saw an opportunity.

Kissinger announced a new initiative to address world hunger. The International Fertilizer Development Center (IFDC) would divert the TVA’s industrial firepower away from domestic production and assign it an international mission of building soft power with American technological know-how.

Meanwhile, the TVA underwent a domestic pivot starting under President Jimmy Carter. In response to a call for ideas on energy conservation in the 1970s, an agency report “urged Carter to support TVA research on the process for trapping coal pollutants at the combustion stage in power plants.” Others at the agency proposed solar co-ops, railroad electrification, and a “massive electric vehicle program.”

The TVA’s investment of $41 million in fertilizer research through 1981 created benefits worth some $57 billion to U.S. agriculture, according to a 2008 study.

None of these proposals came to fruition. Instead, beginning in the 1970s and under the guise of reorienting toward more lightweight, environmentally benign activities, leadership curbed the agency’s core focus on power and agriculture. The “zero growth” movement of that decade found an enthusiastic audience in TVA Chairman S. David Freeman. As Hargrove puts it, “Freeman’s TVA would forsake power intensive industries and pursue the growth of high-technology companies because the latter would permit the maintenance of a nice environment in the valley.”

The agency’s founding charter grants it the ability to open research laboratories, access patents, purchase, manufacture, and distribute fertilizer. TVA is authorized to supply nutrients “by the employment of existing facilities, by modernizing existing plants, or by any other process or processes that in its judgment shall appear wise and profitable.”

In fact, TVA’s responsibility to make fertilizer affordable is nothing less than a mandate. “It is further declared to be the policy of the Government to utilize the Muscle Shoals properties so far as may be necessary to improve, increase, and cheapen the production of fertilizer and fertilizer ingredients,” the legal code reads.

The TVA’s investment of $41 million in fertilizer research through 1981 created benefits worth some $57 billion to U.S. agriculture, according to a 2008 study by IFDC. Yet despite those extraordinary returns, fertilizer production at TVA was mothballed beginning in the 1980s.

In May 1990, the production facilities were shuttered and used for experiments with environmentally friendly fertilizer products that used industrial waste. By 1994 it was purely a research facility. Over the last decade TVA has moved to privatize the facilities, auctioning off 900 acres to a private corporation, “Muscle Shoals Holdings,” in 2018, and retaining about two-thirds of the land.

However, TVA could renew its fertilizer production, doing its part to increase global stocks at a precarious time for world food prices. It could also lead research into less carbon-intensive fertilizer, a crucial field. Nitrogen fertilizers in agriculture are a major source of greenhouse gas emissions. But poorly executed organic farming schemes can have perverse consequences for food production and can even raise emissions.

Asked by the Prospect about drawing on these authorities, USDA’s Green declined to weigh in. The TVA did not respond to multiple requests for comment. The agency is currently operating under its own capacity constraints. The Senate has not yet confirmed several nominees for the TVA’s board, shrinking its bandwidth as it considers key investments in nuclear energy and natural gas. Those priorities probably limit its ability to propose creative responses to sectors like fertilizer.

The Biden administration has talked about the importance of renewing domestic production, and emphasized that it is breaking with previous administrations by being willing to talk openly about “industrial policy.” Yet the two major pieces of legislation intended to boost domestic resiliency—the Senate-passed U.S. Innovation and Competition Act, and the butchered tax, jobs and climate package—have been dramatically narrowed or liquidated.

Meanwhile, critics of corporate power say they are ready to see antitrust action that goes beyond requests for comment. “They are really focused, and have gained a great understanding of the control over our food system by a handful of companies,” said Joe Maxwell, a farmer who is president of the Family Farm Action Alliance. “But they seem to be in a quagmire about what to do. They have not had any real firm, solid actions.”

Maxwell would welcome a proposal to fire up Muscle Shoals to compete with American fertilizer producers, he said. “The public good should be rewarded for investment in that dam.”

Yesterday, the U.S. International Trade Commission rejected new ​​anti-dumping duties on fertilizer from Russia and Trinidad & Tobago, shooting down an earlier determination by the Commerce Department. But while some trading curbs relax, industry is not moving towards more production.

Instead, analysts project more volatility and elevated prices. Andres Santacruz, a trader at Russian fertilizer producer Acron Group, said the price runup of the past year cracked a “psychological ceiling,” showing traders just how much they could charge farmers. “Anybody who was able to sell urea [fertilizer] at $1,000 will want to go back to that price when the market gives them any excuse,” he said.

Linville said it would be tough to find a market analyst who could evaluate the potential impact of TVA restarting production. Besides, he said, he is typically skeptical of too much state involvement in fertilizer markets, since he believes demand should naturally correct imbalances in supply.

But given the persistent protectionism, he and other fertilizer watchers are quickly getting familiar with an environment of more government intervention. Considering the merits of the TVA firing up facilities at Muscle Shoals, Linville said, “one more entity looking to enter the fray and help put more supplies in the marketplace—today, with the world we’re living in, that’s welcome.”