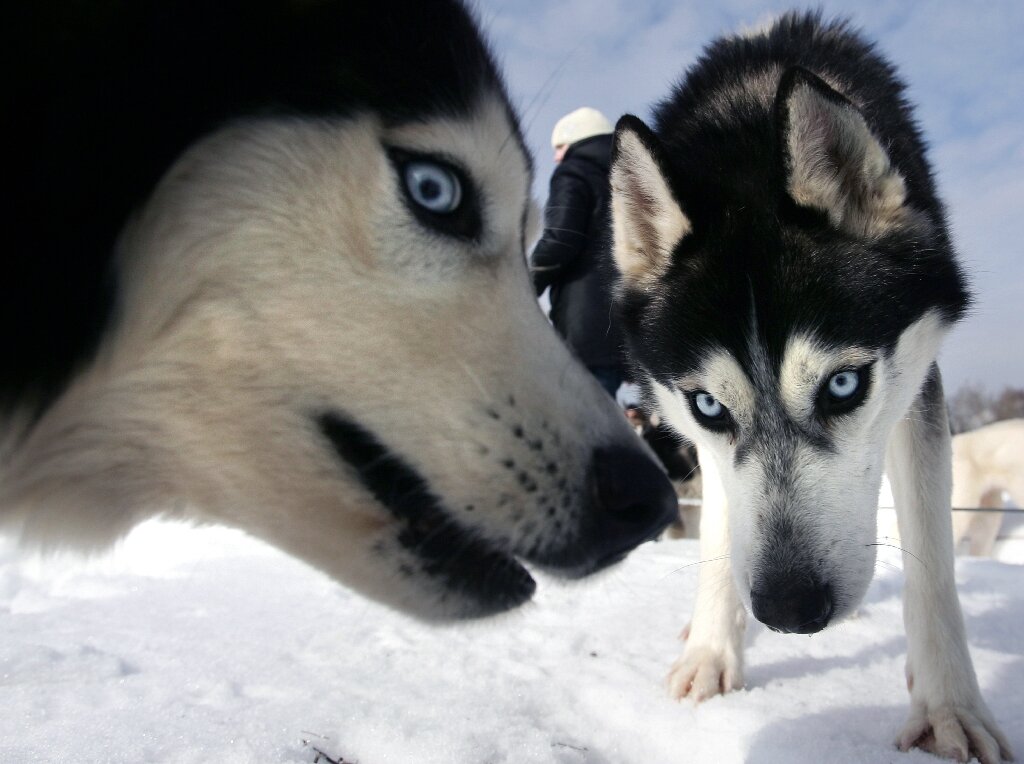 As early as 7,400 years ago, Siberian dogs had evolved to be far smaller than wolves, making them more dependent on humans for food including sea mammals and fish trapped below the ice, a new study showed Friday.

Robert Losey of the University of Alberta, who led the research published in Science Advances, said the findings helped explain the growth in the early dog population, as people put them to work for hunting, herding and sledding.

“The long term changes in dog diet have really been oversimplified,” he told AFP, explaining that prior work had focused only on two main ideas to explain how dogs transitioned from wolves, a process that began some 40,000 years ago.

The first of these was that friendlier wolves approached human camps during the Ice Age to scavenge for meat, eventually became isolated from their wild counterparts, and were then intentionally bred into dogs.

The second was that some dogs evolved a better capacity to digest starches following the agricultural revolution, which is why some modern dog breeds have more copies of the AMY2B gene that creates pancreatic amylase.

To study ancient dog diets in more depth, Losey and colleagues analyzed the remains of around 200 ancient dogs from the past 11,000 years, and a similar number of ancient wolves.

“We had to go to collections all over Siberia, we analyzed those bones, took samples of the collagen, and analyzed the protein in labs,” he said.

Based on the remains, the team made statistical estimates for body sizes.

They discovered that dogs of 7,000-8,000 years ago “were already quite small, meaning that they just couldn’t do the things that most wolves were doing,” said Losey.

This in turn led to greater dependence on humans for food, and reliance on small prey and scavenging, rather than prey bigger than themselves, which wolves hunt.

“We see that dogs have marine diets, meaning they’re eating fish, shellfish, seals and sea lions, which they can’t easily get themselves,” he said.

Ancient dogs were found to be eating fish “in areas of Siberia where the lakes and rivers are frozen over for seven to eight months of the year.”

Wolves of the time, and today, were hunting in packs and mainly eating various species of deer.

These new diets brought dogs both benefits and challenges.

“Beneficial because they could access stuff from humans, and those are oftentimes easy meals, but it came with the costs of all these new diseases and problems, like not enough nutrition,” said Losey.

While the new bacteria and parasites they were exposed to could have helped some adapt, some dog populations might not have survived.

Most of the first dogs of the Americas died out, for unclear reasons, and were replaced by European dogs—though it’s not thought colonization was to blame.

Those dogs that did survive acquired more diverse gut microbiomes, helping them further in digesting more carbohydrates associated with life with humans.

This document is subject to copyright. Apart from any fair dealing for the purpose of private study or research, no
part may be reproduced without the written permission. The content is provided for information purposes only.

Investors get fast food giants to commit to science-based targets, call for more action on water

Heavy metals, pesticides, Salmonella spur FDA to crack down on some food imports