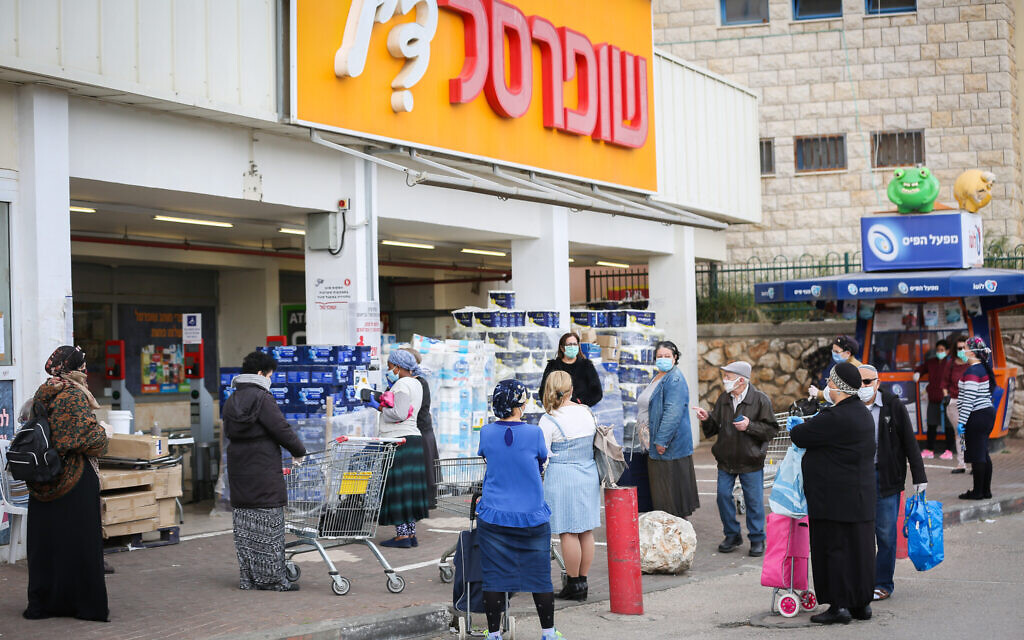 The Shufersal supermarket chain said Sunday it was recalling biscuits it markets under its own brand due to fears of nylon fibers in the baked goods.

The chain said it feared the fibers had accidentally entered the biscuits during production, and it was collecting the products from stores “out of caution.”

“Products in other date ranges are sound and there is no concern in consuming them,” the company said.

The recall comes on the heels of a massive recall of products made by the Strauss Group, one of Israel’s leading food producers.

Some of Strauss’s food products were tainted with salmonella. The recall was first announced on Monday, and expanded over several days to include a wide range of chocolates, wafers, cakes, cookies, ice cream, gum and candy.

It is believed to be one of the largest recalls in Israel’s history.

The problem originated at a Strauss factory in Nof Hagalil. On Thursday, Health Ministry director Nachman Ash said the factory would be shut down for three months while work was undertaken to investigate and repair the damage.

In its Sunday report, the Health Ministry slammed Strauss for a series of oversights and failures that it believes led to the spread of salmonella at the factory.

According to the Health Ministry, out of 300 samples taken so far from the factory in question, about 30 have come back positive for traces of salmonella.

The ministry cited a range of issues that it blamed on Strauss, including construction work at the factory that was undertaken without concern for its effects on production; an infiltration of pigeons into the factory that could potentially have played a role; the unfilled role of a director of food safety at the factory; and improper thawing conditions for dairy fats used in chocolate production.

It also noted that as of Sunday morning, 21 people in Israel have reported salmonella poisoning symptoms who are believed to have consumed affected products.

The Health Ministry said there was no connection between the salmonella contamination at the Strauss factory and a similar contamination in Belgium affecting Kinder chocolate eggs.

Israel is now a far more prominent player on the world stage than its size suggests. As The Times of Israel’s Diplomatic Correspondent, I’m well aware that Israel’s security, strategy and national interests are always scrutinized and have serious implications.

It takes balance, determination, and knowledge to accurately convey Israel’s story, and I come to work every day aiming to do so fully.

Financial support from readers like you allows me to travel to witness both war (I just returned from reporting in Ukraine) and the signing of historic agreements. And it enables The Times of Israel to remain the place readers across the globe turn to for accurate news about Israel’s relationship with the world.

If it’s important to you that independent, fact-based coverage of Israel’s role in the world exists and thrives, I urge you to support our work. Will you join The Times of Israel Community today?

We’re really pleased that you’ve read X Times of Israel articles in the past month.

That’s why we started the Times of Israel ten years ago – to provide discerning readers like you with must-read coverage of Israel and the Jewish world.

So now we have a request. Unlike other news outlets, we haven’t put up a paywall. But as the journalism we do is costly, we invite readers for whom The Times of Israel has become important to help support our work by joining The Times of Israel Community.

For as little as $6 a month you can help support our quality journalism while enjoying The Times of Israel AD-FREE, as well as accessing exclusive content available only to Times of Israel Community members.

Thank you,
David Horovitz, Founding Editor of The Times of Israel