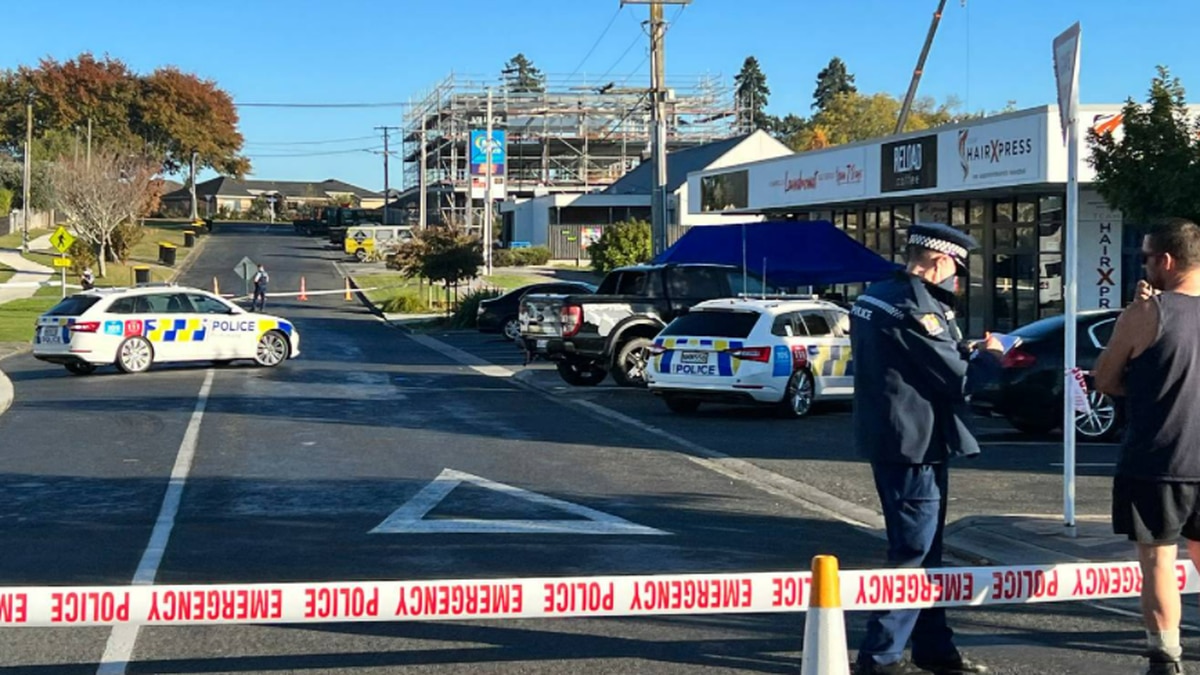 The Sahara Restaurant in Cambridge was cordoned off this morning after three people were stabbed. A man has been charged and appeared in court today. Photo / Christine Dawkins

A woman fled an alleged knife-wielding attacker with cuts to her face and a collapsed lung after a stabbing at a Cambridge restaurant.

She ran across the road to the BP service station to get help, despite later being rushed to hospital in a critical condition, court documents show.

A 31-year-old man is accused of entering the rear door of the Sahara India restaurant in Leamington at 8.35pm on Wednesday and stabbing two people as the woman and a man worked in the kitchen.

A third person was also injured as he attempted to intervene, suffering a stab wound to the abdomen and losing a litre of blood.

A police summary of the incident, presented to the Hamilton District Court during the accused’s appearance today, said the alleged attacker acted in a “quick and aggressive manner”.

The man allegedly walked into the restaurant kitchen, and held one arm up with a clenched fist near his head, holding a knife with the blade pointing outwards.

The summary says the man approached the male victim from behind, allegedly stabbing him in the left shoulder by swinging the knife in a downwards motion, leaving him in a serious condition.

It remained unclear how the woman sustained her injuries but she suffered cuts to the left side of her face and a stab wound to her upper back.

After raising the alarm she was taken to Waikato Hospital in a critical condition with a punctured lung, causing a right collapsed lung and blood in her chest cavity.

The other man in the restaurant was allegedly stabbed in the right abdomen when he came to the aid of the pair in the kitchen. He was also taken to Waikato Hospital in a critical condition after losing about one litre of blood.

The accused then allegedly walked out of the restaurant holding a chair and throwing it at the front windows, causing them to smash.

When questioned by police, the defendant declined to be interviewed, according to the summary of facts.

However while being forensically swabbed in police custody by a doctor, he is alleged to have said, “this is a bit excessive for only stabbing three people”.

The accused is facing three charges of wounding with intent to cause grievous bodily harm and one charge of wilful damage.

He was remanded in custody by Judge Paul Mabey and given name suppression for seven days.

He will reappear in court on May 18.

Raising the bar: What makes a good bar a great bar?