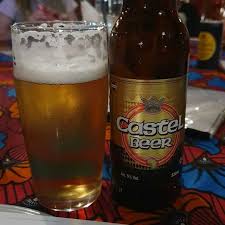 Castel Malawi Limited has raised the prices of alcoholic and non-alcoholic beverages due to the rising cost of production and distribution factors.

Chantel Akoumany, Commercial and Marketing Director  of Castel Malawi Limited has confirmed of the development in a statement made available to this publication.

According to Akoumany, the adjustment of prices has come four years after the company effected major price hike which necessitated by increasing prices of fuel, utilities and the depression of the kwacha.

“Effective May 1, we will be adjusting upwards the prices of selected products in the beer, alcomix, squash as well as carbonated drinks categories due to global inflation in the operating environment.

“Despite all our efforts to maintain the current prices, we are compelled to take this decision due to the increase in production and distribution costs following the increase in price of fuel, utilities as well as depreciation of the kwacha,” reads in part the statement.

The new price structure for non-alcoholic beverages is as follows: Coca-cola and Fanta (300ml) which was at K300 per bottle is now at K360 per bottle while Orange Squash is at K2600 from the price of K2200.

While the alcoholic products for example Castel beer is now at K600, Carlsberg Chill is selling at K900 and Carlsberg Green (330ml) is at K700.

On the other alcoholic products the prices have not been revised, like those in the category of KucheKuche, Premier Brandy, Doppel Munich, Shandie flavoured beer, Malawi Gin, Malawi Vodka.

Rising cost of living is driving Indians to save more money: EY report