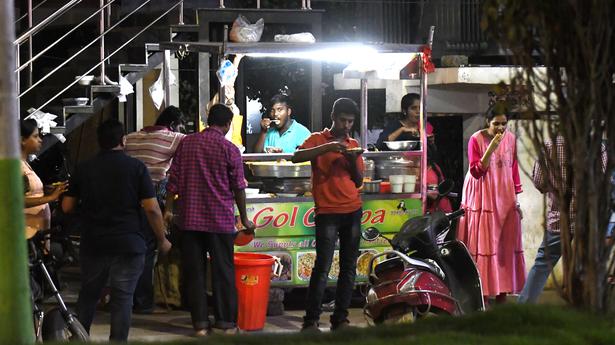 In a series of raids conducted over the past five days, the Food Safety wing issued closure notices to 110 food joints, including 61 which had no mandatory registration or licence and 49 which lacked hygiene, a statement issued by Health Minister Veena George said.

Ms. George said the Food Safety wing was conducting continuous inspections as part of the campaign, Good food is people’s right and that anyone found compromising on safe and hygienic practices would not be spared.

From May 2, the officials conducted 1,132 inspections. Apart from the closure notice issued to 110 food joints, notices were issued to 347 outlets for immediate correction of unsafe practices. A total of 140 kg of stale meat was seized and destroyed by officials. About 93 food samples were collected and sent for analysis.

The Food Safety wing launched special initiatives to detect adulteration in seafood (Operation Matsya) and in jaggery (Operation Jaggery). Coconut oil, curry powders and milk have been identified as other food items in the market which could be adulterated and requires close monitoring.

More raids will be conducted in the following days, centred around check posts, shops, markets and food manufacturing centres.

McDonald’s opened in Russia 32 years ago. The fast-food giant is now leaving the country for good