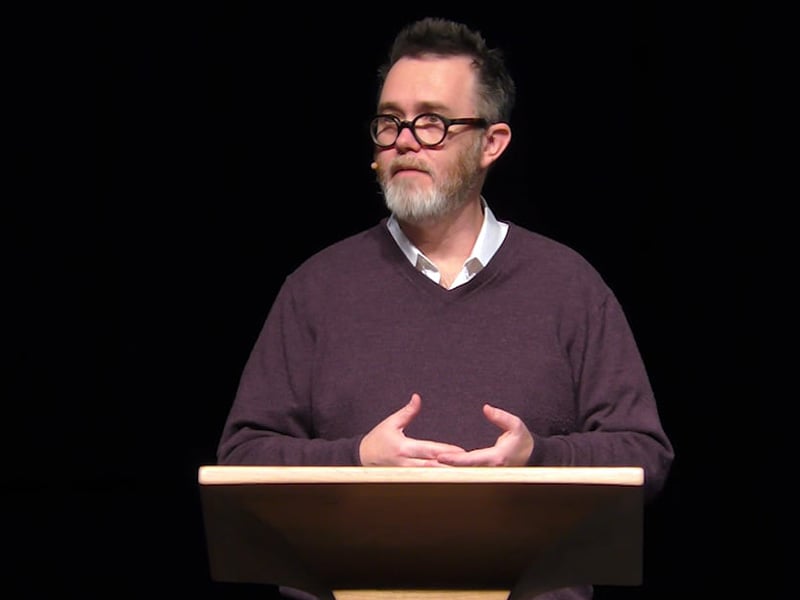 (RNS) — For the first time in memory, Russia’s invasion of Ukraine has brought the politics of Orthodox Christianity to widespread attention in America.

From the New York Times, Washington Post and the Atlantic to CNN and FOX News, reportage and opinion pieces have explained the Ukrainian roots of Russian Orthodoxy; examined the tension between the Russian Orthodox Church and the new, independent Ukrainian one; pointed out the ideological dovetailing of the ROC’s ecclesiastical ambitions and Vladimir Putin’s dreams of imperial restoration; and scrutinized Patriarch Kirill of Moscow’s support for Putin’s invasion and the opposition this has raised in the wider Orthodox world.

By way of background in this first of two columns, let’s note that Dreher is a latecomer to Orthodoxy, having joined the Orthodox Church in America when he was nearly 40, in 2006. He belongs to a contingent of conservative intellectuals who in recent decades have converted to one or another branch of Eastern Orthodoxy, attracted by its antiquity, its liturgical splendor, and its presumed moral traditionalism.

Dreher’s spiritual odyssey began in his 20s, when he converted from the Methodism of his childhood in Louisiana to Catholicism. It was the Catholic abuse scandal that caused him to move on — a scandal that was, in his view, more about the presence of sexually active gay priests in the church — the “Lavender Mafia” — than pedophilia per se.

He became connected to Orthodoxy’s Russian wing by joining the OCA, a a small church body of a few tens of thousands of members that traces itself to the Russian missionaries who arrived in Alaska at the end of the 18th century. It remained part of the ROC until 1970, when Moscow granted it independent status — “autocephaly,” in Orthodox jargon.

At the time of his conversion, Dreher was working as an editorial writer and columnist at the Dallas Morning News, having made his bones as a Man of the Right sequentially at the Washington Examiner, the New York Post and National Review Online. He soon became the most widely read columnist on Beliefnet, carving out an identity as “Crunchy Con,” a moral traditionalist who was nonetheless hip to granola and organic vegetables.

In 2010, when he was briefly and unhappily directing publications for the Templeton Foundation, Dreher involved himself in a bitter and baroque civil war inside the OCA in which he anonymously promoted the efforts of the church’s then leader, Metropolitan Jonah, to embrace the agenda of the religious right. Writing under the pseudonym “Muzhik” (Russian for “The Peasant”), he denounced the proprietor of an anti-Jonah website as a gay man who for that reason should be removed from his position on the OCA’s Metropolitan Council.

Since leaving Templeton, Dreher has established himself on The American Conservative website as one of the last of the old-time bloggers, alternating religious and political reflections with accounts of his life and lengthy annotated quotes from the writings of others. The best known of his several books is “The Benedict Option,” in which he argues that, like the monks of the early Middle Ages, religious conservatives should live apart from a world that had fallen into moral disarray.

Since that book appeared in early 2017, Dreher has discovered his own place in the “Moralist International” of right-wing populists who wear religion on their sleeves. He has embraced Victor Orban’s illiberalism with maximum enthusiasm, visiting Hungary for extended periods of time and portraying it as the answer to the gender-fluid corruption of Western elites.

But Dreher’s true spiritual homeland is not Catholic Hungary but President Putin’s and Patriarch Kirill’s “Russkiy Mir” — Russian World. Which brings us, next time, to Dreher’s take on it is doing in Ukraine.

Faux Meat Gobbling Up the Food Market – Run out of the Steam or Future Looking?