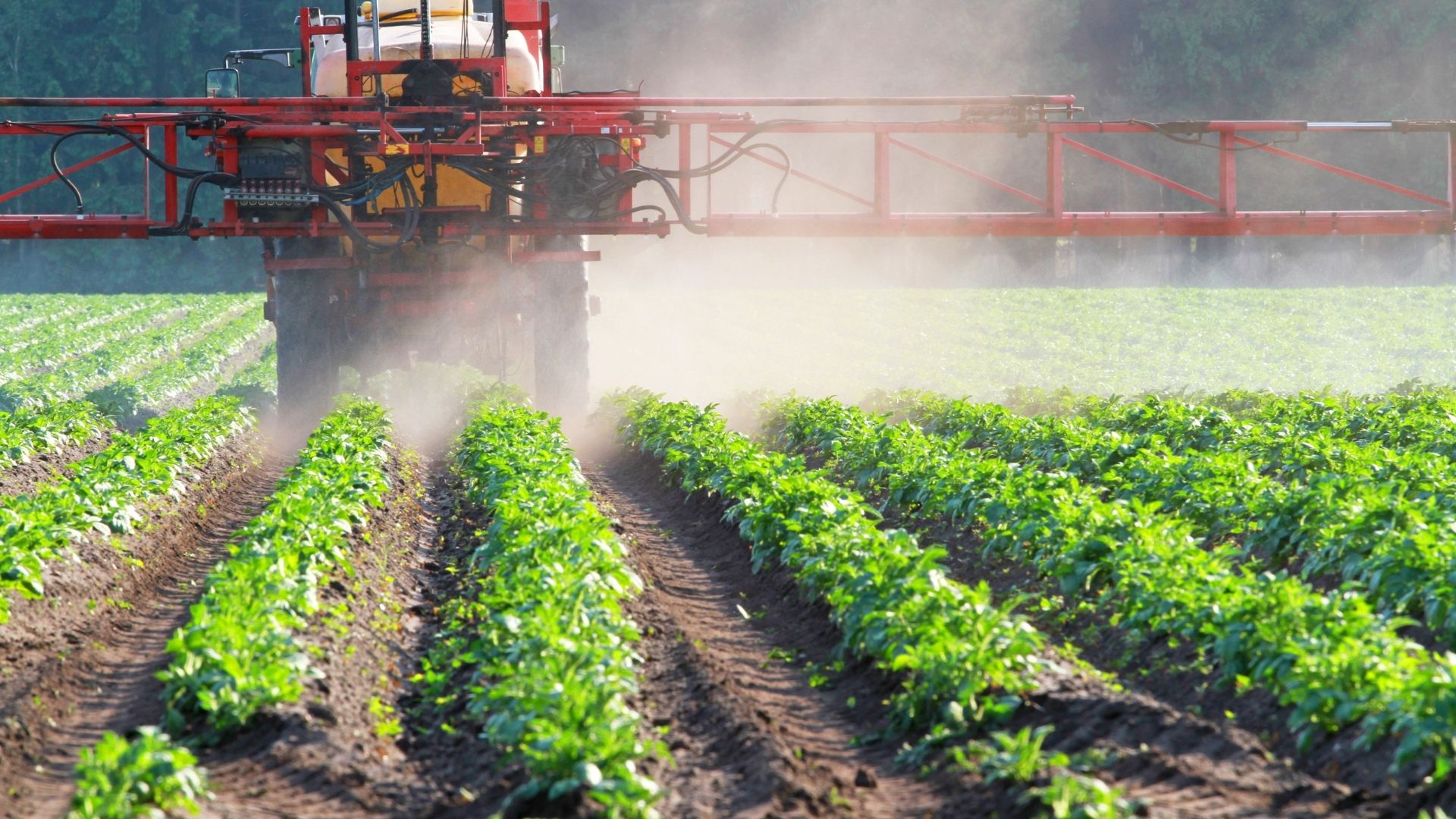 (Beyond Pesticides, May 27, 2022) In a U.S. Environmental Protection Agency (EPA) court document filed on May 16, the agency signaled potential changes to the labeling it requires for “over the top” (OTT, or post-emergent) herbicides containing dicamba, a very problematic pesticide. The filing — in U.S. District Court for the District of Arizona, where EPA currently faces litigation about its 2020 dicamba registrations — comes as a result of Bayer, Inc.’s March 2022 proposed amendments to EPA registration for its XtendiMax herbicide, which contains dicamba and glyphosate. Beyond Pesticides has covered the dicamba saga for years, including the EPA Office of the Inspector General’s critical 2021 report citing an abandonment of science and assault on agency integrity for EPA’s dicamba decisions during the Trump years.

Dicamba has been linked to cancer, reproductive effects, neurotoxicity, birth defects, and kidney and liver damage. It is toxic to birds, fish, and other aquatic organisms, and is known to leach into waterways after application. Dicamba also causes serious damage to non-GE (genetically engineered), non-target plants, damaging habitat and food sources for various organisms, especially for birds and insects.

According to Progressive Farmer, EPA is currently considering some dicamba use restrictions after Bayer submitted them to EPA for the 2023 spray season; purportedly, these amendments involve additional use restrictions in counties that are home to federally listed endangered or threatened species. Apart from Bayer, the only other manufacturers of dicamba herbicides for OTT applications are Syngenta (with its Tavium product) and BASF (with Engenia); they have alerted EPA that they, too, “may propose alternative restrictions on . . . dicamba use prior to the 2023 growing season.”

In a statement to DTN (the communications company for Progressive Famer), Bayer asserted: “Our proposed amendments are meant to address the EPA’s stated concerns about protecting endangered species in certain counties in the U.S. We are examining all actions we can to ensure that this important tool remains available for our customers.”

Progressive Farmer writes, “This court filing was prompted by Arizona District Court judge, David C. Bury, asking EPA to clarify its plan for dicamba regulation in 2022 and beyond, in an effort to determine if he should lift a stay and let the lawsuit proceed. The plaintiffs, environmental groups led by the Center for Food Safety and Center for Biological Diversity, are asking the district court to vacate EPA’s 2020 dicamba registration entirely, based on its risks to the environment and endangered species (see more, below).

Why the sudden interest in threatened species coming from the chemical industry? In January 2022, EPA announced it would change course and follow the law by methodically reviewing the impacts of pesticides on endangered species prior to registering a pesticide for use (or re-registering subsequent to the required review of registered pesticides every 15 years). This, along with the court’s request, likely spurred dicamba manufacturers — who are not unaware of the impacts of their products on organisms and habitats — to propose such amendments.

If this sounds backward . . . it is. Why are proposed, piecemeal “amendments” to use allowances for dicamba coming from companies that make them, rather than from the federal body tasked with regulating pesticide use and protecting human health and the environment? Why does EPA at least appear to be taking its cue from industry? And why would EPA not simply evaluate the (extensive) environmental and health threats dicamba poses, make public that information, and de-register it on that basis? To nearly no one’s surprise, there is a considerable history of industry bias at EPA, as Beyond Pesticides has explored here, here, here, here, and here.

Before 2016, dicamba was used as a pre-planting or post-harvest “burndown” herbicide — to reduce both weedy biomass and the number of viable weed seeds in crop fields. One of the reasons for the herbicide’s great destructive potential is that dicamba formulations are notoriously drift prone — able to travel well more than a mile off the target site and harm or kill non-target plants.

EPA’s 2019 allowance of over-the-top spray applications of products with a combination of dicamba and S-metolachlor, and of mixtures of dicamba and glyphosate, has resulted in very significant environmental damage. Researchers found that dicamba formulations become even more volatile and drift-prone in hot conditions and when tank-mixed with glyphosate. Dicamba’s intensive use has, whether by design or not, also eroded the market for non-GE soybeans because growers saw GE dicamba seeds as the one way to escape rogue dicamba damage to their farms. (Meanwhile, it turns out that XtendiMax and Engenia, which were ostensibly formulated to be less drift prone, are not appreciably less volatile than prior formulations of dicamba.)

The destructive environmental impacts of this compound have been extensive. Levels of damage to non-GE crops and to trees, organic production fields, orchards, and other sites has been so severe in some areas that many lawsuits ensued, and states began generating restrictions on the compound’s use — scrambling to enact limits on when and how dicamba can be used, amend buffer zones around application sites, and in some cases, ban its use outright.

A report in late 2019 by Arkansas Audubon found widespread impacts to the habitat of birds and other wildlife, asserting that it “predicts that in a landscape full of GMO [genetically modified organisms] crops (on which dicamba is typically used), the atmospheric loading of volatile dicamba could be enough to cause landscape scale damage to our state natural areas, wildlife management areas, national wildlife refuges, family farms, and the wildlife they harbor.”

Dicamba has been the subject of intense controversy in recent years, particularly in the Midwest and South, where it is used extensively on GE soybean and cotton crops. After intensive use of glyphosate herbicides (such as Bayer’s/Monsanto’s Roundup) on much of the three largest U.S. commodity crops (soy, corn, and cotton), resistance to glyphosate-based herbicides in GE crop fields has become rampant. As a response, Bayer/Monsanto developed glyphosate- and dicamba-resistant seeds that would tolerate both compounds. The company released them into the marketplace prior to any EPA approval of a corresponding dicamba-plus-glyphosate product that was expected to reduce dicamba’s drift problem. As Beyond Pesticides explained in 2021: “farmers began using older, unapproved dicamba formulations, but [even after their] approval, new formulations proved too drift-prone and problematic to be used without incident.”

In 2020, a federal court voided the registration of dicamba on GE cotton and soy crops, saying that EPA had “substantially understated risks that it acknowledged and failed entirely to acknowledge other risks” related to the registration of Bayer’s XtendiMax and BASF’s Engenia. Despite that ruling, a few months later EPA renewed the registration of these dicamba compounds. That move prompted yet another lawsuit — there have been many — this one in late 2020 by the same plaintiffs who secured the earlier court decision to void dicamba’s registration (the Center for Biological Diversity [CBD], the National Family Farm Coalition [NFFC], the Center for Food Safety, and the Pesticide Action Network North America [PANNA]).

The suit challenged EPA’s “rushed re-approval of products containing the dangerous, drift-prone dicamba pesticide,” charging that the agency had failed again in its duty “to ensure that the pesticide would not cause unreasonable harm to farmers and farming communities as well as to the environment and hundreds of endangered species.” Advocates’ frustration with EPA was evident in their commentary.

CBD’s Nathan Donley said at the time, “We’re in court yet again because for four years the EPA has repeatedly claimed dicamba is safe, and for four years the agency has been dead wrong, resulting in millions of acres of damage. The Trump administration keeps insisting it wants to grant ‘certainty’ to farmers, and it’s certainly done that. Farmers across the U.S. are now certain dicamba use poses an extremely high risk of damaging neighboring crops, orchards and forests.” NFFC’s Jim Goodman asserted, “The Environmental Protection Agency clearly has no intention of living up to its name or its mission. The agency continues to work on behalf of corporate profits over the health and well-being of farmers, farmworkers and their communities.” And PANNA’s Kristin Schafer commented, “It’s absurd that we have to go to court to force EPA to do its job. Millions of acres of crops have already been damaged by dicamba. This herbicide is hurting farmers and is already creating more resistant weeds, accelerating a dangerous pesticide treadmill.”

Their comments go directly to points that Beyond Pesticides has emphasized, and which other advocates support: EPA is far too enmeshed with agrochemical industry interests; the agency minimizes or ignores real risks and threats in its pesticide evaluations, which behavior contravenes its mission; and these failures of EPA to act protectively and comprehensively cause real-world, on-the-ground harms to people, ecosystems, natural resources, the climate, and all living things.

These proposed amendments from manufacturers of harmful dicamba products — which EPA has signaled it may proffer in the near term as labeling requirements — are one example of EPA’s whack-a-mole and misguided attempts to mitigate dicamba’s “downstream” risks and harms. Real solutions would abandon such a fragmented and glacial strategy, and employ genuinely precautionary and protective approaches, such as the critical transition to organic agriculture and turf care.

Maddeningly, in these likely new dicamba labeling changes, EPA seems headed for another round of inadequate restrictions that profit the agrochemical industry, but keep producers, the environment, and the consuming — and exposed— public chained to the toxic treadmill of synthetic, petrochemical pesticide and fertilizer use. It is beyond time that EPA do far, far better to achieve its mission.

All unattributed positions and opinions in this piece are those of Beyond Pesticides.