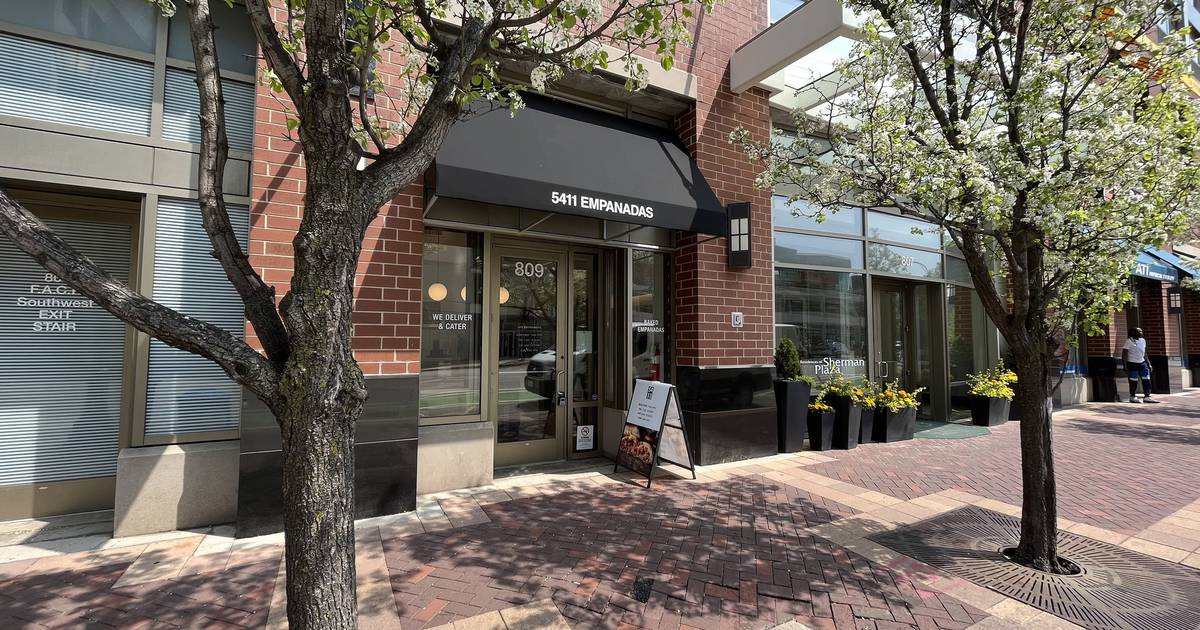 5411 Empanadas, a Chicago-based Argentinian restaurant, opened at 809 Davis Street in downtown Evanston on May 7, attracting over 350 customers.

Beginning as a food truck in 2009, the business has grown to encompass four Chicago-area locations as well as the Houston area. Current owners Nicolas Ibarzabal and Mariano Lanfranconi opened their first brick-and-mortar location on Clark Street in Chicago in 2012.

Both have a special connection to Evanston as Northwestern alumni. For Ibarzabal, starting a business in his college town was a dream.

“I always was telling my partners like, ‘Hey, Evanston would be an amazing place for our brand.’ So I always had Evanston in mind,” he said.

After spending some time cooking in his apartment kitchen, the entrepreneurs began selling their dish from a food truck — while renting space in a community kitchen — to keep up with demand. This was a game changer, according to Ibarzabal, as the exposure helped take them to the next level.

Their food truck is still in operation and can still be booked for a variety of events, the owners said. The downtown Evanston location mostly serves take-out and to-go orders but there are accommodations in there to sit and eat, as well.

The restaurant’s name pays homage to the international dialing code for Buenos Aires, the capital city of Argentina – a number Ibarzabal said he frequently calls to reach his family back home.

The 5411 Empanadas menu is centered around the empanada, a baked or fried pastry stuffed with meat, vegetables and other filling that originated in Spain. The dish serves as a staple in Argentinian life, according to Ibarzabal, being served at a wide range of celebrations, from birthdays to weddings and even as a snack after soccer matches.

Varieties available from 5411 Empanadas include more traditional flavors while also branching out to cater to a more American market. Multiple vegetarian and vegan options are available including an “Impossible meat” empanada, according to the owners.

The restaurant owners, like many others, felt the impact of the COVID-19 pandemic, resulting in the closing of their downtown Chicago storefront. As people worked from home and were hesitant to gather, the business suffered from a lack of catering clientele and walk-ins, the owners said. The owners knew they had to make a change to accommodate the “new normal.”

In 2020, they began their bake-at-home service where customers could purchase boxes of two dozen frozen empanadas in-store. Shipping is also available. 5411 Empanadas also offers a monthly subscription of bake-at-home meals for a discounted price.

The owners have no plans to slow down, looking to expand the number of states product can be shipped to. Currently, they have 30. They have hopes of opening another location by the end of the year, similar to the Evanston one which focuses on delivery and pickup.

Though he’s thousands of miles from home, Ibarzabal said he remains connected to his roots through his business, even starting with his grandmother’s recipe and evolving.

“It’s crazy. For me, it’s bringing a little bit of my country to Chicago,” he said. “It feels like home.”

Much has changed since 2009, with Ibarzabal starting a family that has grown alongside the business.

“When we started it, we never thought we’d make it this far, a little over 12 years into it. With the great years, the bad years and the pandemic and everything, it’s been a super crazy learning experience. It’s like a lifetime,” he said.