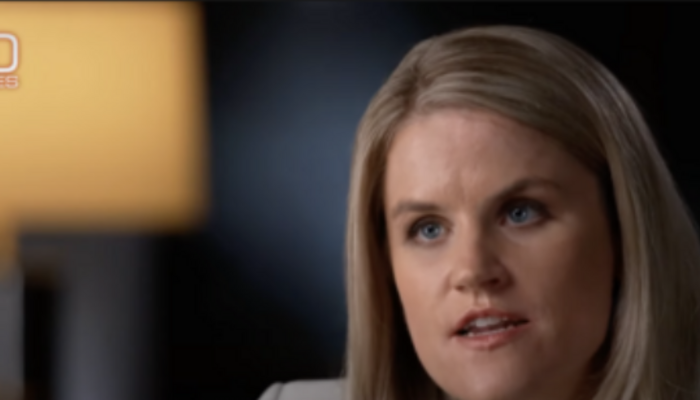 Facebook whistleblower Frances Haugen said the United States should be more like Europe when it comes to social media.

Haugen famously exposed Facebook for internal practices she said overwhelmingly increased the platform’s profits at the expense of public safety. It was later reported that Haugen was a leftist activist and AOC donor.

In an op-ed for The New York Times, Haugen praised Europe’s “Digital Services Act” and called it “the most significant piece of social media legislation in history.”

“It is a broad and comprehensive set of rules and standards, not unlike food safety standards for cleanliness and allergen labeling,” she wrote. “But what is also remarkable about it is that it focuses on oversight of the design and implementation of systems (like how algorithms behave) rather than determining what is good or bad speech.”

“The law requires that Facebook and other large social platforms be transparent about what content is being amplified and shared virally across the platform,” she continued. “And it must apply consumer protections to features that, among other things, spy on users, addict kids or weaken public safety. With transparency finally required, it will be easier for European regulators and civil society to verify that companies are following the rules.”

She added that the battle between free speech and safety has been “falsely framed” and that Meta intentionally exploited it:

“The industry has falsely framed the way forward as a choice between free speech and safety. Meta claims it would love for everyone to be safe, but that safety would come at the cost of free speech. The documents in my disclosures paint a different picture: Meta knows that the product choices it’s made give the most reach to the most divisive and extreme ideas, and it knows how to unwind those choices to prioritize having human judgment direct our attention instead of just computers. Ideas include cracking down on robots that amplify disinformation, requiring users to click a link before resharing it, or helping more intentionally drive the distribution of information by having users copy/paste content shared outside friends of friends. These are product choices that can reduce hate speech, harmful content and misinformation.”

She concluded and said that Facebook only benefited from a war between safety and free speech and that censorship “is not the solution.”

“Arguing over censorship works only to further Facebook’s self-interest — while also wrapping our friends, neighbors and legislators into angry knots that are impossible to untie…Censorship is not the solution. We can have social media that connects us to our friends and family and that doesn’t divide us from our fellow countrymen.”

‘I don’t know how my son will survive’: Inside the dangerous shortage of specialty formulas