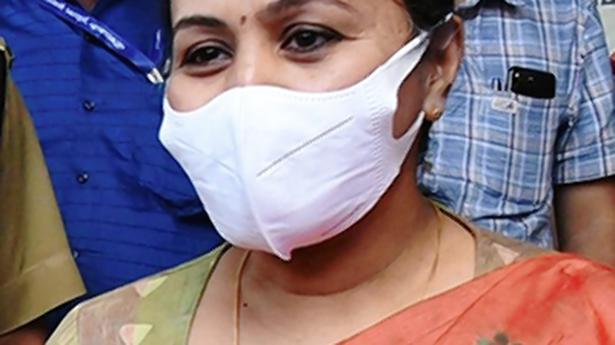 Food Safety licence /registration is mandatory for all food business operators (FBO) in the State and all FBOs should have secured the FSSAI licence within three months, Health Minister Veena George has said.

All FBOs are required to exhibit the toll-free number of the Food Safety department in their shop premises.

In view of the upcoming monsoon season, maintenance of food safety and hygiene has become all the more important. Hence more inspections by the Food Safety wing would be initiated, she said. The department has a key role to play in the prevention of infectious disease outbreaks, Ms. George said, while addressing a high-level meeting of Food Safety officials here on Wednesday.

She directed officials to make the food safety inspections a continuous affair and to take stringent measures to ensure that only hygienic and safe food is sold to people. Shops which were issued closure notices may be allowed to reopen only if the food safety norms are being followed without fail and strict follow up measures should be taken to ensure that the offences are not repeated,

Steps are needed so that surveillance sample results are available in a timely manner . All activities should be reviewed at the district-level every two weeks by Assistant Commissioners of Food Safety, while State-level reviews should be conducted every month, Ms. George said.

Food safety awareness programmes for the public should be taken up on a regular basis and in every shop, at least one person should be well-trained on the FSSAI norms

The meeting assessed that Operation Matsya had been very effective in checking the arrival of adulterated fish in the market from across the border. About 6,597 kg of stale fish had been destroyed as part of the drive.

In the last 16 days, a total of 3,297 food safety checks were carried out across the State and 283 outlets which were functioning without the mandatory FSSAI licence/registration were ordered shut and 1,075 outlets issued notices for violation of hygiene norms. Over 400 kg of meat which was unfit for human consumption were seized and destroyed. Juice shops were also inspected. While eight juice shops were asked to down shutters, notices were served on 96 shops for failing to comply with the food safety standards

The Principal Secretary(Health), Rajan Khobragade, Commissioner of Food Safety, V. R. Vinod were present, along with other senior officials.

‘We haven’t been given the money to get it right’: why so much of the UK is rubbish at recycling | Recycling