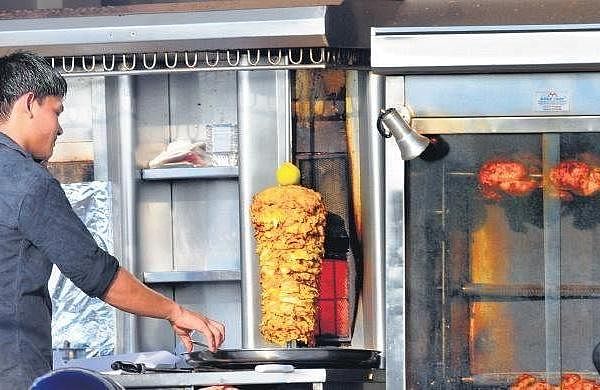 KOCHI: The Malabar region Malappuram, Kozhikode, Kannur, Palakkad, Wayanad and Kasargode districts has a rich history and even richer cuisine. Especially the many versions of biryani: Malabar, Thalasserry, Malappuram. Their neychoru (ghee rice), three or four varieties of ‘pathiri’, ‘porotta’, ‘noolputt’, ‘aleesa’ and ‘meen (fish) mulakittath’, and more, have a fame of their own. Snacks too have their own tales to tell.

Flavours of Malabar have been transcending across the state for a while now. The area is responsible for having provided some of the most delicious and flavourful additions to Kerala cuisine. However, over the years, the influence of Arabic cuisine, too, has taken over our state.

Kerala’s connection to the Arabian peninsula dates back to the 7th century when Muslim traders from the Persian Gulf came to the southern coast of Malabar for the coveted spices. As the monsoons delayed their journey back home, many Arab traders chose to settle in Kerala and married locals instead. From this time, organically Arabic culinary practices got blended with the local cuisine.

“Years ago, when Zamorins (Samoothiri) ruled the kingdom of Calicut, Arabs used to visit the region as part of commerce. They used to stay in Pandikashala during these visits. When their return journey was delayed, they used to marry the locals. Gradually, the women and the people in Pandikashala began to cook according to the taste palette of Arabs. This has led to the inclusion of many dishes and also to the rise of Mappila cuisine,” says Abida Rasheed, Malabari food expert.

Spices don’t normally dominate Arab cuisine. Though Arab dishes became familiar, the dishes were not proper Arabian cuisine. “The Arabic cuisine is bland in nature, which is not the preferred flavour for the Malayali’s spicy taste palette. So, local spices ad ingredients were added to the Arabic dishes. Also, it is not just the Arabs, Portuguese and Chinese too have paid a visit to the region. For example, the dish Muttamala is said to have originated in Portugal. But it is made adhering to the taste palette of the Malabar,” says Abida.

Aadu attipathal, chattipathiri, fish surka masala kanji pathari, muttamala, pinjanathappam and unnakaya did rounds in several parts of the state. Now, more than the Malabari cuisine, Arabian dishes such as shawarma and mandi are dominating Malayali food tables. As per the Food Safety Department, close to 24,000 Arabic food chains opened in the state during the pandemic.

Chef Suresh Pillai says it was 10 years back the Arabic influence began soaring in Kerala. “Malabar cuisine, though it has Persian-Arabic influence, is tweaked with the local ingredients. The dishes are part of Kerala cuisine. Whereas shawarma and mandi are foreign dishes that are now making waves in the market,” he says.

When the state started witnessing an influx of expatriate population from GCC (Gulf Cooperation Council) countries such as UAE and Saudi Arabia, Arabic cuisine also appeared in the market. “Salad, lettuce, shawarma, kuboos, and kabsa had been their staple food for years just like how dosa, appam and egg curry are ours. So the influence of Arabic cuisine increased in our society after the first generation Gulf Malayalis returned home,” says Pillai. There was a time when Malayali preferred ‘naadan’ (local) food — rice with fish curry, porotta and beef curry. Then Indo-Chinese dishes such asd fried rice, noodles and north Indian items like butter chicken, naan and kebab became popular.

The domination of Arabic cuisine has also sidelined those dishes or eateries that were indigenous to the state. “I have tried quite a lot of Malabar-based restaurants in the city,” says Al Niyadh Basheer, a food critic and blogger from Thiruvananthapuram. “Never have I ever tried any authentic Malabar food in the city. We see many restaurants where they give fancy names to their dishes. But they are not even of Malabar origin. There are only a few restaurants that give justice to this cuisine in the city — Ajwa in Panavila, Paragon in Kesavadasapuram and Thakkaram. Though Malabar cuisine was quite popular before, people gravitated more towards it during the lockdown period. Many restaurants opened with innovative menus that serve Malabar food. The cookery trend has an Arabic influence when it comes to roasting and frying. Almost all Malabar food ingredients are up for grabs in the market these days. Be it fresh or instant, it is all within one’s reach. So people can even try cooking them at home. The availability of luxury Arab food at an affordable rate in Kerala is a major highlight. The demand for this type of food from people who reside in the Gulf countries may also be the reason for this trend,” says Arun Vijayakumar, Executive Chef, Zam Zam Bun café in Thiruvananthapuram.

Anthropologist and food writer Oneal Sabu (@fcboy83) from Fort Kochi claims that the Arabic dishes available in Kerala are not authentic, to cater to the regional taste buds. “Shawarma in Kerala uses cabbage instead of lettuce. Most ingredients are altered according to our taste and feasibility. Lebanese Shawarma is supposed to have toum which is garlic paste. Whereas Greek has Souvlaki. But the Arabic items here are customised according to the market. So what we get is not authentic shawarma. I call it a roll and for me, it is not Arabic,” says Oneal.

“Trivandrum has a mixed food culture as it is the hub to a heterogeneous crowd. I have tried quite a lot of Malabar-based restaurants in the city. Never have I ever tried any dish with the same authenticity as the actual Malabar food. We see many such restaurants in Trivandrum where they give fancy names to their dishes, but they are not even of Malabar origin. Biriyani has been the most preferred dish by the people for a long time. Thus, only this particular dish can be compared and reviewed. There are only a few restaurants here that give justice to this cuisine, namely Ajwa in Panavila and Paragon restaurant in Kesavadasapuram, an outlet of Calicut Paragon. Malabar food explorers are very few in Trivandrum. Newly introduced dishes may not necessarily be a hit here. People always preferred Biryani and not much interest is shown beyond that presently.”- Al Niyadh Basheer, Food Encyclopedia Trivandrum (YouTube, Facebook and Instagram)

Chicago mass shooting: Teen is 3rd person charged after 9 shot, 2 fatally, on Near North Side near McDonald’s, police say