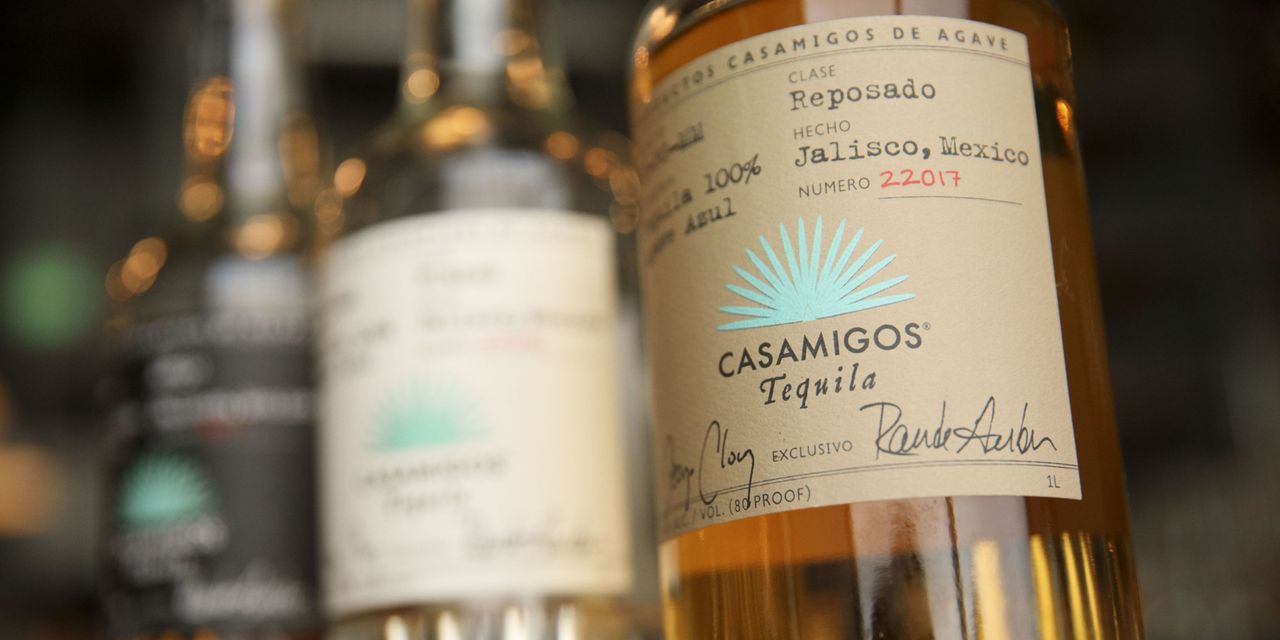 Investors considering drinks maker
Diageo
have to ask themselves one question. Do Americans feel the same way about tequila that Winston Churchill felt about Champagne?

Britain’s World War II hero clarified his affection for the French bubbly in both good times and bad thus: “In victory I deserve it. In defeat I need it.”

Diageo (ticker: DGE.UK), the world’s largest spirits maker and the owner of more than 200 brands including Smirnoff vodka, Johnnie Walker whisky, and Tanqueray gin, has made a big marketing bet on tequila and the U.S. market.

It paid off handsomely. The Mexican spirit, through its brands Don Julio and Casamigos, has generated a third of organic group sales growth over the past five years.

In the half year that ended in December, Diageo sales rose nearly 16%. They were boosted by people indulging in spirits at home during the pandemic, when lockdowns prevented them from enjoying drinks in bars and restaurants. Premium products made up more than half of net sales.

Now it’s betting that the strategy of premiumization—or getting people to pay more for products perceived to be superior—will help it excel amid the highest inflation rates in 40 years. The risk of recession is undermining consumers’ willingness to spend.

London-based Diageo employs 27,783 people and has a market value of $103 billion. Most of its sales are in spirits, with a substantial portion also coming from beers through brands such as Guinness.

Diageo fetches 22 times this year’s expected earnings and trades in line with the valuations of its peers. Shares have declined about 10.5% so far this year.

Of the 14 ratings collected by
FactSet,
eight analysts give it a Buy and four have it as a hold. The average price target is 41.62 pounds sterling ($50.30), with shares currently trading at a recent £34.93.

With the company due to report half-year earnings on July 28, two analysts have the stock as a Sell. They wonder if the guidance given last November is too good to be true. The company forecast that organic sales will increase 5% to 7% through 2025. That compares to 4% to 6% growth between 2017 and 2019.

While the pandemic caused a deep recession in 2020, government stimulus measures meant that people tended to have money to spend. Liquor was one of the few things they could splurge on as many social activities were shut down.

The downturn that might come next could be very different. Consumers are having to cut back on other things as they fill up on gasoline that costs $5 a gallon.

“We see Diageo being at risk of cyclical headwinds as consumer spending comes under pressure,” Deutsche Bank analyst Mitch Collett wrote in a note. The current “valuation is stretched.”

RBC Capital Markets analyst James Edwardes Jones, who has a price target of £28, says hitting the company’s guidance will be tough.

“Diageo is a really impressive, well-managed company,” Jones says. “But I don’t see how they can defy gravity. The U.S. economy feels like it’s heading into a relatively dark place.”

Investors might also remember that Diageo set ambitious growth targets back in 2011 that it was unable to achieve. And after years of rapid growth in tequila sales, the market may be maturing.

If a recession leads people to drown their sorrows in margaritas, the company should hold up well.

Man Proposes to Lover at KFC Restaurant, Fellow Dinners Cheer Him on as Lady Bursts into Tears