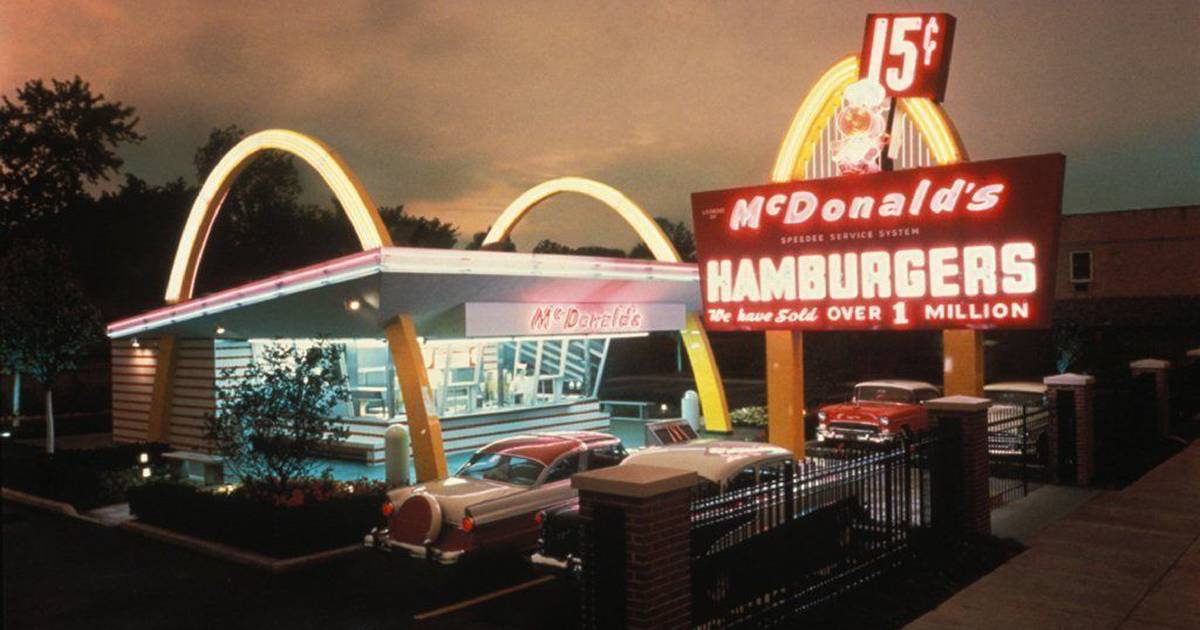 Whether it’s driving through a McDonald’s on an extended road trip or meeting up with suburban friends at a Wendy’s, fast food is an integral part of our lives as Americans.

But what many people don’t know about the ubiquitous go-to fast food joints is that many started in the Midwest. The rise of car culture, the rejection of drive-ins and the beginning of internal restaurant efficiency post-World War II contributed to the rise of burger and pizza chains.

The way that Andrew Smith sees it, fast food has been around for centuries in the form of street food — quick, convenient and cooked to order.

But what we think of formally as fast food in the United States began in the 1920s, said Smith, author of “Fast Food: The Good, the Bad and the Hungry” and food studies teacher at the New School University in New York. It all started as a reaction against drive-in car hops, which is still Sonic’s model today.

White Castle was one of the first fast food businesses, selling sliders in Wichita, Kan., in 1921. However, it failed to reach the level of proliferation of McDonald’s — a California restaurant that Ray Kroc franchised and grew, beginning in Des Plaines — which Smith believes was possible because of McDonald’s strategy of streamlining food and service.

“McDonald’s, in my humble opinion, was the first modern fast food establishment,” Smith said. “Literally within minutes, people would be served.”

As car culture grew, more people were interested in getting food quickly and being on their way — as a response, restaurants like McDonald’s did away with car hops, who served you so you could sit in your car and dine. Instead, fast food joints became stand-alone buildings where you could walk up, choose from a handful of items, watch or wait for you meal to be prepared, and receive it within minutes, Smith said.

The Midwest was a particularly attractive place for franchised fast food establishments simply because rapidly expanding suburbs in the 1950s after World War II lacked places for people to eat out.

“There was no food, no restaurants, there weren’t even any grocery stores,” Smith said.

Other cities that already had established food scenes, like New York, actively campaigned to keep fast food restaurants out to avoid creating competition for smaller eateries. But fast food businesses did not face the same opposition in the suburbs, Smith said.

Although establishments like White Castle existed, Smith believes other fast food companies emulated the McDonald’s franchising business plans, although the foods they chose to focus on were different — think pizza and tacos. According to Smith, McDonald’s franchises succeeded because Kroc would fly over a city, look at where the suburbs were and decide to put a McDonald’s there.

“The interstate system, the highway system and fast food were great partners to create something, a way of travel that was all about efficiency,” said Michael Stern, founder of RoadFood.com and a guide of the same name that helps travelers avoid fast food, instead steering them toward local restaurants. “It’s kind of a horrible thing, but it exists, and it defines a certain way of eating that used to be very American and is now global. It defines a way of eating that is the antithesis of the slow food movement.”

Wendy’s was the first to innovate the drive-through by installing a pickup window in 1971, according to Liliana Esposito, chief communications officer of Wendy’s. The original drive-through instructions were bigger than the actual menu because no one had had that kind of technology before — customers were used to parking their cars for takeout or to dine in.

While suburban sprawl and highway development helped expand the business, one thing kept customers coming back: consistency. When you walked into a McDonald’s, you knew exactly what to expect, Stern said, and maintaining that “sameness” across multiple locations was key.

Other chains like Wendy’s, Domino’s (founded in Ypsilanti, Mich., in 1960) and Pizza Hut (founded in Wichita, Kan., in 1958) also followed this rule. These days, not much has changed, said Stern, whose research has provided him a close look at the rise of fast food restaurants.

“There were no surprises; you knew what you were going to get. There was no mystery meat,” Stern said. “Travel became less of an adventure and more of getting from A to B, so I think people craved food experiences that were less adventurous, in both the good and bad sense. ”

To that end, said Smith, burgers were the main item sold at fast food operations because they were popular, cheap, easy to make and customers could add or order whatever condiments they liked, like mustard, ketchup, mayo, pickles and onions.

[ Craving: Foods of the Heartland — 31 days of the Midwest’s best ]

[ Column: McDonald’s new flagship: Not ketchup-red or mustard-yellow, but green — and not quite cooked ]

[ New Yorkers are angry U.S. Pizza Museum is in Chicago ]