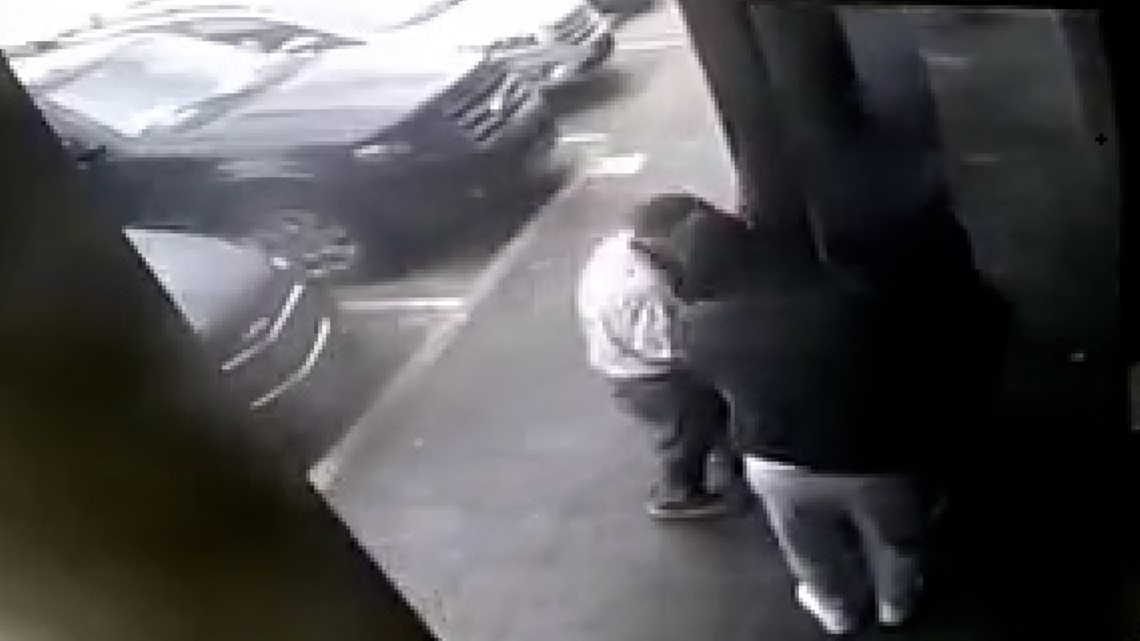 Police say they think the suspect following the couple after they had withdrawn money at a bank nearby.

HOUSTON — A suspect was caught on video opening a door for an elderly couple and then snatching their purse full of cash before running off.

This happened at about 11 a.m. on April 21 just outside of a restaurant in the 7800 block of Tidwell.

Houston police said a 90-year-old woman and an 87-year-old man were walking into the restaurant when they were approached by an unknown man who opened the door for them.

Then the suspect reached over the woman and grabbed her purse, surveillance video shows. Police said he then ran and jumped into the passenger seat of a black four-door sedan, which sped off.

Police said prior to the theft, the couple had gone to a bank in the 2200 block of Gessner and withdrew money. They say it’s possible the suspects followed the victims to the restaurant.

The suspect is described as a Black make, 20 to 21 years old, about 5 feet 7 inches tall, weighing about 145 pounds. He was wearing dark clothing at the time of the incident.

Please contact Crime Stoppers of Houston if you have any information related to this investigation.

Information leading to the charging and/or arrest of any felony suspects may result in a cash payment up to $5,000. Tipsters MUST contact Crime Stoppers DIRECTLY to remain anonymous and to be considered for a cash payment by calling 713-222-TIPS (8477), submitting an online tip at www.crime-stoppers.org or through the Crime Stoppers mobile app.

Italian restaurant in Llandudno offers crypto as a payment option