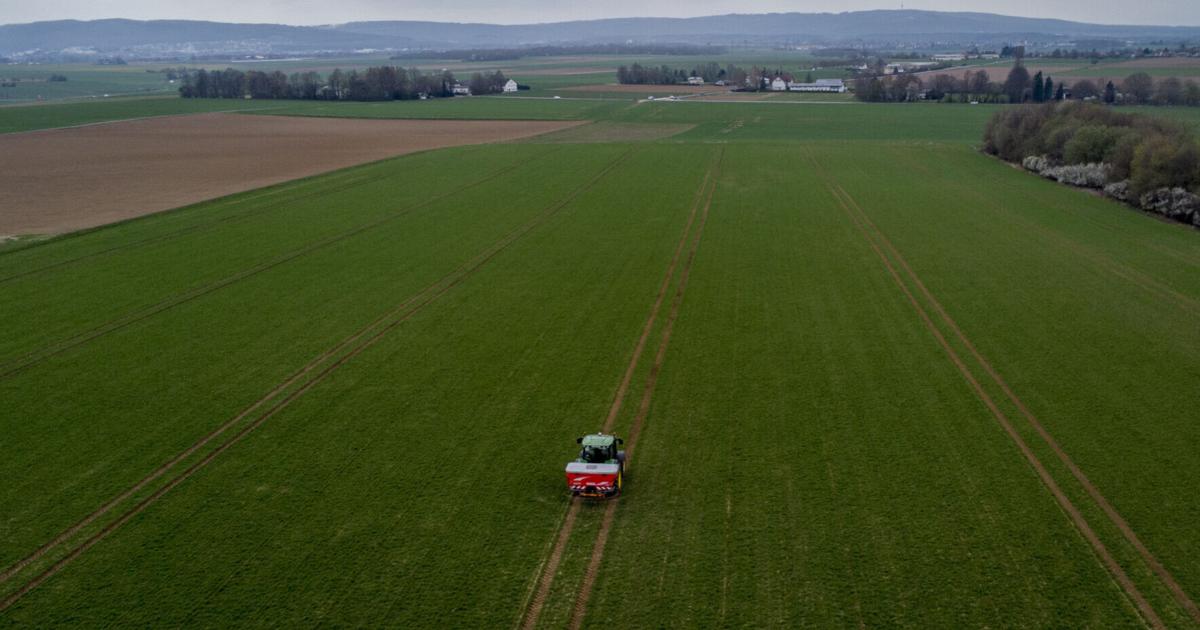 Necessity is the mother of invention, according to the old English proverb born from Plato’s writing in the “Republic.”

U.S. sanctions against Russia and ally Belarus over the invasion of Ukraine have also further driven up prices of gasoline, agriculture commodities and fertilizers and have stirred worries about shortages of corn, wheat and other foodstuffs.

But those same inflationary and supply chain troubles are also sparking business pivots, innovative hacks and entrepreneurial ideas across the country to help navigate the economic landscape.

It’s the proverbial making lemonade out of lemons.

In Idaho, a new group was born during the pandemic aimed at better linking local farmers and food producers with restaurants, bars and stores.

The Boise-based group, FARE Idaho, is looking to go beyond networking meetings and marketing campaigns in its effort to boost local businesses and farmers.

The group is hosting classes teaching chefs how to butcher animals so restaurants can buy more meat in bulk.

“We teach chefs how to break down animals in house,” Baker said of the whole hog approach.

FARE is also looking at better ways to connect local food sources with restaurants including via technology platforms. The Idaho group was established in March 2020 and has 300 members.

It works with farmers on water conservation and regenerative agriculture that is healthier for the land. It helps them explore new crops and changes to their production and marketing plans.

“People want to know where their food comes from,” said Baker, who will start hosting larger events to connect the group’s constituencies.

Many restaurants are teetering on extinction after all the shutdowns and restrictions of the pandemic and now inflation, product shortages and lack of labor, Baker said.

“A lot of them face closure,” she said. “They are barely scraping by. There is a workforce shortage.”

Local businesses and farmers have opportunities to bolster each other and find new revenue lines with supply chains facing continued delays and shortages, she said.

“It can be easier to source locally right now,” said Baker, whose group is looking at how technology platforms and apps can better link food producers and business customers.

More supply chain problems could be on the way with the Chinese government imposing strict COVID shutdowns in Shanghai, home to the world’s largest port.

The port shutdown will be felt throughout global supply chains for some time, said John Rosen, a finance professor at the University of New Haven in Connecticut and an executive director of global marketing firm MCAWorks.

“It will be at least a year,” Rosen said of the logistics impacts of the Chinese COVID shutdowns on some products and industries.

That could affect industrial components needed for infrastructure and construction projects as well as consumer goods, he said.

The current wave of Chinese lockdowns affect as much as 40% of the world’s second-largest economy.

Nick Carter is an Indiana farmer who started Market Wagon Inc. in 2016.

The Indianapolis-based company links local farmers with local consumers in 33 markets nationwide via an online platform and logistics system.

Market Wagon operates in larger metro areas such as Chicago, Atlanta, Minneapolis, Washington, D.C., and Baltimore as well as mid-sized and outlying regions such as southern Wisconsin, southern Maryland and southeastern Ohio.

For example, the company says it can connect Maryland farmers with a 5.7 million market audience in the D.C./Baltimore region.

“We dramatically expanded our geographic footprint during the pandemic,” said Watson, who grew up on his family’s farm. “We went from six cities to 33 in 18 months.”

Carter said inflation is pushing up prices at grocery stores, and that is closing the price gap for locally produced foods, which are traditionally more expensive.

“While supermarket prices are rising, our prices are not looking so premium,” Carter said.

The inflation wave is being felt most by consumers via higher gasoline and grocery prices.

Food prices were up 8.8% in March compared to a year ago while the cost of gasoline jumped 18% in one month and 48% for the year, according to the U.S. Bureau of Labor Statistics’ Consumer Price Index.

Empty shelves and higher prices for staples such as eggs, produce and meats are combining with consumers’ preferences for locally produced and organic items to help drive demand, Carter said.

Some major grocery chains, including Publix Supermarkets Inc., Albertsons Safeway and Kroger, have posted monster profits and sales growth during the pandemic and the inflation wave.

That is rubbing some consumers the wrong way and sending them looking for alternatives.

Consumers pay a flat $6.95 fee per Market Wagon delivery. Market Wagon gets 25% of sales compared to a 50% take by many traditional wholesalers. The company also looks to bring fresh and organic to so-called food deserts whether they are in rural or urban areas.

“We don’t gerrymander our delivery areas,” said Carter, who is focusing on boosting market shares in existing markets before entering new regions.

Getting farmers to adapt to new platforms, technology and supply chains can be a major challenge.

“People are very, very slow to change. Most guys are what I would call very married to a system,” said Rabou, who grows organic wheat and other crops.

Family and multigenerational heritages keep some farmers focused on certain crops, but there are also other drivers, Rabou said. Some other agriculture operators are focused on commodity prices and growth via acquisition rather than market demand and innovative production practices.

Rabou said his farm has planted some other crops in addition to wheat after projecting great demand. Those include chickpeas, lentil, hemp and buckwheat.

It is not always as easy as planting different seeds. Many farms are major business operations with significant investments in certain crops.

Different crops can require different equipment, machinery and processing systems as well as different fertilizers and soil treatments. Those costs, along with the risks and uncertainty of planting new crops, can discourage agricultural changes.

Some changes may be forced on the marketplace, including building better relationships with customers and distributors, especially with supply chain problems.

“We have a very good relationship with trucking companies that we work with. We never have a problem getting our products shipped. If you don’t have those, I don’t know what to do,” Rabou said.

Farmers, nurseries and growers also face rising prices for fertilizer and other products as well as drought conditions in some parts of the country, especially the West and Pacific Northwest.

The price of fertilizer, a lifeblood of farming, growing seasons and food production, has skyrocketed after the U.S. imposed bans on imports from Russia and Belarus.

Prices were already up before the war and resulting sanctions. They have now doubled, tripled or more.

That is just the tip of the iceberg, said Ellis, who points to higher energy and other costs.

Fuel oil prices, for example, were up 70.1% from March 2021 to March 2022, according to BLS. Energy prices rose 32% overall — with impactful hits on trucking and logistics firms as well as food supply chains.

Rising fertilizer costs and worries about shortages are in the wheelhouse of HomeBiogas, an Israeli company with its U.S. base in New York.

HomeBiogas develops and sells digestive systems for households, farmers and businesses that turn manure and waste into biofuels and fertilizer.

“You feed organic waste into the systems,” said Mira Marcus, spokesperson for the company.

The units create biofuels for heating oil as well as organic and homegrown fertilizers. Marcus said the company has sold 15,000 units in 107 countries. She is also seeing increased demand from farmers with a global focus on fertilizer prices and supplies.

“We have a lot of farmers that use this,” she said.

The company is putting a focus this year on larger industrial systems.

That can help business customers grow their own food via their own fertilizers.

The DIY systems help reduce methane emissions by turning animal and other waste into biofuels and fertilizers, she said.

That can appeal to customers who are climate conscious and want greater control in getting needed supplies like fertilizer.

Why Compost Should Count as Fertilizer