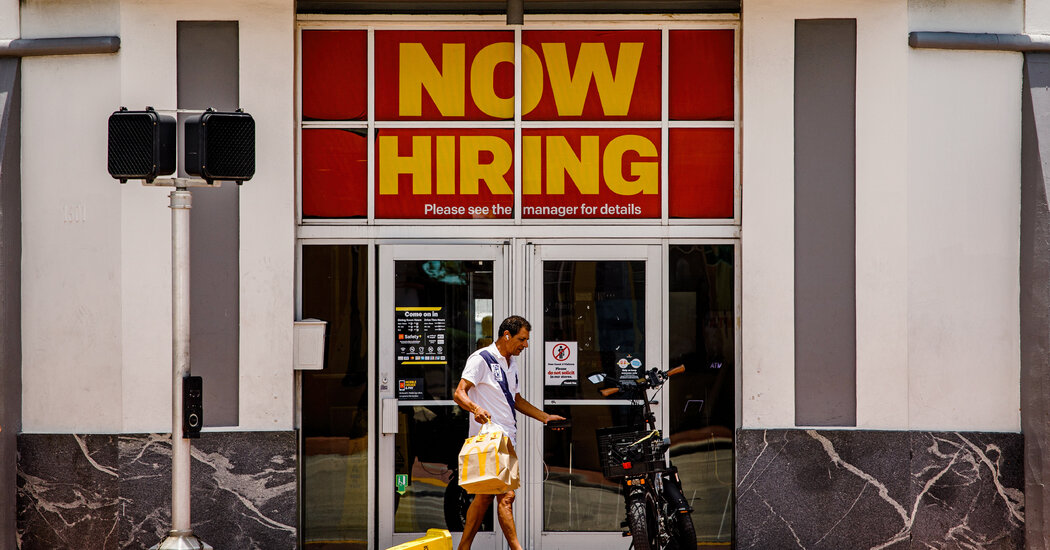 Employers became slightly less desperate for workers in May as job openings declined for the second straight month from a record high in March.

The number of open positions fell to 11.3 million, down from an upwardly revised 11.6 million in April, the Labor Department said Wednesday in the monthly Job Openings and Labor Turnover Survey. That still leaves nearly two jobs available for every unemployed person in the United States.

The job openings rate jumped in retail, hotels and restaurants as Americans returned to summer leisure spending and employers have struggled to keep up.

By most indications, the labor market has remained very strong, with initial claims for unemployment insurance only inching upward in recent months. In the May survey, the share of the work force quitting jobs remained steady, as did the share who were laid off.

Concern over finding enough qualified workers increased among business leaders in the second quarter of the year, according to a survey of chief financial officers by the Federal Reserve Bank of Richmond.

“The labor shortage is absolutely top of mind for every industry I talk to,” said Dave Gilbertson, vice president of UKG, the payroll and shift management software company which monitors four million hourly workers. “Every single one of them is struggling to hire. So far I haven’t seen job openings come down. A lot of those jobs have been open for a long time.”

The Federal Reserve has been trying to stem inflation by using interest rates to slow down business activity just enough that the shortfall of workers becomes less of a constraint on productive capacity, but without throwing large numbers of people out of work. The gradual decrease in job openings, while layoffs remain low, is evidence that its strategy may be working.