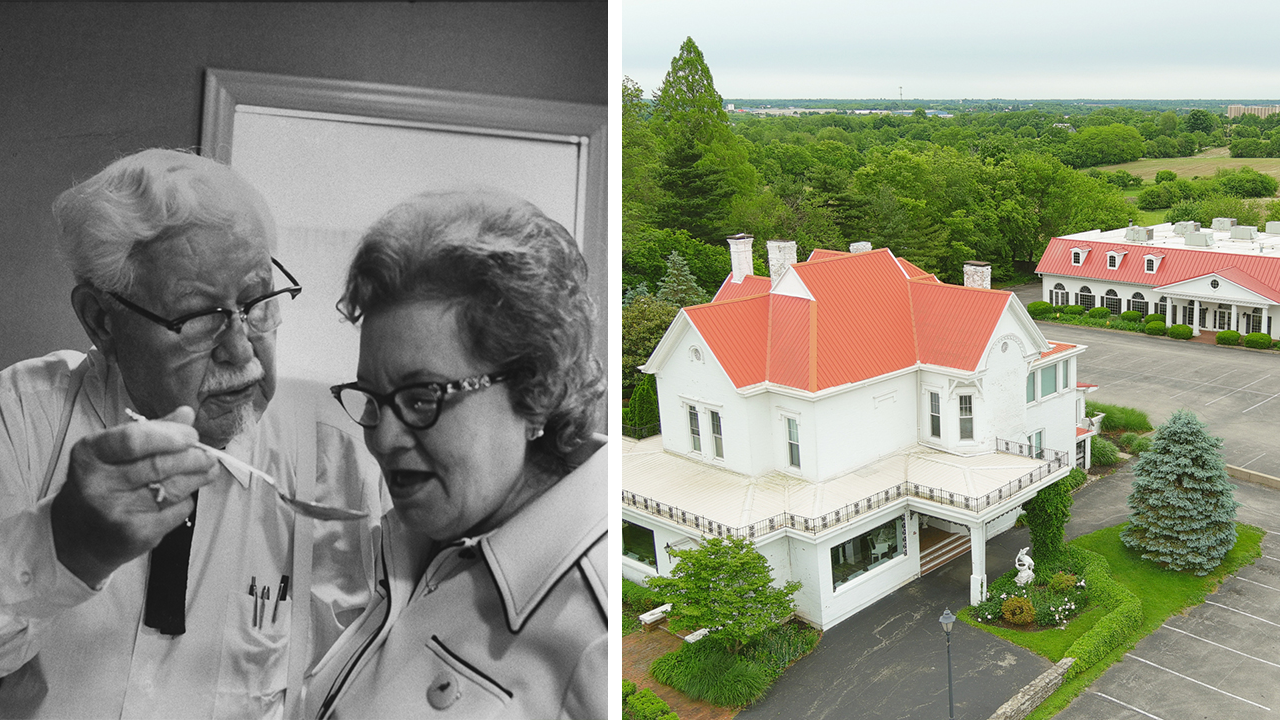 The property in Shelbyville, Kentucky, includes both his former residence as well as the Claudia Sanders Dinner House restaurant, established in 1959.

The future buyer will also acquire the trademark and likeness of the Claudia Sanders name and exclusive memorabilia.

Co-listing agent Morgan Hancock of Six Degrees Real Estate told FOX Business that the buyer will be interested ultimately in continuing the Sanders legacy by developing the brand.

Hancock revealed that Claudia Sanders and her husband always had intentions of franchising her restaurant.

“The original intention of Claudia Sanders was to franchise it,” she said.

“We would love to see somebody purchase the property and the business — and expand the brand as it was originally intended to be.”

Colonel Harland Sanders and his wife, Claudia, in their kitchen in Kentucky in September 1974. (John Olson/Getty Images / Getty Images)

Hancock said that there is “nothing quite like” this listing, since the only other restaurant founded by Colonel Sanders that could be purchased is the fast food behemoth KFC.

“This was his only other restaurant,” she said.

“Somebody has the opportunity to now take his other restaurant and make it into, potentially, another KFC.”

The home was taken over by new owners Thomas and Cherry Settle once the Sanders departed in 1984, but had been left generally untouched.

The foyer inside the Sanders home in Shelbyville, Kentucky. | Fox News

The homeowners, along with Hancock and co-listing agent Jonathan Klunk, have continued to uncover rare and priceless KFC and Sanders memorabilia, which will be included in the sale of the property.

“We’re not splitting anything up,” she said.

“But we have people from all over the globe desperate to buy the memorabilia.”

“We don’t have any reason to split the memorabilia up from the real estate,” she added.

Hancock shared that perhaps the most valuable piece of memorabilia that’s been dug up includes Colonel Sanders’ Kentucky Colonel certificate — a title bestowed by the commonwealth upon exceptional residents.

Other items include the first KFC flag that flew in front of headquarters; the original KFC bucket; the colonel’s pressure cooker, Bible and money clip; a signed guest book for the Sanders home; and a birthday letter from President Richard Nixon.

GET FOX BUSINESS ON THE GO BY CLICKING HERE

The couple lived in the 5,000-square foot Kentucky home, also known as Blackwood Hall, for more than 25 years.

The bourbon trail-located residence was originally built in 1866.

The kitchen still includes the original stove, where Colonel Sanders trained his franchisees.

The restaurant and banquet hall was remodeled in 2019 and spans 25,000 square feet.

The purchase of the restaurant includes furniture and kitchen supplies, the gift shop and merchandise, world-famous southern cooking recipes and a liquor license.

Even though the listing agents will not disclose the listing price, prospective buyers are encouraged to call for rates.

5 places to get seafood in Haldimand