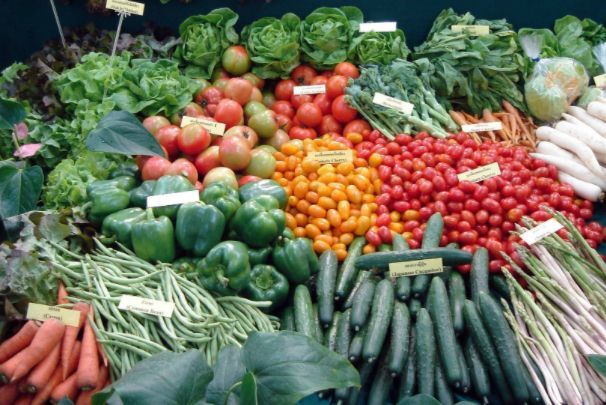 ARABLE land is defined by the United Nations Food and Agriculture Organization (FAO) as land currently used, or potentially capable of being used, to grow seasonal crops.

This definition excludes land used for pasturing, tree-farming (or “silviculture”), or for more durable agricultural products such as vineyards, orchards, and coffee and rubber plantations.

In turn, non-arable land can sometimes be made arable, for example by removing forests or tilling pasture land. Some land, such as mountains, tundra, or desert, is permanently non-arable.

The word “arable” comes from the Latin word “arabilis,” meaning “able to be ploughed.” In light of the increasing food prices faced by Malaysia, if not the rest of the world – due to a combination of hoarding, the war between Russia and Ukraine, where Russia is ranked number two in terms of the size of the most number of arable land after India, while Ukraine is number 10 – any seismic events in this region are bound to impose enormous pressures on the whole world. This, on top of a pandemic that has gone endemic, where more and more cases can suddenly spike from more human to human sub-variants of the virus that causes Covid 19, the challenges facing Malaysia are gargantuan, to say the least. Why?

Sixty per cent of Malaysia’s food is imported. In 2020, the country imported RM55.4bil (US$12.67bil) of foodstuffs. When one factor is the fact that US$1 is now almost RM4.40, Malaysia will suffer an economic compression.

The country, for example, is dependent on imports for 88.8 per cent of mutton and 76.4 per cent of its beef. Malaysia was once self-sufficient in poultry too.

A roaster chicken wing at the roadside is between US$0.95 cent as of last week and in some places US$1. Be that as it may, Malaysia is now importing chicken to fill the void in the market due to the closure of many poultry farms. More imports imply more outflow of Ringgit Malaysia, causing it to weaken further, as indeed against all currencies, especially the United States.

Yet, according to Asia Sentinel last week “Many institutional issues prevent any increase in production. Most of the primary sector, led by government-linked companies (GLCs) and other politically connected companies have traditionally focused on the production of commodity crops rather than food.”

According to the Agriculture and Food Industries Minister Dr Ronald Kiandee, the targeted source countries were Thailand, China, and Brazil, even though prices from these three countries were higher than sources from other countries, according to industry sources. The three countries, however, have their own problems, leading to rising prices. Thailand is currently facing an African Swine Fever outbreak which has led to a sudden rise in the demand for chicken. China is currently a net importer. Brazil is also a questionable source, as meat and chicken exports have been banned from most Middle Eastern destinations due to questions over halal integrity.

The high price of Thai-produced chicken was publicly acknowledged by the director-general of the Department of Veterinary Services (DVS), Dr Norlizan Mohd Noor, the officer responsible for issuing APs for importing chicken into Malaysia. But the problem is deeper than what has been described.

Malaysia, for example, has long been a victim of success in palm oil, crowding out food production. With the price of palm oil at more than US$6,653 per tonne, Indonesia banning the export of its palm oil this year, in order to alleviate the inflationary effects that a domestic shortage of palm oil has caused the cost of vegetables to creep up, leading to various demonstrations, President Joko Widodo has had to clamp down any further exports, even if Indonesia is losing US$3bil a month in foreign revenues.

Even though the Malaysian Agriculture and Food Industries Ministry (Mafi) has launched a number of capacity development programs like the Young Agro Preneur Program and My Future Agro, the image of farming as a vocation for locals is very low. Particularly among Malays, farming is seen as being not glamorous. Most have been conditioned to aspire to work in the banking or government service. This is in great contrast to neighbouring Thailand, where many smallholders are degree holders in agriculture and business, operating their farms as businesses.

Individual state governments are doing very little to allocate land to those in need of food production. Currently, 103,563 hectares of farmland are abandoned, making up 46,382 lots in 2019 that couldn’t be utilized due to ownership issues. This doesn’t include idle or unused land in the hands of the government. Land tenure and rising rents in farming areas like the Cameron Highlands in the mountains above Kuala Lumpur are major issues. Farmers across the country are being evicted by state land offices to make way for corporations, while vegetable cartels run protection rackets. Politically connected companies are taking over the poultry industry, turning it into a cartel. The use of foreign labour, with millions of undocumented aliens, is a major scandal that appears to be controlled by a highly connected politician.

Ukraine, in peacetime, was responsible for 12% of the world’s wheat.

The ingredients that are needed to create fertilizers are nitrate, potassium, and ironically, CO2, of which the latter is needed for the packaging/packing of the fertilizers. The rise in the price of fertilizers is a global phenomenon. It hit the United States just as badly as it affected the United Kingdom and the whole of Europe, even Africa.

As of May 6, the price of fertilizers per tonne in the United Kingdom has risen from £650 to £1,000. The United States, the whole of Europe, Africa, Asia and Latin America are all witnessing the same rise in the cost of production.

Indeed, this is a rise in a matter of two months, triggered by a war that was caused by the Russian military operation in Ukraine on February 24 2022.

Allowing Putin to control this area is to allow him to control the price of European food production and consumption forever.

Indeed, even Israel and the Arab world import 40-50 per cent of their food from Ukraine, as Ukraine is famous for the high quality of its mineral-rich “black soil”. What can Malaysia do then?

In Europe, farmers said they were likely to offset the price rises by buying less fertiliser than usual this season for cereal crops, potentially leading to lower production at a time when there is a threat to supplies from Ukraine. The agricultural inflation in Europe is real.

Although Asians don’t consume so much wheat, oatmeal, barley, cereals and corn, these are the things which Malaysia does import in the form of animal feed.

Some farmers in Europe may try to use more organic fertilisers by partnering with livestock producers (that produce animal feed) or those running anaerobic digesters, which make energy from organic matter, to try to offset the cost of high fertilizers, but whatever Europe does, even Africa, they are producing everything on the back of higher fertilizer and organic fertilizer costs, explained World Bank.

Malaysia, with a weak national economy, is also marked by increasingly wild and turbulent weather, as marked by more than 2,500mm of rain between December 15-18, 2021 alone – equalling the entire annual rainfall of 2020! – Malaysian farmers may not have the risk appetite to plant more at all. This is because the risk of being hit by severely bad weather is now higher than ever. One wild weather can wipe out the entire production.

Malaysian farmers will also plant less, and make fewer fertilizers, even if the prices of fertilizers appear to be on an uptick. Thus, when the supply of fertilizers and food production is more severe locally, then one has the classic situation of too much money chasing too few goods, a problem that leads to imported inflation. The latter is happening because Malaysia has over-emphasized the importance of industrial production, such as building a national car, rather than ensuring a stable supply of locally produced food and livestock.

Dr Rais Hussin is the President / CEO of EMIR Research, an independent think tank focused on strategic policy recommendations based on rigorous research.

Every Middlesbrough takeaway, restaurant or shop with a one or zero-star food hygiene rating