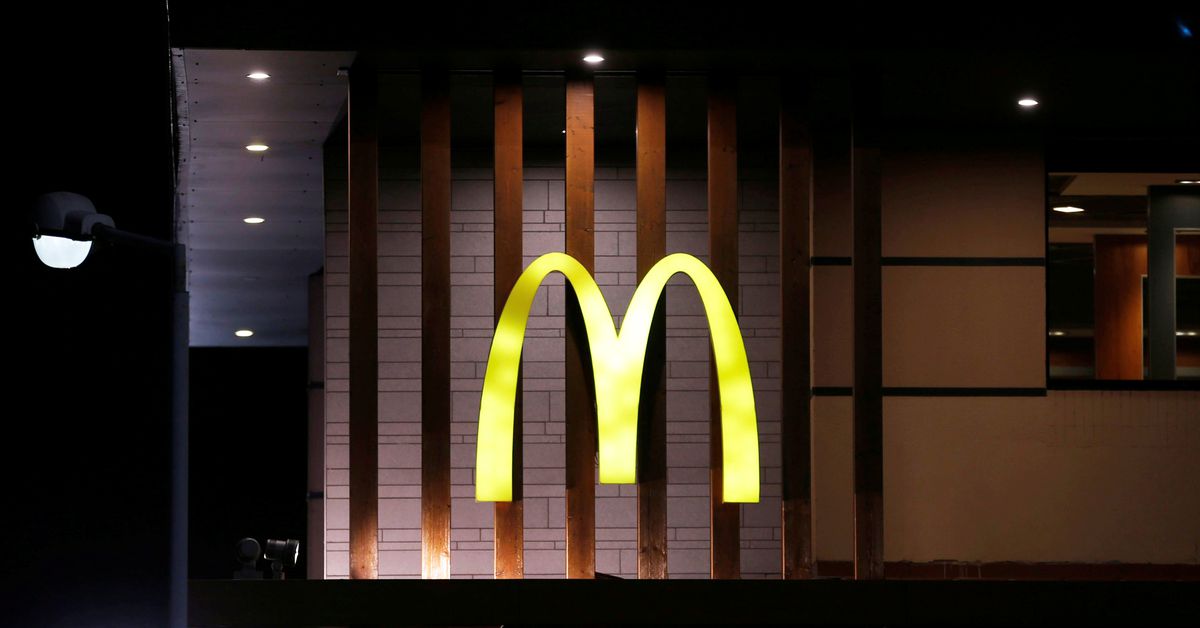 The logo of a McDonald’s restaurant is seen in Bordeaux, France, June 18, 2018. REUTERS/Regis Duvignau/File Photo

PARIS, June 16 (Reuters) – McDonald’s (MCD.N) has agreed to pay $1.3 billion in fines and back taxes to settle a tax dispute in France, ending a long-running probe into whether the U.S. burger chain had properly declared all of its income in the country.

The case centered on allegations, which first surfaced in 2014, that McDonald’s diverted fees paid by its franchise restaurants to units in other countries, thereby reducing its taxable income in France.

French media reported then that the authorities were scrutinising royalties sent to a Luxembourg subsidiary. McDonald’s French headquarters were searched by police in 2016 as part of the probe.

McDonald’s lawyers said the settlement did not amount to an admission of guilt. “It’s a judicial agreement…. to avoid a trial, which is a very long and inevitably uncertain process,” lawyer Denis Chemla told reporters.

The settlement is similar to a $1 billion accord reached by Google, now Alphabet Inc (GOOGL.O), in 2019 to end a French case where it had also been accused of unfairly shifting profits.

McDonald’s has 1,500 restaurants in France, many of which are franchises that pay a licensing fee to McDonald’s for use of the brand, information-technology systems and restaurant decoration.

In a statement on Thursday, McDonald’s said the fiscal agreement reached – which ends both tax and criminal cases against it – covered the use of its brand and know-how for the years from 2009-2020.

It said that over that period the company had paid more than 2.2 billion euros ($2.29 billion) of taxes in France and created almost 25,000 jobs.