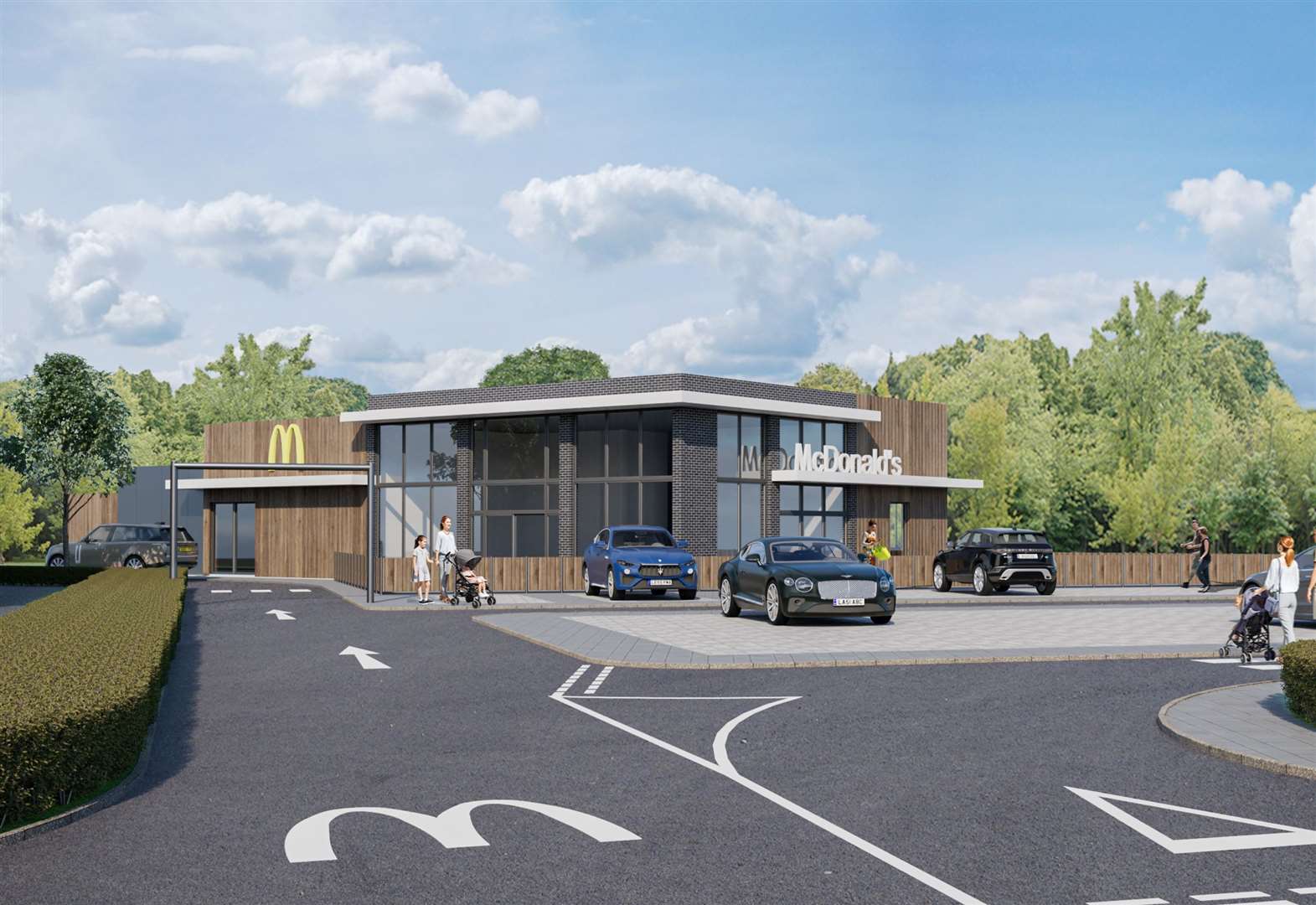 Faversham is poised to get its first-ever McDonald’s next year when a new restaurant opens off the Thanet Way.

Following years of speculation as to whether the golden arches will ever appear in the town, developers have this week unveiled a plan to serve up a drive-thru on the outskirts.

The fast-food outlet is set to be located off the coast-bound Thanet Way, near to Dargate, just before the service station and Travelodge.

Faversham has long been untouched by the likes of McDonald’s, KFC and Burger King, with residents travelling further afield to get their fast-food fix.

Developers hope the new restaurant will tap into the demand for those craving a Big Mac, as well as relieve congestion woes which regularly blight the Chestfield branch 4.3 miles away.

Josh Wilson, from George Wilson Development – the firm behind the plan – says the restaurant will be in a prime location.

“We’re hoping the new McDonald’s will take some of the traffic away from Chestfield,” he said.

“It’s one of the busiest McDonald’s in Kent and the drive-thru there can be quite gridlocked.

“People in Faversham haven’t got a McDonald’s and for their nearest one, they have to drive to Sittingbourne.

“This new one will stop them from having to do that. It isn’t going to actually be in Faversham, so town residents have nothing to fear about litter or increased traffic.

“It’s well-located and the demand is there.”

Mr Wilson hopes the proposals, which were this week validated with Swale Borough Council, will be decided on this autumn – paving the way for construction work to begin.

McDonald’s – envisaged to create 30 full-time jobs – is then earmarked to open next year.

The drive-thru and dine-in restaurant will form part of a new business park home to three industrial units, including a storage hub for Kent-based entertainment firm Luna Cinema.

The company, which is majority-owned by industry giant Sony, prides itself on being the “country’s leading producer of open-air cinema events” – hosting movie screenings at locations such as Leeds Castle and Clapham Common.

The new base off the Thanet Way will house the giant screens and be used as a distribution centre.

It has not yet been revealed which other firms will be taking up residence at the business park, but Mr Wilson says talks are ongoing.

The 2.5-acre triangular plot of land, encircled by Highstreet Road and the Plumpudding Lane overbridge crossing the Thanet Way, is currently a grassy paddock used for grazing.

Mr Wilson says the site will have solar panels and a host of electric vehicle charging points.

It is expected the new business park will create about 200 jobs.