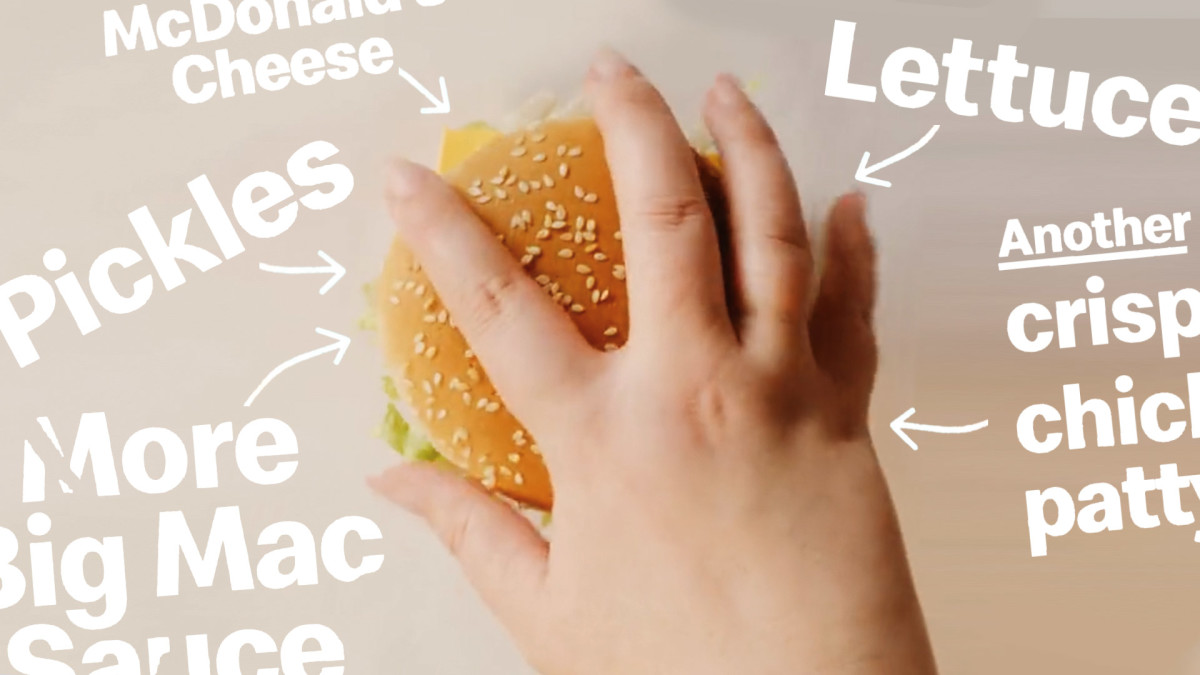 McDonald’s  (MCD) – Get McDonald’s Corporation Report has built its business on consistency, delivering the same experience at every restaurant.

For roughly its first 25 years, that meant having a very simple menu that it executed well. Yes, it made changes and additions to the original hamburger, cheeseburger, fries, and drinks menu from the 1950s and 1960s. But additions like the Filet O’ Fish and the now iconic Big Mac were carefully planned.

At first, that was because fast food was a slowly evolving business built on speed, convenience, and familiarity. As the chain grew, that simplicity became at least partly about the supply chain, It’s not easy to serve the same hamburger and the same french fries at more than 40,000 restaurants worldwide, but McDonald’s has built out the capacity to do exactly that.

Now, when rivals like Yum Brands’  (YUM) – Get Yum! Brands, Inc. Report Taco Bell have taken a sort of endless-innovation, no-food-off-limits approach to their menus — think chicken wings, nacho fries, and tacos that use fried chicken as the shells — McDonald’s has seen the wisdom of going back to basics.

“Fan Truth unlocked this powerful connection. It created a common dialogue, tapping into what our fans already love about us, celebrating the rituals and memories that make our brand so special to them,” he said.

“The U.S. first brought this to life with Famous Orders, which harnessed the simple truth that everyone has their go-to order. This quarter, the menu hacks promotion and our Super Bowl commercial were prime examples of how we can find and identify Fan Truth and transform something people already love, our food, into cultural moments to drive conversation and connection.”

The CEO also explained why these promotions worked not just to delight customers but also to keep restaurants running smoothly.

“And because these promotions feature existing core menu items, there’s no added complexity to restaurant operations,” he added.

McDonald’s Builds on Its Core

While competitors expand their menu offerings to capture new customers or increase sales from current ones, McDonald’s has decided to lean more heavily into what’s already working.

“Our food is at the heart of customers’ relationship with our brand. In fact, our core menu accounts for the large majority of our business and our growth. That’s why we continue to be innovative with our classics,” Kempczinski said,

The chain does plan to add new menu items, but they will be built off existing platforms.

“This quarter, we featured a new blend of McCafe Ice Coffee in Australia with great results, and we continue to celebrate our core while keeping things simple through innovative line extensions,” he said.

“In 2021 alone, we ran more than 100 core line extensions across the globe, and these drove significant sales growth. This quarter, the U.K. introduced the Chicken Big Mac as a limited time offer, and it quickly became the market’s most successful food promotion ever, selling millions of sandwiches in the first two weeks.”

The Big Mac has been heavily featured in these core extensions. That included Australia and Sweden seeing “meaningful lifts in total Big Mac sold” during a limited-time Bacon Mac promotion.

“These core line extensions offer fresh news on our beloved Big Mac and drive top-line growth, reminding customers of why they love our core items like Big Mac,” the CEO added.

“And it reminds us of a simple truth: Our menu should only consist of products that deserve to be there, nothing more, nothing less.”

Who is Leading the Way to Sustainability in Travel Tech?