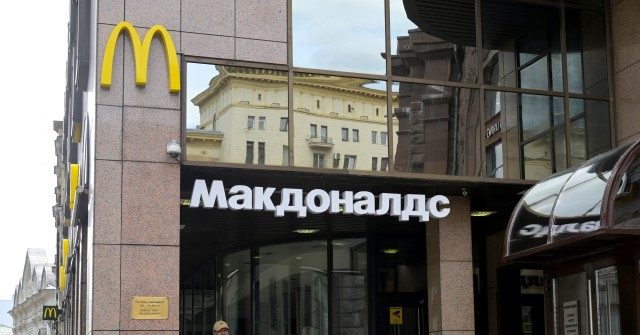 Former McDonald’s restaurants across Russia were preparing to reopen under a new brand on Friday, Reuters reported while noting that the United States-based fast-food chain sold its locations in Russia to a local licensee last month in support of a United States-led boycott of Russian business.

“McDonald’s iconic ‘Golden Arches’ have been taken down at sites in Moscow and St Petersburg, where they will make way for a new logo comprising two fries and a hamburger patty against a green background. The reopening will initially cover 15 locations in Moscow and the surrounding region,” the news agency reported on June 10.

“The new chain’s name remains a closely guarded secret. A change in the name of the McDonald’s app on Friday to ‘My Burger’ generated some online excitement, but the chain’s press team said this was only temporary,” Reuters relayed, citing an original report by Russia’s RBC Daily newspaper.

“Some things are changing, but stable work is here to stay,” a message on the former McDonald’s smartphone app read on June 10.

McDonald’s reached an agreement on May 19 to sell its entire restaurant portfolio to a local licensee named Alexander Govor. The deal followed three days after the United States-based multinational corporation announced plans to sell its business in Russia.

The company elaborated on the decision in a May 16 press release, writing:

After more than 30 years of operations in the country, McDonald’s Corporation announced it will exit the Russian market and has initiated a process to sell its Russian business. This follows McDonald’s announcement on March 8, 2022, that it had temporarily closed restaurants in Russia and paused operations in the market.

The humanitarian crisis caused by the war in Ukraine, and the precipitating unpredictable operating environment, have led McDonald’s to conclude that continued ownership of the business in Russia is no longer tenable, nor is it consistent with McDonald’s values.

The American fast-food chain’s departure from Russia followed in the footsteps of numerous Western and United States-allied companies who abandoned business in the country after it launched its latest war with neighboring Ukraine on February 24. The U.S. government began imposing financial sanctions on Russian individuals and entities on February 24 in reaction to the Kremlin’s latest conflict with Kyiv. The campaign has continued to inspire U.S. allies to impose their own economic sanctions on Moscow. The effort has additionally spurred blanket boycotts of Russian business by Western companies, such as that exercised by McDonald’s in recent days.

Selling spirits in bottles that were tampered with costs importers $150,000 in fines

Turks consume hamburger the most as fast food