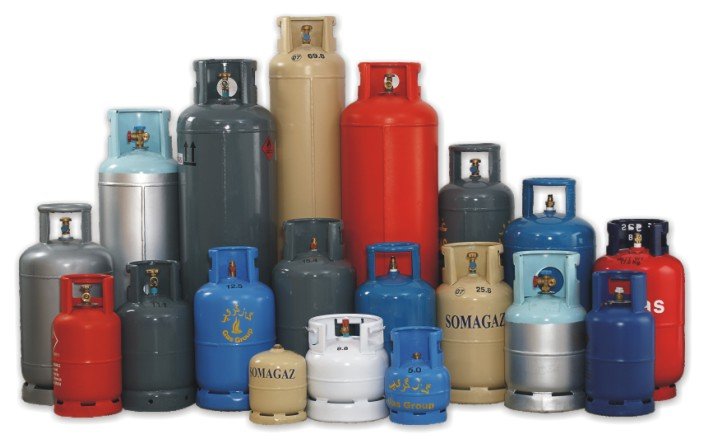 The two combatants are major players in the downstream oil and gas industry, and were business soul-mates until seemingly irreconcilable differences set them apart.

The duo are important players in the downstream oil and gas sector. While NLPGA is the umbrella body of all stakeholders in the nation’s sector, including importers and skid owners, NALPGAM on the other hand, is the association of indigenous private companies operating gas bottling plants scattered across the six regions of the country.

Their cold relationship became public towards thd end oc May following the outcry that trailed the increasing prices of cooking gas across the country.

In an attempt to shift responsibility, the President of NLPGA, Nuhu Yakubu, blamed the incessant rise in gas prices to the fall in ths value of the nation’s currency.

“Once you have the US dollars rise or increase, it is only logical that it will affect the retail price,” Yakubu had explained.

However, his explanation did not go down well with members of NALPGAM who accussed NLPGA members of inflating the price of a 20metric tonnes (MT) by 100 per cent.
According to NALPGAM President, Oladapo Olatunbosun, gas importers who were members of NLPGA sold to plant owners at N12.7m per 20metric tons (MT) despite purchasing the product at around N7m per 20MT from NLNG and other local producers.
“There is so much insincerity on the part of some of the LPG stakeholders who have been lucky to benefit from the systemic exploitation.
“They perennially blame the foreign exchange, Customs and VAT for the high price of LPG whereas they are the leeches in the system bleeding the consumers to death and smiling to the banks.

“Unfortunately, the government sees, hears, but in their usual and characteristic nature are deaf to the cries of the people”, Olatunbosun said.
Olatunbosun was backed by the executive secretary of the association, Bassey Essien, who claimed that as of Monday, May 23, cooking gas was N750 per kilogram at the depot and was sold at N800/kg at the retail end in Lagos, Ogun and some states in the South-West.

The same quantity of the product, he explained, sold for as high as N900 to N1,000/KG at retail ends in Edo, Delta, Bayelsa, Gombe, Bauch and other states.

“NLPGA should give us the exact figure of LPG its members got from NLNG. The NLNG supplies the current available products right now, and the price for which the company sells to terminal owners is known but is totally at variance with what they sell to us.
“The terminal owners get products directly from the NLNG and they get it way cheaper than they sell to marketers.

“We have been complaining about the high costs for a while now. Except we don’t want to tell ourselves the truth, consumers are complaining, marketers are complaining. Maybe it will get to the stage where we would carry placards to protest,” Essien stated.

The NALPGAM executive secretary also alleged that the LPG supply chain is controlled by several cartels holding everyone to ransom.
“There are different segments in the business chain. The depot owners are the ones who get the products and sell to marketers. Some of them import and also take from NLNG, while others solely import.

“Prices have been on the increase since late 2020, although price increment has always been there. However, things have started getting out of hand.

“I read the reason given by Nuhu Yakubu on high price of LPG. He forgot that not all off-takers have agreed to key into the systemic bleeding of consumers with high cost of LPG.

“There are also off-takers in the association who are God- fearing and tell the truth about what price NLNG sells their product.

“For imported gas and the excuses adduced for their price, that can be fairly understood. However, it begs for explanations when NLNG sells its product to off-takers at about N7m per 20MT and same off-takers sell the same product at N12.8m.

“Is there any moral justification for this, or is this not just an outright exploitation? If NLNG, with all its associated costs, puts the price at N7m, what are the associated costs to the terminal owners and off-taker beneficiaries of the NLNG product that will make them sell the same product at such an outrageous price of N12m and make the consumers believe it is a forex, VAT or Customs duty issue?”, he demanded.

He, however, blamed the NLNG for not speaking out against the glaring exploitation by some players in the industry despite being aware of the crime going on.

“NLNG has declined to say anything concrete after news broke that it sells at N7million to depot owners, while marketers buy at N12.5million. I contacted them to know how much they sell to depot owners but they said they’d have to consult with some other persons.

“The point is that, if I am selling soft drink and people are complaining that it is expensive, and you come to ask me and I tell you that I have to consult before I can respond to your question, then something is wrong. The NLNG should tell us how much they sell to depot owners so the whole world can know”, he said.

While the spat between NALPGAM and NLPGA appeared to be simmering, another group, the Liquefied Petroleum Gas Retailers (LPGAR), escalated the crisis when it fingered the NLNG and terminal owners as the culprits behind ths rising cost oc cooking gas.

According to the President of LPGAR,Michael Umudu, while foreign exchange allocations from the NLNG to marketers could only meet about 40 per cent of the consumption in the country, prices at the depots have ballooned from the average price of N11.4 million for 20 metric tonnes a few weeks ago to N12.6 million.

“The worrisome aspect of this development is that it has continued to rise on daily basis for weeks now but began to escalate in the last few weeks leading to significant increases in both depots and retail outlets.

“For us as retailers, it is a big problem because we can’t even afford to stock up our shops and even when we do, it will take time before we can make enough sales to get back our investments.

“What we find now is that people even bring in 12.5kg cylinders but opt to fill them with less than 6kg of gas just to manage at home,” Umude stated.

Meanwhile, cooking gas price has continued to soar in retail outlets accross the country.
A market survey by BH showed that a 12.5kg cylinder, which sold for around N7, 500 in January 2022, now goes for N10, 500 in Lagos, Abuja, and other cities in the Soutb Western part of the country.

It was observered that while neighbourhood gas sellers sell for between N750 and N850, filling station were selling a kilogramme for N700.

At the NIPCO Gas Plant inside the Mobil Filling Station at Odo Eran in Ogba, Lagos, our correspondent observed a customer paid the sum of N8,750 for a 12.5kg cylinder.
The lower price observed at the Ogba plant of NIPCO was quite an exeption, as only few gas filling stations were selling to customers at the same price.

Eight out of ten gas sellers visited by our correspondent in Lagos and Ogun sold to customers from N750 to N850.
The situation, findings revealed, has compelled most households to drastically cut down on their gas usage, or totally switched to other sources of energy, especially charcoal and kerosene.

Speaking on the development, LPGAR President, Mr. Michael Umudu, confirmed that the demand for LPG had dropped drastically by about 40%.

“We are aware that the local consumption of cooking gas has dropped from 1.2 million metric tonnes per annum(mmtpa) to around 750,000mtpa out of which about 600,000 mtpa is supplied by local producers.

“For us as retailers, it is a big problem because we can’t even afford to stock up our shops and even when we do, it will take time before we can make enough sales to get back our investments.

“What we find now is that people even bring in 12.5kg cylinders but opt to fill them with less than 6kg of gas just to manage at home,” he lamented.

In his reaction, the General Manager, External Relations and Sustainable Development of the NLNG, Mr. Andy Odeh, assured Nigerians that the government is seriously working towards addressing the issue.

This, according to him, shows the company’s strong commitment to the continued growth of the domestic LPG market.