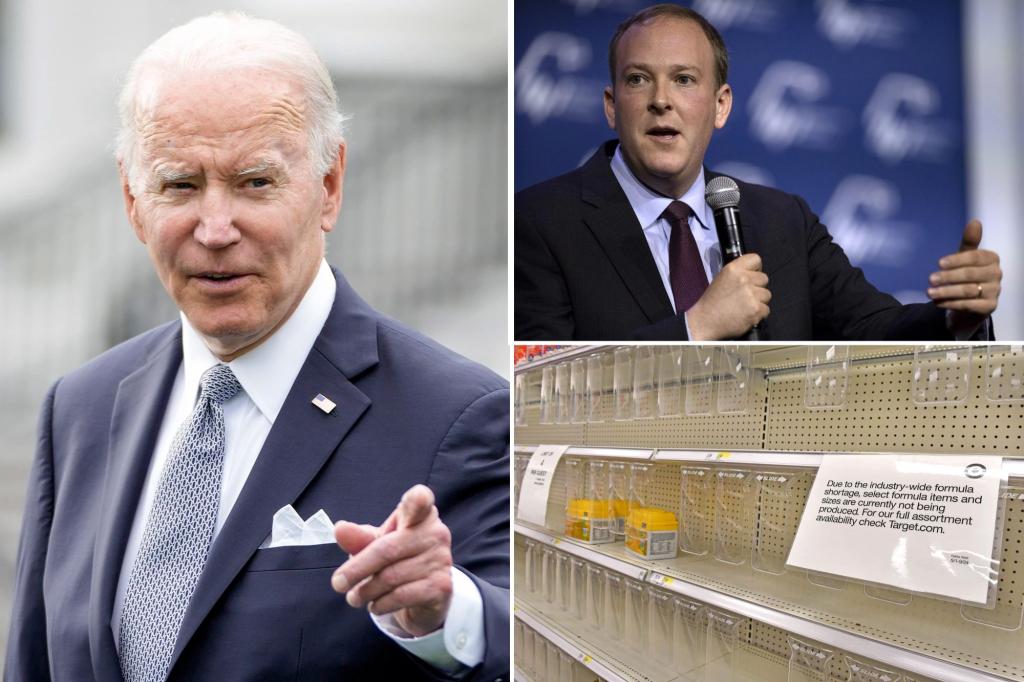 Long Island Republican Rep. Lee Zeldin is the latest member of New York’s Congressional delegation to demand the Biden administration invoke emergency measures to address the growing crisis of the shortage in baby formula across the country.

Zeldin’s tweet came a day after Senator Kirsten Gillibrand told a radio program the infant formula shortage “is a life or death issue” and said she also planned to ask Biden to invoke the 1950 law that authorizes the president to order companies to produce goods or products in a national emergency.

New York Democratic Rep. Carolyn Maloney, who is chair to the House Oversight Committee, is demanding more information about the shortage from four major producers of baby formula across the country, as the FDA announced plans to allow baby formula imports last week.

The calls came amid the growing shortage with Abbott Nutrition, the largest producer of formula in the country, repeating assurances it could begin producing formula shortly after the Food and Drug Administration signs off on the hygiene of their plant in Sturgis, Michigan.

“Subject to FDA approval, we could restart our Sturgis, Mich., site within two weeks,” a spokeswoman for Abbott told The Post Saturday. “From the time we restart the site, it will take six to eight weeks before product is available on shelves.”

The shortage is so widespread that even one black market vendor at an East Village flea market who usually hawks Enfamil baby formula for $10 a canister said he hasn’t had any formula to sell “in a while.”

“They sell quick,” said the vendor, who refused to give his name. “Gone in no time.”

The lack of forumula was also fueling interest at breast milk banks across the country, which collect excess breast milk to give to mothers of premature infants.

But critics say Abbott is passing the buck to the FDA for its own failings, and that both are to blame for the current situation.

“Abbott has to be a bit scared from a civil liability point of view, but there is no reason that Abbott couldn’t start producing product very fast with sufficient warnings to consumers,” said Bill Marler, a food safety lawyer based in Seattle.

Those warnings would include telling customers to boil water and sterilize bottles and nipples before using powdered formula to prevent the cronobacter bacteria, which can cause deaths in infants, Marler told The Post. Two babies have died amid the recent cronobacter outbreak.

Marler, who has been litigating food safety cases for more than 30 years, posted whistleblower reports online detailing the “mess” at Abbott’s facility, which had not been inspected in 2020 because of the coronavirus pandemic and fell short of hygiene standards a year later after an FDA inspection.

“Once Abbott and the FDA knew they had a problem, they should have asked themselves what could happen to the supply of baby formula if they recalled all the products,” said Bill Marler. “The recall was much broader than it needed to be given the risk that they would have a shortage.”

In February, Abbott stopped production at its Sturgis plant and recalled lots of powdered formulas, including those sold under the brand names Similac, Alimentum and EleCare because of the risk of possible contamination with cronobacter.

The recalls added to a baby formula shortage caused by supply-chain problems connected to the Covid-19 pandemic. During the first week of May, 43 percent of the most popular infant formulas have been out of stock, according to Datasembly, a company that tracks retail pricing and sales.

How to Effectively Market to Gen Z and Beyond