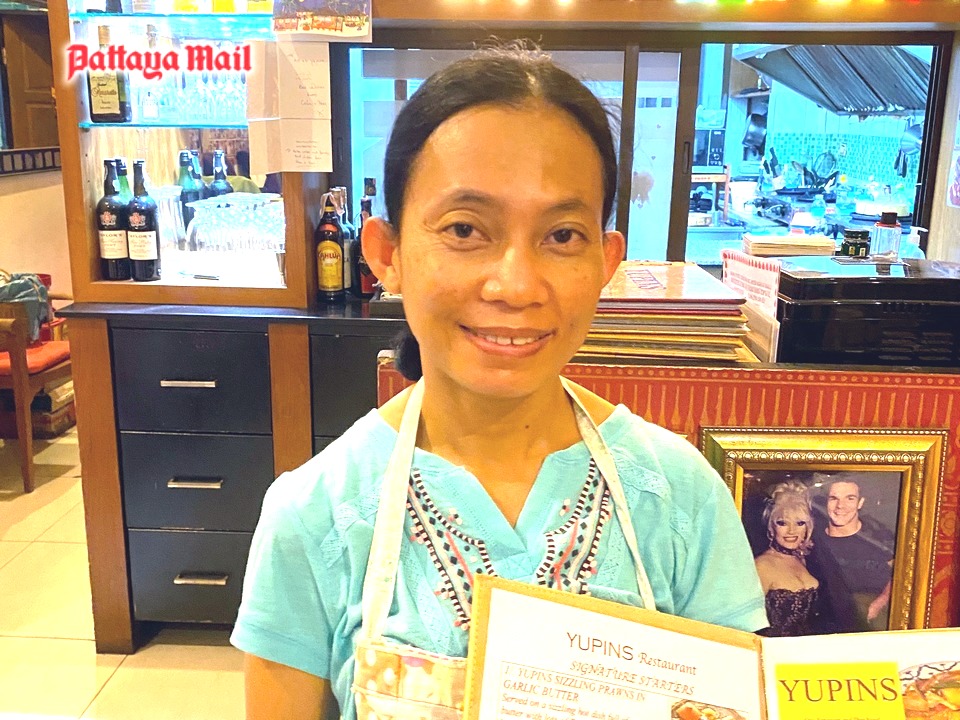 One of the best known international restaurants in Jomtien, Yupin’s has been catering to the discerning diner since 2013. Master chef and licensee Yupin says the secret of its success is the spirit of fun which permeates all that she and the staff do. Situated in the heart of Jomtien Complex, the city’s best-known gay district, Yupin’s in fact is just as popular with families and non-gay clientele. The friendly atmosphere is pervasive. Or it was, before the decree restricting restaurants to take-out and delivery services recently took effect.

The silent partner is husband Peter, a British born expat, whose varied international career is jaw-dropping in its diversity. His professional activities – merely examples – have included training in hotel and catering at the then-named Oxford Polytechnic, food services manager at Silverstone race circuit, chief administrator in the oil and gas industry in Algeria and owner of 18 jewelry retail outlets here in Pattaya. A regular vacationer in Thailand, Peter met and married Yupin in 2004. She, a professional Thai cook, quickly also learned the arts of European cuisine preparing large dinner parties organized by Pete at their Jomtien flat.

Yupin’s restaurant has been popular since day one. Initially, there was no local competition for quality European cooking accompanied by tiptop Thai cuisine within a moderate price range. A permanent feature has been the adding of novel international dishes to the substantial menu. For example, there’s Bunny Chow, a spicy Indian curry of lamb fillets soaking into a loaf of French bread crust with all the trimmings. Or Yupin’s Tournedos Rossini, an Argentinian fillet steak on top of a Paysannale pate on toast plus plus. With innovation like that, Yupin’s has always led the discerning food field.

Peter and Yupin feel confident that now operations are in full swing again and with the sale of alcohol also permitted, the business will once again flourish because of pent-up expat demand. For reservations, give them a call on 038 250394.