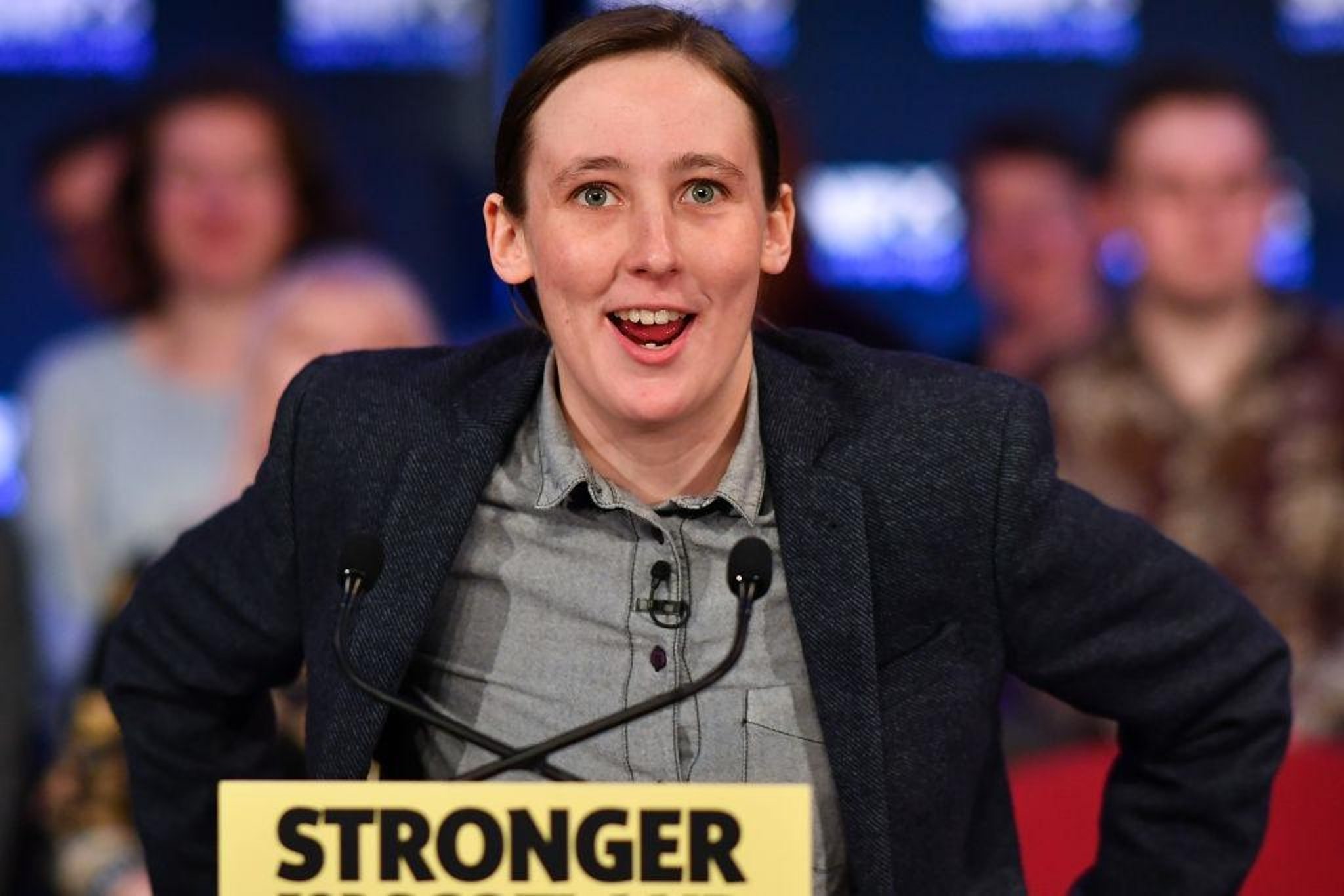 When we boarded at York we noticed that the bar was open, as we expected, so we bought two small bottles of Merlot to have with our packed lunch and decided to consume them before we reached Scotland. But the bar remained open after Berwick-on-Tweed and sold alcohol through Waverley and onwards. When we alighted at Kirkcaldy the bar was still open and doing good business.

I’m a bit puzzled as to why alcohol consumption is permitted on one line travelling through Scotland but banned on another. I’m aware that Scotrail has had trouble on some of its trains but surely that’s a matter for Scotrail and the Transport Police to address, perhaps with a steward aboard to report incidents. Is this yet another example of Government inconsistency?

Ms Black might have suffered the misfortune of being on the wrong train if she wishes to drink lager. She might know better next time.

Living on the worst pension in Europe leaves you lonely, and powerless. The remedy is to join your local “Pensioners for Independence” branch and feel part of the great movement for an Independent Scotland that will offer you something much more like a living pension while making friends that are not limited to one party only.

Our branch of Pensioners for Independence started in the back room of a friendly pub. The owner produced sandwiches and we bought the beer or coffee or whatever. We grew so fast that we now meet in a hall for a monthly afternoon of discussion or lectures followed by tea, biscuits and blether. No one talks party politics. No one knows what party you support. We are simply for Independence and a better life, for us, for our children, and for their children. No one now doubts that Scotland can afford to be much more caring than under Westminster. For us pensioners, the sooner it happens the better.

At our meetings I have learned how an organic farm is run and how Scotland’s ports should be organised. It is an interesting and pleasant afternoon which ends with us all better informed and inspired to do something positive about the position pensioners find themselves in. Once the next referendum campaign starts, we’ll be out with our banners at demos, manning street stalls and doing what we can to carry Scotland forward to Independence. Having people from every party is a huge asset at a street stall. It makes people stop and talk without feeling that they are committed to any particular party.

Pensioners for Independence has no joining fee. Our goal is Independence, only that, and amongst new friends, we feel useful and worthwhile again. Like Women for Independence, we are the true face of the new Scotland that is now inevitable. The opposition at Holyrood, spurred on by worn-out Westminster, do not represent what is in a majority of Scottish hearts.

Why do Independent candidates stand for election and fail to publicise what they stand for? Of the five independents in Edinburgh Central, I knew of only one from a previous election. I did not receive a single election leaflet through my door for any of them. I therefore had to rank each Independent candidate randomly to ensure the Conservatives were 13th on my ballot paper.

Kenny MacAskill’s comments are a much-needed look beyond the rhetoric to the reality of the war in Ukraine (Perspective, 5 May).

When the Wall Street Journal publishes an article entitled “The US should show it can win a nuclear war” alarm bells should be ringing. The nuclear war some in the US would try to “win” would be fought, at least initially, in Europe.

The outlines of a settlement in Ukraine have been well understood for a long time. Ukraine’s only viable future lies in neutrality, neither friend nor foe of Russia. Nato membership and nuclear missiles on the border of Russia, that could detonate in Moscow within five minutes of launch, will never be accepted by the Russians. Everyone knows how the US reacted to a comparable threat during the Cuban Missile Crisis.

Until this threat is removed, Russia will not leave the Ukraine.

You would think that by now the US would have concluded that “regime change” is a somewhat flawed policy concept, but no, this time they are going for the big one. The fantasy of replacing Putin – which even if possible, would only lead to a more militaristic leader – is what is turning on Washington, and so the obvious solution is brushed aside in favour of fighting Russia to the last drop of Ukrainian blood.

As Mr MacAskill points out, the “victory” talked of here is merely a synonym for “carnage”. It is just a question of how much. The rhetoric from Washington would suggest they are comfortable with a long-term war in Europe, but of course, as all the grandstanding about the use of nuclear and biological weapons makes clear, it could escalate even beyond that.

To avoid this catastrophe, we must start by making it clear to our own leaders, who currently parrot the Washington line, that their mindless warmongering rhetoric must stop.

Your report “Coca-Cola, Pepsi and Heineken products make up 23% of branded litter in UK” (6 May) states: “The drinks industry is the largest polluter for the second year running and responsible for more than a third of litter found in 2020 and 2021…”. Wrong, responsibility does not lie with the drinks industry, it lies firmly with irresponsible, anti-social louts who habitually toss away their litter anywhere for others to clear up.

It was heartening to read about the launch of the Cromarty Hydrogen Project (your report, 6 May). This facility will produce 20 tonnes of hydrogen per day. It will be green hydrogen, made by using electricity to split water into its constituent elements. One major advantage of this process is that it can be switched on every time there is excess generation by wind turbines. It thus offers a form of electricity storage to back up wind generation.

So far, so good. However, this development does not solve our present problem, namely that loss of nuclear generation now that Hunterston power station has been closed has resulted in a rise in burning gas to generate electricity, thereby increasing our CO2 emissions at a time when it is imperative that we reduce them. Also, the war in Ukraine has forced us to put energy security at the top of our agenda. Relying on gas to power our electricity while we are importing that gas from other countries is a bad strategy, as well being environmentally damaging.

The case for nuclear generation is therefore stronger than ever. Nuclear provides emission-free electricity 24/7 and it is an excellent back-up to intermittent generation by wind and solar.

We face huge increases for electricity on all fronts – electric cars, electric heating, trains, lorries and public transport. Meeting that huge demand will require a broad mix of generation which includes wind, solar, tidal and nuclear. That broad mix is also our best answer to the threat of climate chaos. Simply burning more gas, as Scotland is now doing, is the worst answer.

With energy giant Shell revealing record profits of more than £7 billion in the first three months of the year, along with BP profits of £5bn over the same period, this amounts to a staggering profit of £1,500 a second. Household bills are soaring on the back of these profits, renewing calls for a windfall tax. While the UK Government is claiming that this will impact on investment by these companies, the irony is that BP boss Bernard Looney has said that such a tax would not impact on its proposals.

Other countries also do not seem averse to imposing such a tax. Italy has imposed a windfall tax, to cushion the impact of energy price rises, with the levy on energy industry profits rising to 25 per cent from 10 per cent. Spain has also agreed to remove taxes from home energy bills, which would instead be paid by enforcing a windfall tax on companies profiting from the surge in energy prices.

It is highly immoral that oil companies are benefiting from excess profits, while households struggle, and yet the UK Government is unwilling to act to impose a one-off windfall tax to cushion the blow.

I very much enjoyed the feature on Keith Brown (5 May) and respect highly the part he played in restoring the sovereignty of the Falkland Islands in 1982.

I especially appreciated the words attributed to him in the final paragraph, in which he states that a referendum decision (to stay with the UK) should be the final word.I trust that that philosophy will transfer to the Party of which he is Deputy Leader.

We welcome your thoughts. Write to [email protected] including name, address and phone number – we won’t print full details. Keep letters under 300 words, with no attachments, and avoid ‘Letters to the Editor/Readers’ Letters’ or similar in your subject line. Do not send letters submitted elsewhere. If referring to an article, include date, page number and heading.

A message from the Editor

Thank you for reading this article. If you haven’t already, please consider supporting our trusted, fact-checked journalism by taking out a digital subscription. Click on this link for more details.

How delivery riders are being protected in the UAE