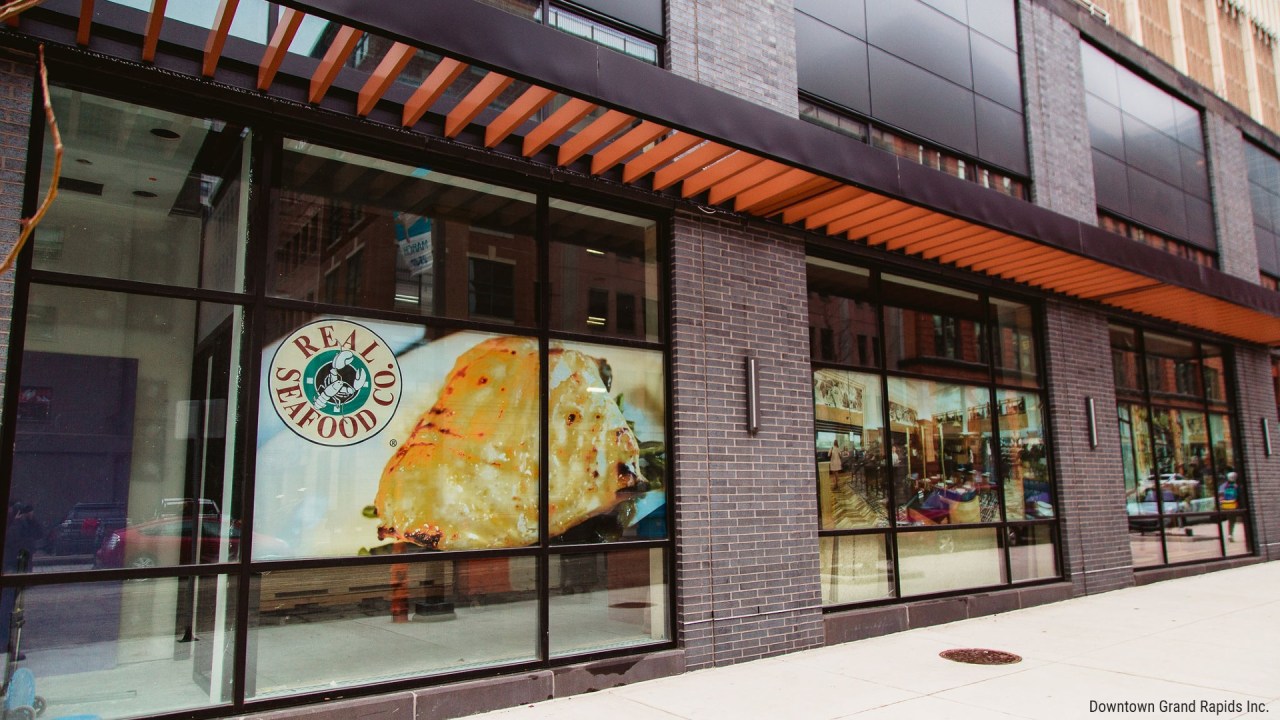 GRAND RAPIDS, Mich. (WOOD) — The date is set: West Michigan’s first Real Seafood Co. restaurant in Grand Rapids will open to the public on May 24.

Real Seafood Company Grand Rapids announced its grand opening plans on Facebook Friday. While the grand opening is scheduled for May 24, the restaurant is taking reservations the night prior for a dinner benefit supporting the Griffins Youth Foundation.

Real Seafood Co. began open interviews for employees last month. To lure in more potential workers, the restaurant offered a $1,000 bonus for full-time workers who stay on past 40 days.

Real Seafood Co.’s opening comes a couple of months later than the business initially hoped for and nearly a year after Real Seafood Co. signed a lease for the space at 141 Lyon St. NW east of Monroe Avenue.

Crews have been working on the buildout for months. Conceptual renderings show a two-story dining area that includes a private dining room, an outdoor patio and a raw bar.

The modern design features warm-colored wood, black and golden light fixtures, with brown, black and blue furnishings mixed in. Murals cover the upper walls on the lower level of the restaurant and the dining area features a fireplace.

Growing Grand Rapids and beyond: 22 places planning to open in 2022

Real Seafood Co.’s outdoor patio is located on the west side of the restaurant. The conceptual renderings show a pergola structure over a portion of the patio with table umbrellas to shield customers from the summer sun.

This is Real Seafood Co.’s fifth restaurant. The other locations are in Ann Arbor and Bay City, Michigan, as well as Toledo, Ohio and Naples, Florida.