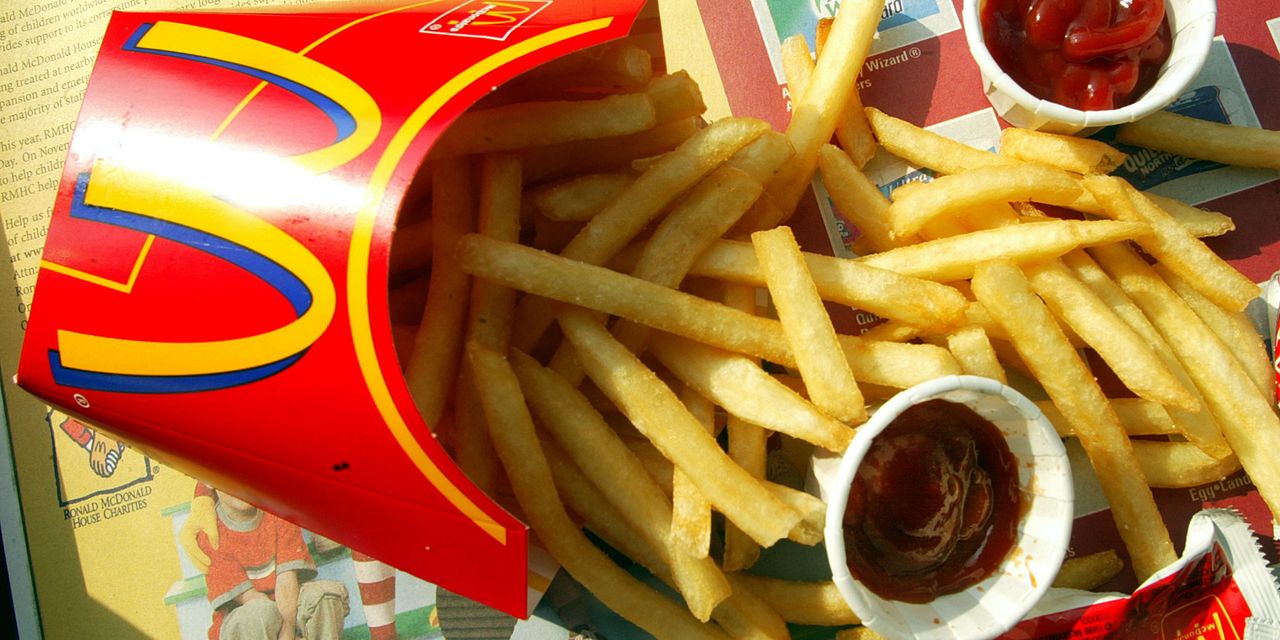 
Restaurant stocks have had a tough go this year, with almost no major companies in the black year to date, or the past 12 months. Would a potential recession bring more pain to the group? Perhaps, but the bears are overlooking some key catalysts, say analysts.

Of course, for the moment the U.S. economy isn’t in a recession, and there are reasons for hope that the gloomiest outlook won’t prevail. Nonetheless, the latest consumer price index—which showed inflation surging to fresh multidecade highs, including for food—have restaurant investors wondering how they might position themselves in case of a downturn.

BofA Securities analyst Sara Senatore takes a look at the sector, writing that while there are plenty of differences between today’s environment and the financial crisis over a decade ago, there are still parallels to draw, given the discretionary nature of restaurant spending.

Not surprisingly, restaurant stock valuations contracted sharply during the 2007-09 recession, with the forward price-to-earnings ratio for the S&P 500 Restaurant Index contracting to 0.7%. Now it trades just below its 15-year average of 1.3 times, meaning at present, stocks aren’t pricing in a severe downturn.

Nor should it necessarily. Putting aside strong economic indicators, it’s wrong to paint the industry with one brush. As Senatore notes, average same restaurant sales for more value-oriented fast food companies declined less than 2% in 2009, compared with a more than 7% decline for full-service restaurants.

‘ (DRI) Olive Garden used their scale to outpace their competitors in areas like advertising and quality. “So just as the Great Financial Crisis proved that not all limited service restaurants were equally equipped to weather the storm, we think the same is true now,” she writes.

There’s also the fact that right now, restaurants also have some unique tailwinds, like consumers prioritizing experiences—like dining out—that were on hold during the pandemic, as well as ongoing resilience for higher-income consumers that aren’t as pinched by inflation and could soon be returning to offices slightly more regularly. That makes Senatore upbeat on

He acknowledges that “the near term will likely remain bumpy for restaurant stocks until a clearer picture around consumer health emerges,” yet he still thinks that value-focused highly franchised fast food stocks like

Jack in the Box

(JACK) look attractive in the current environment. He thinks companies like Chipotle and Darden could also be among the bigger beneficiaries if demand holds up better than expected.

Carril writes that management teams he’s talked to are aware that inflation presents an ongoing headwind for the back half of the year, but that so far the “tone from management teams has remained constructive about demand levels.”

Write to Teresa Rivas at teresa.rivas@barrons.com