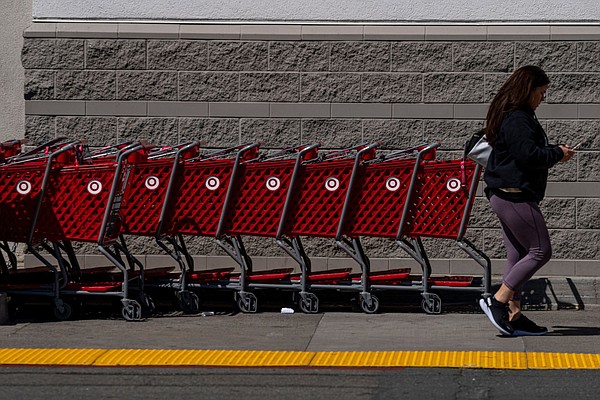 The wild swings in consumer stocks this week that erased $503 billion in market value are far from over with earnings reports from well-known retailers including Dollar General, Macy’s and Costco still to come.

Volatility in consumer stocks reached levels not seen since the early days of the pandemic-driven rout as retailers from Walmart to Target cut their annual profit forecasts and stoked concern over the impact of rising inflation and the challenge to pass on higher costs to consumers.

Walmart and Target each posted their biggest one-day declines since 1987 after their results, sparking 19% and 30% sell-offs respectively this week. Ross Stores Inc. was the latest to trim its forecasts for comparable sales and profit, fueling its biggest decline since 1986.

“The implications for retailers that have yet to report are not promising,” said John Zolidis, president of Quo Vadis Capital, after Walmart and Target’s bleak updates. Several brokerage firms, including Truist Securities and Oppenheimer, have trimmed profit expectations for retailers that have yet to release quarterly results, including Dollar General and Costco.

Gap Inc., which will report earnings after markets close on May 26, forewarned investors last month, slashing its quarterly sales outlook on “macroeconomic dynamics” and execution challenges at its Old Navy brand.

Here’s a look at some of the other notable retailers scheduled to report next week:

• Macy’s: The department store operator will report first-quarter results ahead of the bell on May 26. The stock is down 29% this year, after more than doubling in 2021 with the company benefiting from pent-up demand as consumer mobility resumed. Shares are likely to be volatile after earnings, with an implied one-day move of 14%, according to data compiled by Bloomberg.

• Dollar General Corp.: The discount retailer also reports earnings on May 26. Its stock is expected to move more than 8% in either direction after it releases results, data compiled by Bloomberg show. That’s bigger than the moves seen after the past eight quarterly reports were issued. Dollar General has declined 20% this year.

• Costco: All eyes are on Costco after peer BJ’s Wholesale Club bucked the trend this week and reported earnings and sales that grew in the quarter. As one of a few retailers that still reports monthly sales, the company’s April net sales increased 13.9% year-over-year after climbing 18.7% in March. Costco, which is due to report after the bell on May 26, has slumped 26% this year.

Reading record stores that were forced out by iconic Virgin Megastore

How to make a chai latte