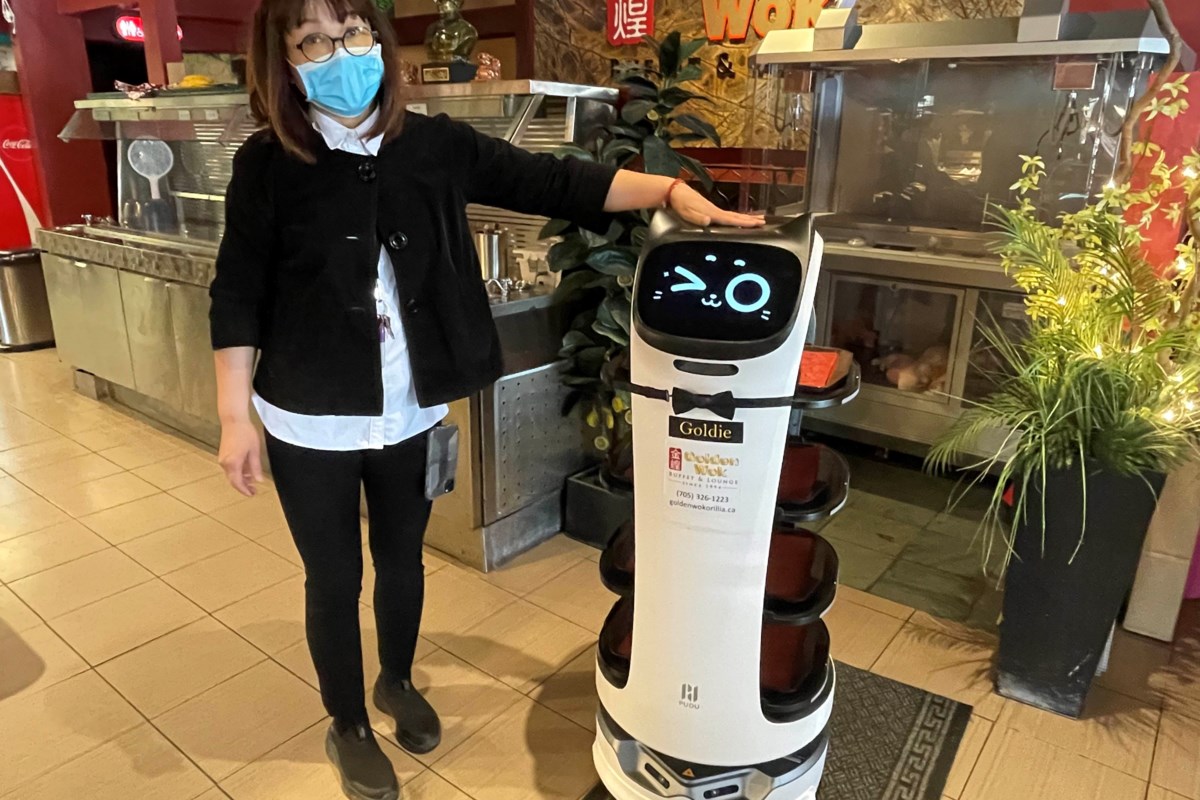 The Golden Wok Buffet and Lounge in Orillia has a new staff member on board, and it isn’t human.

Katty Po, owner of the downtown Chinese food restaurant, ordered a restaurant robot from a company called Pudu after having one serve her in Toronto.

“I know many people are using robots now because it’s not easy to hire people to work,” she said. “That’s why she can help when we are busy.”

The robot has a personality and charm, she says, noting she has given it the name Goldie to stick with the Golden Wok theme.

Goldie can carry four trays of food and is programmed to make its way from the kitchen to the dining room without running into any barriers or people.

Goldie can also provide music to guests and is even programmed to sing Happy Birthday to those celebrating their big day at the restaurant.

“The customers like it,” Po said. “I think it surprises people by how much it can do.”

Goldie can also act as the restaurant’s hostess and direct people to their tables, which is what the Golden Wok mainly uses it for.

“We still need a server to serve customers,” she said. “We don’t want the customer taking their food from Goldie all by themselves, especially with COVID-19.”

Goldie has been a huge help for the restaurant, said Po, adding the Golden Wok has been struggling without its buffet, which has been closed since the beginning of the pandemic.

“Goldie makes the customers happy,” Po said. “The robot is funny, and people have never seen this before.”

Po says some customers are even calling ahead to make sure Goldie will be charged up for their visit. She also says Goldie wasn’t cheap, but it’s a trend that is becoming popular in restaurants around the world.

Po isn’t sure when the popular buffet will reopen at the 16 Front St. N. eatery, but she hopes it will be sometime in the summer.

“We are still concerned about the pandemic,” she said. “Many people are still getting sick and it’s something we really need to think about.”Robotic server

McDonald’s opened in Russia 32 years ago. The fast-food giant is now leaving the country for good