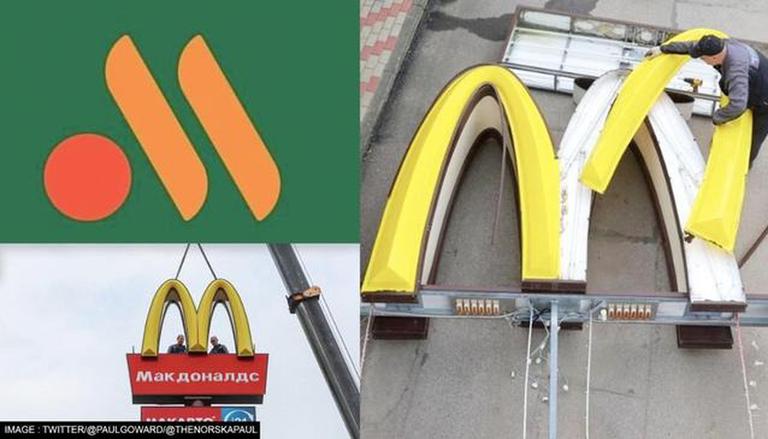 Fast-food service company Sistema PBO, which manages the famed American brand McDonald’s chain in Russia’s Moscow recently unveiled its new logo as it prepares to reopen the restaurants on Sunday. Chicago-based fast-food giant McDonald’s had pulled out its operations based out of Russia, selling nearly 847 restaurants after its almost three decades of operation had entailed in response to Russia’s brutal war in Ukraine. It had “de-arched” its Russian restaurants at the time of withdrawal, implying that the new owner could not use the company’s name, branding, logo or menu.

McDonald’s had announced that its “continued ownership of the business in Russia is no longer tenable, nor is it consistent with McDonald’s values” as it shut the restaurants across Russia.

Now, replacing the McDonald’s iconic and visually identifiable Golden Arches, Russia’s new McDonald’s company rebranded the logo to a circle, representing a burger, and two slant orange lines that depict French fries. “The green background of the logo symbolises the quality of products and services that our guests are accustomed to,” a spokesperson for the company told TASS news agency. The new logo, he informed, will be used by the company in the advertising campaign. The three shapes together resemble the abstract letter “M” that represents the brand.

While the chain will operate under a new name, it remains unclear at this time whether it has been approved yet. Some of the names being considered include “Tot Samyi” which translates to “the same” from the Russian to the English language, or “Svobodnaya Kassa,” which means available cash register, according to the Russia-based Moscow Times newspaper.

State-affiliated TASS reported that the first 15 new outlets are scheduled to open in Moscow on 12 June. All 847 branches of McDonald’s were acquired by wealthy entrepreneur Alexander Govor, who owns as many as 25 restaurants in Siberia. He plans to open the rebranded chain in its first 15 locations in Moscow on Sunday which will be followed by another 200. Izvestia newspaper had first reported that the new fast-food company that acquired the popular American brand McDonald’s had unveiled a logo. A spokesperson had reportedly said: “Yes, we confirmed it.”

McDonald’s in Russia had suspended operations on March 14, and by May 16 the world-renowned American fast-food chain had officially withdrawn from the country, joining the strings of foreign brands that pulled out in a coordinated boycott against military assaults in Ukraine. “The humanitarian crisis caused by the war in Ukraine, and the precipitating unpredictable operating environment, have led McDonald’s to conclude that continued ownership of the business in Russia is no longer tenable, nor is it consistent with McDonald’s values,” the company had announced in a statement. McDonald’s President and CEO Chris Kempczinski said in an open letter, “Our values mean we cannot ignore the needless human suffering unfolding in Ukraine.”

Mcdonald’s had launched its first outlet in the then-Soviet Union in Moscow’s Pushkin Square in January 1990. Sales from the locations in both countries Russia and Ukraine represent about 9% of the company’s total revenue, indicating that the brand suffered a major hit, although it still continues to pay salaries to employees. At least 62,000 Russian employees lost jobs after McDonald’s abruptly shut operations back in March.

Stepan Maslennikov headed the retail direction of the Orient Group