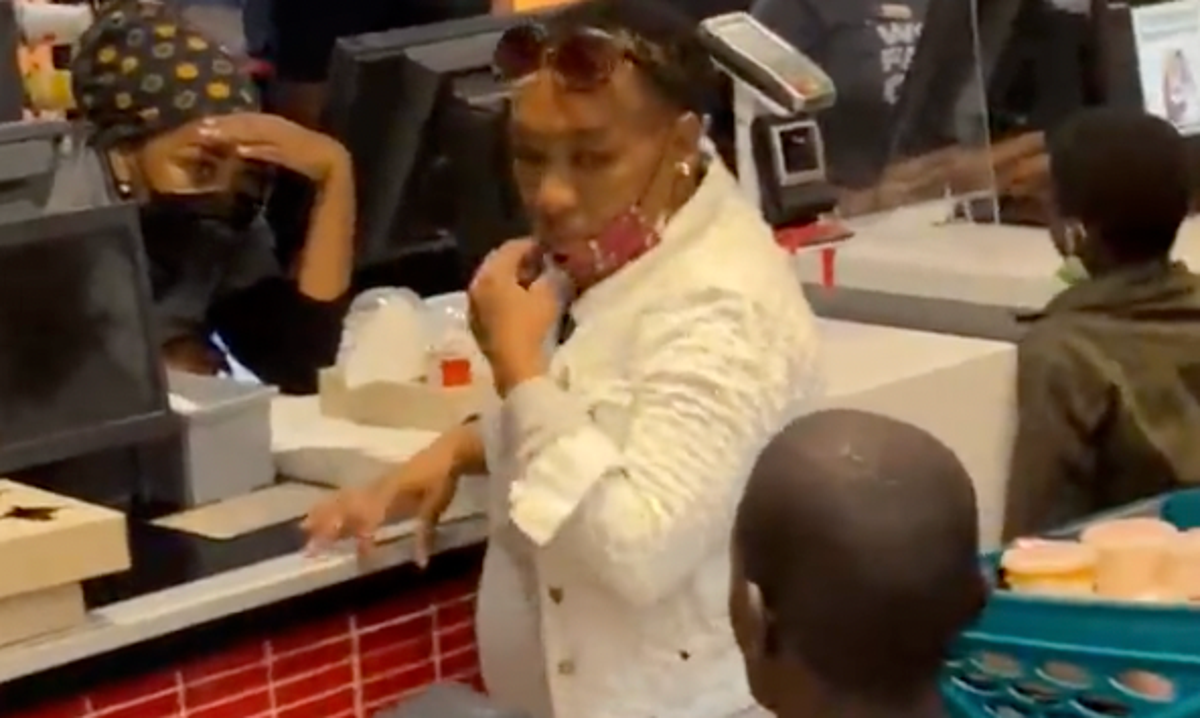 A video of a man’s failed marriage proposal at a McDonald’s in South Africa has gone viral.

A man can be seen in the viral video holding out a ring box while the woman being proposed to places her order at the fast-food chain’s Sandton branch in Johannesburg.

“Witnessed such a sad situation today yoh,” said Twitter user Madame Fossette who uploaded the viral video, which has collected 3.7m views and received over 66,000 likes and 11,000 retweets.

The woman can be seen chatting with a McDonald’s employee before looking back and shaking her head sideways at the man.

The crowd at the restaurant can be heard cheering in the background.

But things take a turn for the worse as the woman exchanges inaudible words with the man and then storms out of the restaurant.

The man gets up, collects food from the counter and leaves as well.

While some social media users shared their sympathies with him, others said “women have all rights to say no to a proposal”.

Many blamed the man for proposing to the woman “at a McDonald’s out of all places”.

Another person joked: “She said McNo.”

“Trying to back someone into a corner is one thing, but doing it in a fast food line is absolutely crazy,” one person wrote.

Another added: “He proposing at McDonald’s… The disrespect. He lucky she walked away cause I would’ve tossed the ring in the fry grease.”