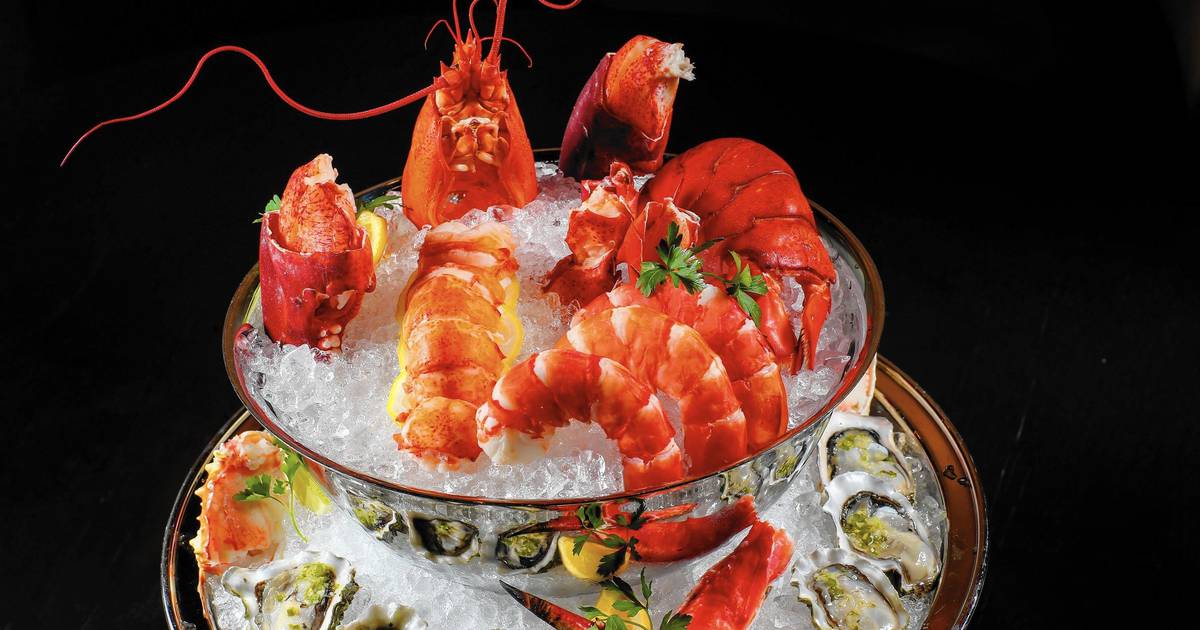 I remember my first seafood tower. I especially remember that someone else was buying.

Whether they’re called seafood towers, or plateaux de fruits de mer, these elaborate collections of raw and cooked shellfish are feasts for the eyes and the stomach. They’re also quite expensive, starting around $60 and soaring to more than triple that.

Restaurants like serving them because — spoiler alert — they’re profitable. They don’t tax the kitchen unduly, as the raw stuff is kept on ice. The cooked items (lobster, crab legs) are prepped well in advance, requiring only minimal assembly. And platters are a relatively easy sell; once one of those Towers of Shellfish Power hits a table, everybody nearby wants one.

Worth it? Is a $60 steak worth it? This is splurge dining, no doubt, but, split among several dining companions, seafood towers can be — well, not inexpensive but certainly approachable.

Virtually every steakhouse and fish specialist in Chicago offers a seafood platter of some sort. One exception, sort of, is Gibsons Bar & Steakhouse, which doesn’t offer set platters but happily customizes shellfish assortments, so guests get exactly what they want.

Which brings me to my first seafood tower tip: Check the a la carte options before committing. You might be able to craft an assortment that’s more to your taste, and even less expensive, by ordering individually.

Tip No. 2: If you want clarified butter, ask. Many restaurants are so fixated on cocktail, mustard mayo and mignonette (the Holy Trinity of seafood sauces) that they omit the butter. (To their credit, RPM Steak and Maude’s Liquor Bar do not.) And yet, all these places have drawn butter on hand. So ask.

I couldn’t try every seafood tower in town (as appealing as that prospect was), but here’s a sampling of the platters out there, from the magnificent to the mundane.

Del Frisco’s Double Eagle Steakhouse. The Gold Coast location of this steakhouse chain is gorgeous, highlighted by the multistory glass wine tower in the center of the restaurant. The shellfish platter ($79.50 and $153) arrives on a large glass plate, deep enough to hold a layer of ice, raised above the table by a metal frame.

Our plate, sized for two, held a couple of meaty oysters, one very large king crab leg, two large shrimp and, the highlight, two jumbo stone crab claws (when out of season, stone crabs are replaced by other crab claws or a lobster tail). Not the biggest platter in our tour, but quality was good. Wrapped packets of saltines, resting on the ice, were a visual negative, and though the single-platter presentation is easy to access, the ice layer turned soupy after awhile. 58 E. Oak St., 312-888-2499

Mike Ditka’s. My seafood odyssey took me west to the Oak Brook location of Ditka’s, a popular hangout; customers were two-deep at the bar when I hit the door around 6:30, and 90 minutes later, there wasn’t a square foot of public space unoccupied. The nice thing about Ditka’s platters is that they come in three sizes; there’s the seafood platter (feeds one or two, $31.50), shellfish tower (three or four, $64.95) and the shellfish castle (five or six, $84.95).

Fig and Olive. The Chicago branch of this national chain — other locations are in New York, Los Angeles and Newport Beach, Calif. — has an understated opulence that’s perfectly suited to its Gold Coast surroundings. Though it can be noisy when full, which it usually is, the dining room is bright and comfortable, and the contemporary-look bar is a fine place for a well-made, as it usually is, cocktail. There are two seafood towers here, one serving two to three guests ($75) and one for four to six guests ($125). Given the relative sizes, the $125 option is the way to go, but overall, the selection of shrimp, crab legs and whole lobster was underwhelming.

A ramekin of salmon ceviche was a nice inclusion (though the lack of acidity made me think it was salmon tartare), but too-dry crab legs and shrimp left us underwhelmed. Service was goofy; our highly distracted waiter delivered his entree recommendation spiel to us twice, and he seemed rather crestfallen when we declined to order entrees. Sorry about that, sir, but you did get the table back pretty quickly. 108 E. Oak St., 312-445-0060

Kinmont. The grandest platter in Chicago (and the priciest) is the Kinmont tower ($190), a four-tiered tribute to shellfish excess that will put you in a seafood swoon. On the top tier, gravy boats of lobster meat and dishes of citrusy Peruvian scallop ceviche with tomatillo salsa and yellowtail tartare in salsa verde and spicy sambal.

The middle tiers hold a dozen U10, head-on prawns and about a half-pound of king crab legs. The bottom tier, the largest, holds two dozen raw oysters — six each of four varieties. And all the mignonette, cocktail and mustard aioli sauces you might require. The only disadvantage to the tower is its eclipse; Kinmont is not a brightly lit restaurant, so it can be hard to see the two lower layers with the upper two blocking the light.

Fortunately, on-the-ball service quickly removes each layer as it empties; 10 minutes or so after you start, you’ll be able to see your companion again. Not so hungry? The more modest shellfish platter is a mere $95. 419 W. Superior St., 312-915-0011

The Kitchen. This Colorado-based concept — Chicago is its only out-of-state location — is unpretentious and welcoming. Opened in late fall on the east end of the Reid Murdoch building (River Roast occupies the west end), The Kitchen is a wide-open space of concrete pillars and exposed mechanicals, its industrial look softened by contemporary lighting and a flashy display kitchen. Head chef is Johnny Anderes, whom Chicagoans will remember for his fine work at Telegraph.

The Kitchen seafood platter, $110 (the half-platter is $60), includes a whole lobster, a half-dozen clams (quite briny), a dozen oysters, king crab legs and 18 lightly smoked mussels, distributed throughout a three-tiered service piece. The mussels, each graced with a sliver of jalapeno, are especially good, but superior sourcing is evident in every morsel on the three-tiered platter. 316 N. Clark St., 312-836-1300

The latter is three tiers of magnificence, including two dozen oysters, a pound of crab legs, a dozen jumbo shrimp and lobster, all of impeccable quality. There also are ramekins of marinated, out-of-shell mussels (delicious) and spicy tuna tartare. Platters are nicely adorned with sea beans and candles, the latter helpful in Maude’s moodily lit interiors. One of the best plateaux out there. 840 W. Randolph St., 312-243-9712

RPM Steak. The best steakhouse Chicago has seen in a long time is no slouch when it comes to seafood. The RPM grand seafood platter ($130) is a two-tiered arrangement that chef/partner Doug Psaltis likes to call “the Stanley Cup of seafood platters.” What you get is a surfeit of West Coast oysters, each kissed with RPM’s jalapeno mignonette; three U4 prawns so large I was glad to have a knife; a 21/2-pound Maine lobster and a half-pound’s worth of king crab legs, along with drawn butter and cocktail and Dijonnaise sauces. The quality of the seafood is beyond reproach, but oh, those crab legs! These are the thickest, sweetest crab legs I’ve ever had, the shells split wide open for easy access and the meat sliced into 11/2-inch lengths. Devouring seafood in the shell was never more genteel. 66 W. Kinzie St., 312-284-4990

nayanthara: Nayanthara to be the face of seafood brand Fipola