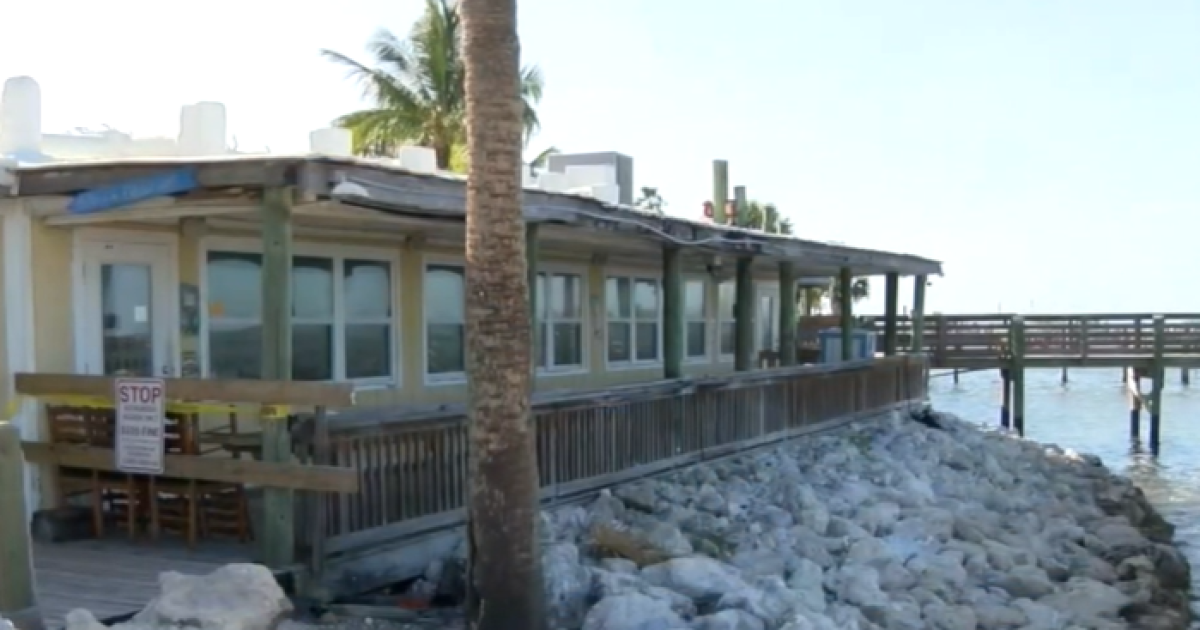 SEBASTIAN, Fla. — The City of Sebastian is working to figure out what to do with an aging landmark in the city at Fisherman’s Landing.

A nearly 100-year-old building needs overdue repairs and safety upgrades that could come at a hefty cost, leading city leaders to consider if demolition might be in the future.

They first moved in as part of the city’s vision to preserve Sebastian’s history as a fishing community.

The city received a grant more than a decade ago to build up a “working waterfront” according to Mayor Jim Hill.

“The whole idea was to preserve the history of Sebastian which was a thriving fishing community,” Hill said. “Great success for the city of Sebastian, very proud of it.”

Crab E Bills preserves that historic feel, serving fish caught by local fishermen on one day that is served up on plates the very next day.

“The city has been maintaining the outside of the facility as our lease requires,” Hill said.

But Quigley doesn’t feel the maintenance done by the city has been sufficient.

“They’re the ones that have been band-aiding over and over,” Quigley said.

An outside company conducted inspections and found structural concerns under the outside waterfront deck, roofing issues, termite damage and rotting wood.

“The city came in November and boarded us up in the back half without any warning,” Quigley said.

“There were some things that could become unsafe if we allowed them to continue,” Hill said.

Quigley said when the city blocked off their waterfront back deck, that took away a selling point for the business.

“We have lost so much. They hit us at the beginning of season,” Quigley said.

This week, city council members will decide whether to spend $50,000 to address just the immediate safety issues. If those are resolved, Hill said the city feels comfortable having Crab E Bills finish the remainder of its lease, which has less than two years left.

Then, a bigger decision will have to be made.

“The question is going to be whether we decide to save this building. It’s an old building but it’s not a historic building,” Hill said.

If making all the needed repairs becomes too costly, Hill said the city could decide to demolish the building and rebuild something new.

“I think most people want to see this building maintained. But it will come down to what is in the [taxpayer’s] best interest,” Hill said.

Quigley feels if the building was better maintained, the conversation about ending Crab E Bills future at the location would not be happening.

But Hill feels given the age of the building, the maintenance issues were inevitable.