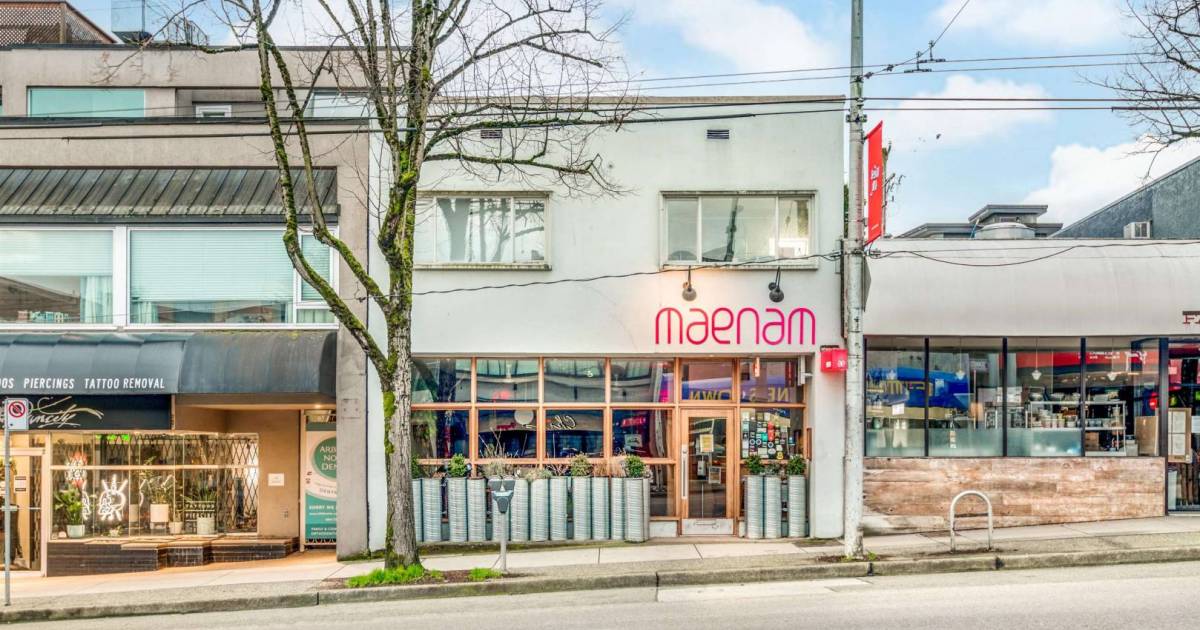 The building that includes the renowned Vancouver restaurant Maenam is on the market.

Based on tracking by real-estate site Zealty.ca, the seller reduced the asking price by 5.1 percent on April 19.

Listing agent CBRE described the offering as a “rare investment opportunity in the coveted West 4th corridor of Kitsilano”.

The listing mentioned Maenam as tenant at the two-storey commercial property.

Chef Angus An and his Bangkok-born wife Kate Auewattanakorn opened the upscale Thai restaurant in May 2009.

Last year, Straight editor Charlie Smith visited the establishment, and was not disappointed.

“The highlight of the meal was the 8 Spices Lingcod, which comes with baby corn, peppers, and basil leaves bathed in a multitude of flavours. Lingcod are found in B.C. waters—pure West Coast cuisine—but the enchanting and vibrant spicing made me feel like I was on the other side of the Pacific Ocean.” Smith wrote.

Smith continued, “This is Thai food full of personality, with an elegance and precision that’s reminiscent of fine French cuisine. And no wonder—An is a graduate of the French Culinary Institute in New York City, where he studied under several star chefs. An’s love of Thai cooking was forged at Chef David Thompson’s legendary Nahm restaurant in London, where he met his wife.”