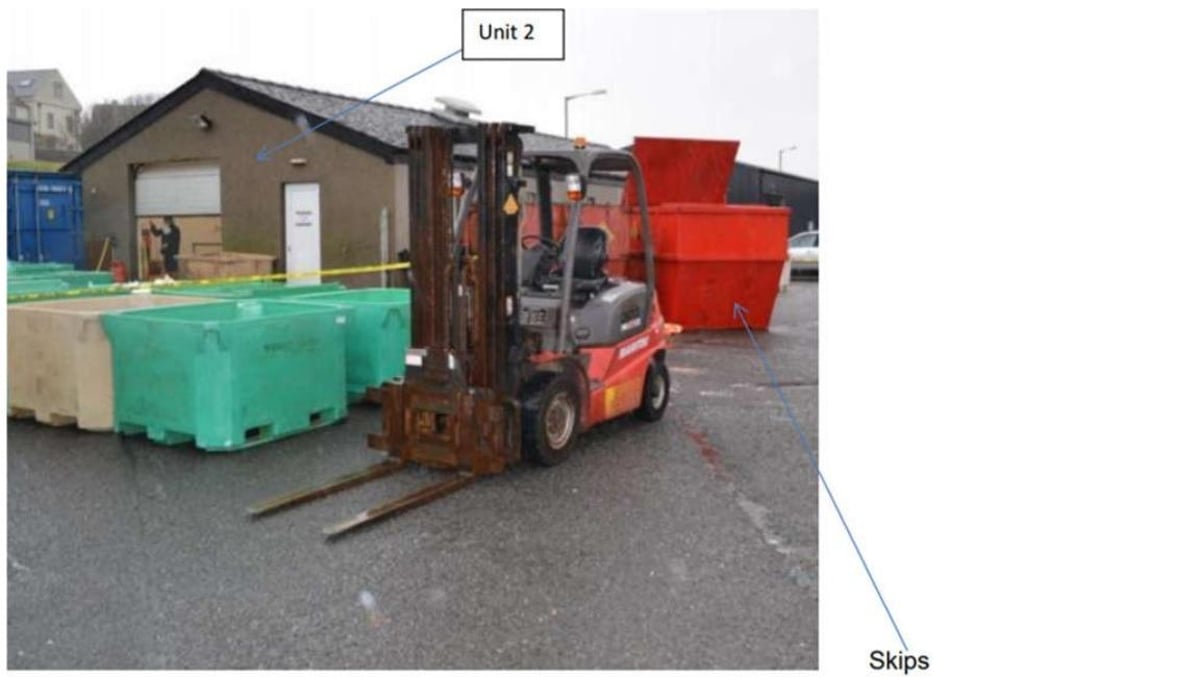 Karen Allan, 61, was hit by the forklift after placing a bag of rubbish into a bin at QA Fish in Scalloway, Shetland, on January 31, 2018.

Lerwick Sheriff Court heard that the forklift driver only became aware of her presence when she screamed after being hit.

Alistair Duncan, head of the Crown Office’s health and safety investigation unit, said: “The tragic death of Karen Allan could have been avoided had QA Fish Ltd put in place a health and safety management system.

“There was no corporate responsibility for health and safety and a failure to consider over a reasonable period, which put their employees at unacceptable risk.

“This prosecution should remind other employers that failing to keep their employees safe can have fatal consequences and they will be held accountable for this failure.

“Our thoughts are with Mrs Allan’s family, who must live with the consequences of the failings of QA Fish Ltd.”

A joint investigation by Police Scotland and the Health and Safety Executive found the company had failed to implement a health and safety management system.

There was no risk assessment in place for pedestrians using the same area the forklift was operating in.

There were no visible barriers to separate these areas and no requirement for employees to wear high visibility clothing when working in the exterior area of the premises.

Systems and methods of work were established informally by individual employees without formal direction or guidance from senior management.

Formal, documented systems of work for pedestrian and forklift truck operations did not exist and employees were instead left to “get on with it” and expected to use their common sense.

It was only after the incident that the company put in place a health and safety management system.

The company did not want to make any comment following the court case.

FACT CHECK: Is Australia Passing A Bill That Prohibits People From Growing Their Own Food?