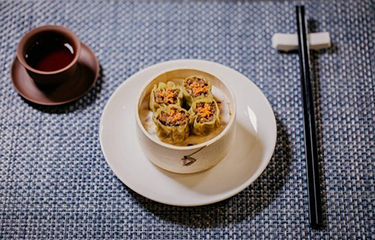 The two companies will establish a joint R&D facility in Vietnam, according to a joint statement released on 27 July.

Based on the MoU, the two sides will continue to discuss the establishment of the joint facility, Minh Phu CEO Le Van Quang told SeafoodSource, without providing any timeframe for construction to begin.

Through the joint R&D facility, Shiok and Minh Phu will collaborate in the development, production, marketing, and distribution of cell-cultured shrimp products. The companies are also studying the feasibility of building a manufacturing plant to produce cell-based products in Vietnam. The companies’ collaboration is in line with Minh Phu’s strategy to apply advanced technologies in the production of seafood for the sustainable development of the industry, Quang said.

Shiok Meats runs two satellite R&D facilities, one in Thailand and one in Australia. The start-up has raised about USD 30 million (EUR 29.6 million) in its funding since its inception in August 2018. The company is constructing a pilot production facility in Singapore with a potential for large-scale manufacturing. Shiok plans to introduce a cell-cultured shrimp product in at least one restaurant in Singapore by 2023.

“Setting up a joint R&D facility with Minh Phu Seafood is a major milestone for us. Our vision has always been collaborating with established seafood companies and hatcheries to add variety to the portfolio and food security narrative through aquaculture innovation, research, and tech transfer. Our satellite R&D facility in Vietnam will focus on high-quality cultivated shrimp research and technology,” Shiok Group CEO Chairman and Co-Founder Sandhya Sriram said.

U.S. Economy Shrank At Annual Rate Of 0.9% In The Second Quarter – CBS Philly

Chicago mass shooting: Teen is 3rd person charged after 9 shot, 2 fatally, on Near North Side near McDonald’s, police say