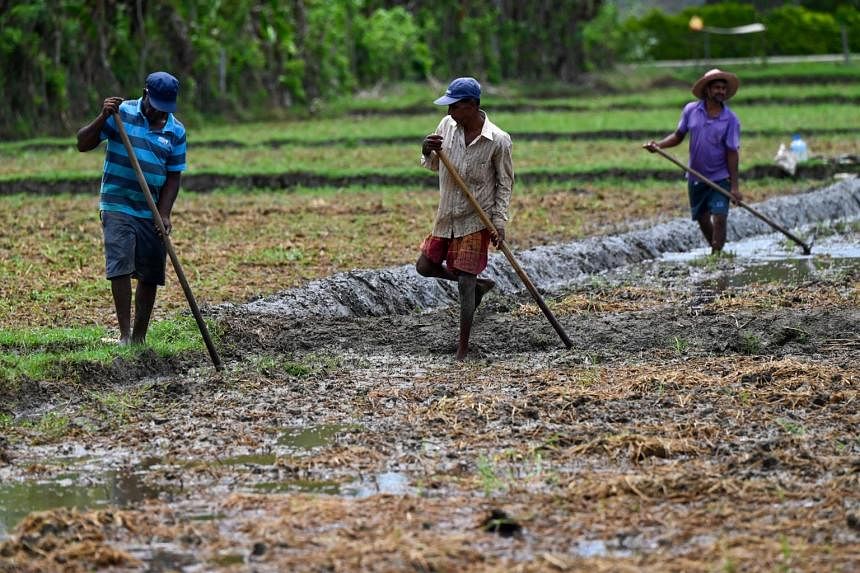 TISSAMAHARAMA, SRI LANKA (AFP) – Farmers were once big supporters of the Rajapaksas, but a bungled fertiliser ban withered their crops along with their backing for Sri Lanka’s previously powerful and popular political clan.

It was portrayed by Mr Rajapaksa as a push for Sri Lanka to be the world’s first fully organic farming nation.

But it was a disaster. Yields fell sharply, hitting growers’ incomes just as essentials like fuel, food and medicines became scarce and expensive.

“This devastation was a result of policies made by people sitting in air-conditioned rooms who do not understand farming,” said S Jaliyagoda, 66, the head of an association of rice farmers.

Calling it a “stupid” plan, he said experts had decried the move and farmers clearly voiced their disapproval.

“But despite the opposition, the government went ahead and imposed strict rules and forced it on us. And in the end, it failed,” he said.

“All prices of all goods have shot up. Living has became impossible for people. Hunger has become very common. So people have now rejected (the government),” he said.

More than a quarter of Sri Lanka’s 22 million people rely on agriculture.

In past decades the sector was a success story, producing enough for the domestic market as well as exports – in particular Ceylon tea.

The agricultural chemicals ban was initiated with little warning or training for farmers on how to cultivate crops without them.

MM Jinasena, a farmer for almost all his adult life, always grew enough to feed his family and sell some excess.

Now, the 55-year-old has cut down on the food that he and his family consume.

“When we used chemical fertiliser, we were able to get a yield of about 3,000kg per acre… but since we switched to organic farming, we have received only about half that,” Mr Jinasena told AFP.

“Now, I regret taking up farming. I will tell everyone to avoid it if they can.”