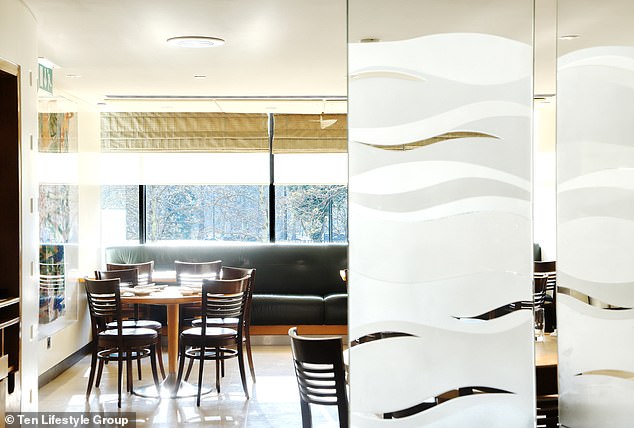 By Harry Wise For This Is Money

Ten Lifestyle Group failed to make a profit in the first half of the financial year after demand for its services was stunted by the arrival of the Omicron variant.

The London-based concierge firm reported a £3.2million loss in the six months to the end of February as a strong recovery in trade at the start of the period was thrown adrift from late November.

Rather than shrink staff numbers and costs, the group said it decided to hold onto its new employees in anticipation that demand would rebound and support the expected growth in current contracts and fresh contract launches.

Period of two halves: Ten Lifestyle Group reported a £3.2million first-half loss as a strong recovery in trade at the start of the period was thrown adrift from late November

This caused the company’s operating expenses to rise by £4.4million to just shy of £20million, yet it still managed to shrink losses by £700,000 from the same time last year as it added 18,000 new active members.

After business tumbled in 2020 and the beginning of 2021 due to lockdown restrictions, the group’s first-half net revenues grew 21.8 per cent to £20.8million thanks to significant growth in sales across all regions.

A recovery in base business and larger supplier revenue, alongside a relaxation of Covid restrictions, helped net revenues in the Americas climb 30 per cent and by 15 per cent to £10million in the EMEA market.

At the same time, the gaining of a major contract worth between £2million and £5million with Japanese financial services provider Credit Saison drove a 23 per cent net revenue increase in the Asia-Pacific territory.

Since then, net revenues have risen above pre-pandemic levels even as travel restrictions have hit business in some markets across the Americas and Asia-Pacific.

Further financial impact came from the firm’s decision to close down its Moscow office following the escalation of the Russo-Ukrainian war, although it pointed out that its Russian division brought in less than 1.5 per cent of net revenue.

At the moment, the group has 29 signed contracts that are set to commence by the August 31, three of which are valued at more than £5million each, while another six are worth at least £2.5million.

Because of the expansion in employee numbers, it also expects to see enhanced profitability in the second half of the fiscal year and full-year adjusted underlying earnings in line with projections.

Chief executive Alex Cheatle said: ‘In order to manage the increased level of demand, we recruited new staff at the start of the period and retained them despite the temporary fall in demand caused by Omicron, to support new contract launches and the recovery in demand we are now seeing.

‘This increase in cost base, combined with the nonrecurrence of payroll assistance, caused a short-term fall in profitability during the period.’

Ten Lifestyle Group shares were 5.1 per cent higher at 62p during the mid-afternoon on Wednesday, although their value has plunged by more than 40 per cent in the past six months.

Some links in this article may be affiliate links. If you click on them we may earn a small commission. That helps us fund This Is Money, and keep it free to use. We do not write articles to promote products. We do not allow any commercial relationship to affect our editorial independence.

Filthy, illegal chicken factory which supplies takeaways and restaurants fined after ignoring order to shut down