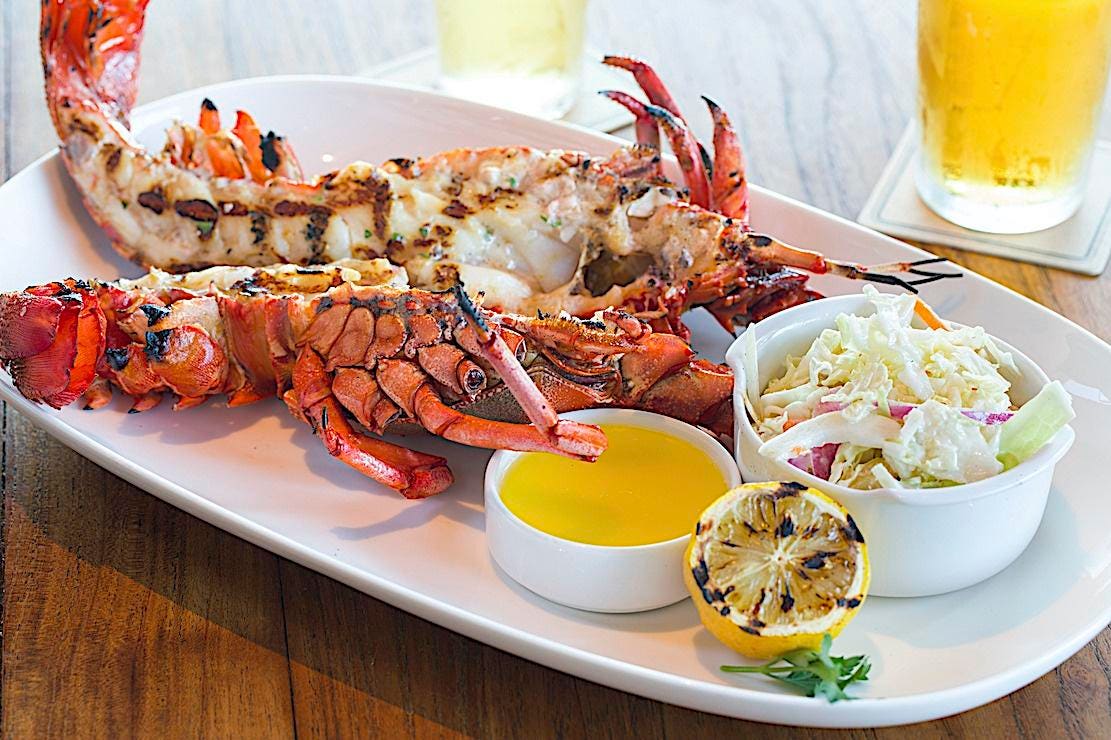 At a time when food shortages are beginning to impact the global markets, seafood harvesting and sales have been particularly vulnerable, owing to climate change, overfishing and demand. Sustainability in the industry takes many forms, including fish farming. To get a perspective on what’s going on, I interviewed Sam King, CEO & President of the Costa Mesa, California, King’s Seafood Company, opening its first restaurant in 1984, now with six different concepts with 22 locations including 6 Water Grills, 12 King’s Fish Houses, Meat on Ocean, Pier Burger, Lou & Mickey’s and 555 East.

Seafood prices are through the roof. Why?

Seafood pricing has been all over the board this year. All oysters are up at least 15% to 20% over 2019 and some other examples of the largest increases include are halibut, Chilean seabass, swordfish, jumbo lump crabmeat, Barents Sea crab legs and many more.

We have not seen seafood prices affected too much regionally, other than what is related to some of the labor shortage issues that have happened. This has happened across all regions.

What is the situation with wild salmon as opposed to farm raised?

In the past our company has always enjoyed displaying our love of the spring and summer salmon runs. Some years we have had seven to eight different rivers represented on our menus during a season run of King Salmon which have included Copper, Columbia, Neets Bay, Nootka Sound, and Queen Charlotte to name a few. Unfortunately, the past several years has seen these numbers reduced. For example, last year we had only three rivers represented on our menus. With the recent opening of Copper River last week, we hope we will have more rivers to pull from this year.

Our company buys two different farmed-raised salmon: One is an Atlantic salmon from British Columbia that we buy from Mowi, the largest producer, which has certification from the GSSI (Global Sustainable Seafood Initiative). At our Water Grills, we buy farmed King Salmon from New Zealand when the wild salmon is not available during the late fall and winter. We believe that the great work of some of the NGOs has helped keep farmed salmon honest and has been necessary to require the farms to operate at a much higher environmentally sensitive level. If we were to eliminate the 4 billion pounds of farmed salmon consumption annually, it would have devastating effects on wild seafood stocks.

What do you consider the differences between wild and farm-raised seafood?

I spoke to the staff members that operate the Aquarium of the Pacific in Long Beach several years ago about this subject. I knew this audience came in with an anti-farming bias, so I came up with the theme of looking at countries that were large proponents of aquaculture and matching their Green Living Rankings that were just listed in the US News & World Report. Interestingly, four countries in the top 10 – Norway, Japan, New Zealand, and Canada – are also big in aquaculture. My question to them was how these countries could manage both of these competing synergies. In fact, this is one of our biggest frustrations with the state of California, which has over 1,000 miles of pristine coastline perfect for growing seafood products, so why do we not lead the world in this genre?

What exactly is flash freezing and how does it affect the product?

We believe flash freezing of fish is the best method when freezing. Flash frozen is when you freeze a fish very quickly so there is little to no degradation of quality. Fresh vs. frozen can often be one the most misunderstood concepts when it comes to seafood quality. For the sushi at our restaurants, all the sushi fish must be frozen before it can be eaten raw under the FDA guidelines. We have very stringent HAACP guidelines in place that our distribution company is required to follow in the handling of seafood which we use for sushi.

We’ve heard for many years now that wild Mediterranean seafood is in short supply.

True Russian-Iranian caviar harvesting in the Caspian Sea has been banned for years now. Where is the rest coming from?

Our company presently does not have a traditional caviar program in place; however, we are looking into researching it as a possible new menu item. I was recently surprised to find that China was quickly becoming perhaps the largest producer of caviar. We will be starting caviar tastings this summer and then decide if we want to put a caviar program in place.

Which overfished species are you most concerned about?

We are concerned with the Alaskan King Crab fishery. We understand that it is a well-monitored program, however, the biomass reports have shown a large decrease in juveniles. This prompted the state of Alaska to decide to close the fishery in 2021/2022, the first time in 25 years. Even though we miss this product on our menus, we are pleased that the state is doing a good job managing their fishery.

Is the industry suffering from supply chain issues?

Supply chain issues have become perhaps our number one challenge and priority. Before, we had predictability in the supply chain where seafood products were seasonally available or unavailable with the increase and decrease in pricing following. Presently, for example, we have several important frozen products sitting on boats that are supposed to be off loaded in the Port of Los Angeles. Important frozen items like hamachi loins and Peruvian scallops have taken three times the amount of time to get delivered to us. We are also remodeling our private dining kitchen at our Water Grill in San Diego and ordered a Rational oven last week and were told that it won’t arrive until February of 2023. Unfortunately, stories like these are commonplace, adding a completely new dimension in product procurement. This includes issues with paper products, china and silverware, and even the fabric used for our restaurant napkins.

How has your company committed to sustainability?

King’s Seafood Company has always been committed to both sustainability and environmental stewardship. We have shown leadership by committing money to research, being on boards such as the Aquarium of the Pacific and the Wrigley Institute of Environmental Science, and in many other ways. We also operate our seafood distribution facility using recycled trays, bins, and containers, allowing us to use almost zero cardboard boxes for our seafood deliveries to our restaurants.

How have warmer waters affected seafood?

Warmer waters, if not corrected, will continue to have a profound effect on our seafood products. Whether it be algae blooms that affect much of the predominate food in the form of phytoplankton or marine food chains that impact the pelagic food web. Warmer waters also promote ocean acidification, which is harmful to our shellfish populations. Our company has invested with a group out of Washington State that is working to help figure out what we can do to move forward and help slow this process.

The Inaugural Taste Of Seafood Festival In Bermagui in November