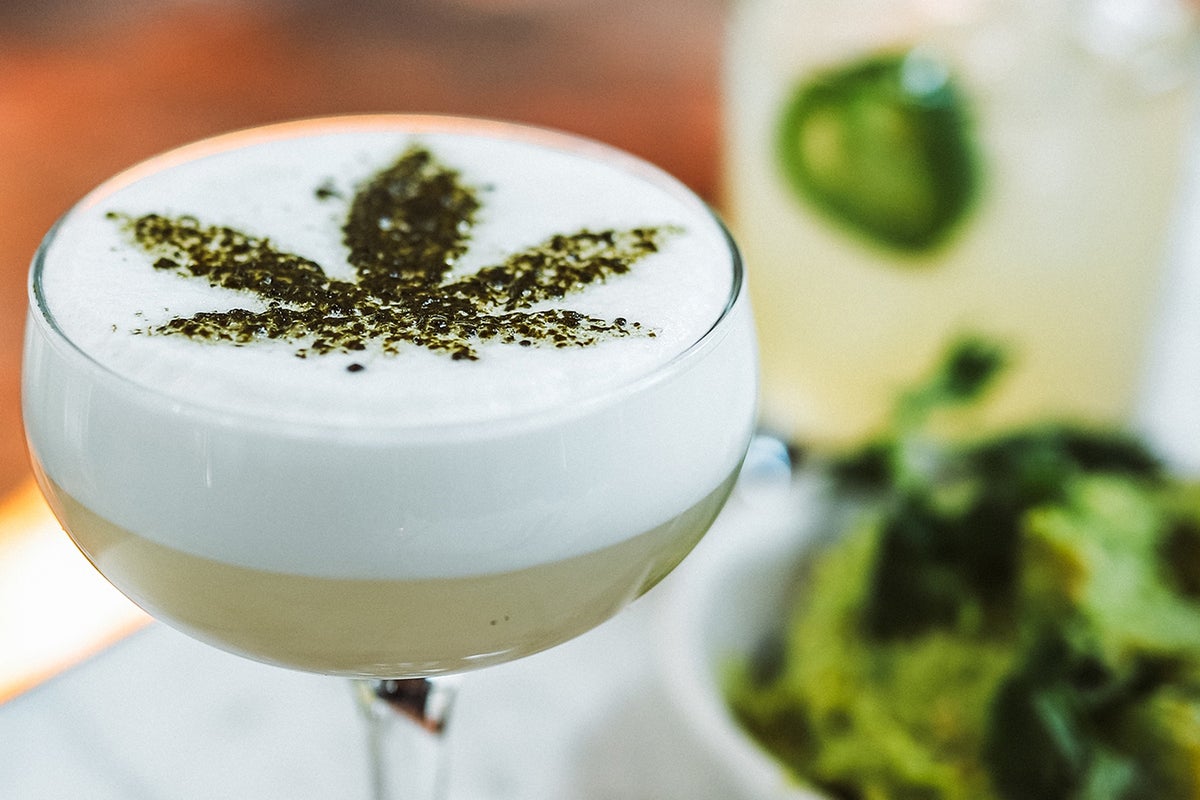 Consider for a moment the three most widely used drugs on earth: caffeine, nicotine and alcohol. Collectively, they represent a nearly $2.7 trillion global market with ~$420 billion of that in the United States alone. Each has been socialized into our collective consciences and enjoys a sanctioned time for daily use – known as the coffee break, the smoke break and the happy hour. Two of the three are beverages.

Cannabis has quickly emerged as the fourth leg of this state-sanctioned psychoactive stool with tremendous implications for investors and operators alike. Consumer preferences are migrating from artificial and invigorating toward natural and calming, with the twenty-five top food and beverage companies in the US experiencing an $18 billion loss in market share in just the last five years. Functional benefits, craft appeal, natural ingredients, experimental flavors and low caloric counts are all in favor, trends that when combined with the health benefits of cannabis are likely to drive outsized growth in infused beverages in the decade ahead.

Wine may be for wisdom; cannabis is for consciousness.

While it may appear that cannabis drinkables are a relatively new idea, cannabis has been used in medicinal beverage preparations throughout history. The Chinese have enjoyed mafeisan for thousands of years, while Indians have long referred to bhang as the ancient Nectar Of the Gods. Bhang is sold today at government licensed stores in India, having never been made illegal due to its religious ties as the official drink marking the arrival of spring. As public opinion and the stigma associated with recreational cannabis throughout the world continues to soften, consumers continue to search for social and innovative ways to consume their favorite cannabinoids.

See also: MAZAKALI’s List Of Things To Watch In Cannabis In 2020

Infused drinkables currently hold a market share of under 1% in the US, a figure that is far too low when compared with industry estimates for a $2.8 billion global cannabis beverage market by 2025. Advances in cannabis science along with the thirst for a healthier alternative to alcohol are but two factors behind this anticipated growth.

Advances in cannabis science: Cannabinoids are oily, fat-soluble substances that do not mix easily in water-based beverages. Oral consumption has thus traditionally been facilitated with oil and butter infusion; with gummies, brownies and confectionaries comprising the majority of infused edibles even today. The opposing nature of cannabinoids and water has challenged product developers with taste masking, dosing uniformity and shelf-life stability. Formulation technologies honed in the pharmaceutical (~60% of newly marketed pharmaceutical drugs demonstrate poor water solubility) and food industries can help circumvent some of these challenges while bringing infused beverage ‘onset’ closer to the 7-10 minutes that alcohol enjoys vs. the 75-120 minute traditional edible average.

While there are many technological approaches to achieving water solubility, the most common approach to infused drinkables is nano-emulsification. The primary goal here is to increase total surface area via a reduction in particle size to below 500 nanometers. The outcome of this is enhanced solubility along with accelerated absorption and onset.

Another solubilization technology is based on using cyclodextrins which keep the active molecules solubilized in water. Compared to nanoemulsions, this methodology allows for a reduction in the use of surfactants, emulsifiers, and other additives and can therefore achieve a higher drug loading capacity.

Healthier alternative to alcohol: An increase in our focus on health and wellness is driving many of us to seek alternatives to alcohol to socialize and relax. In today’s fast-paced world, we strive for physical, mental or emotional homeostasis and alcohol simply does not fit the bill. Non-alcoholic beverages infused with cannabinoids and adaptogens offer health, hydration and psycho-activity in a low-calorie package without the hangover effects.

Millennials, the largest group of cannabis consumers, place great value on health and well-being; and counties that offer consumers a legal choice between alcohol and cannabis have witnessed a 12-15% sales decline in the former. Big alcohol recognizes this trend and provides investment as well as exit opportunities for well-placed cannabis operators. Molson Coors projects that drinkables will eventually command ~30% of cannabis sales and took a controlling position in a joint venture with HEXO, a licensed Canadian cannabis producer. Anheuser-Busch InBev invested $50M in a joint venture with Tilray TLRY, and Constellation Brands STZ, brewers of Corona, invested ~$4B for a 38% share in the world’s largest cannabis producer, Canopy Growth Corporation CGC.

Cannabis beverage companies are well-served to understand these trends and adopt solubility-enhancing strategies, necessary for product differentiation as well as intellectual property generation.

•          Incorporation of other natural substances such as terpenes, adaptogens, probiotics, vitamins and minerals

•          Safety, regulatory and legality in an increasingly e-commerce focused market

The emergence of new infusion technologies is driving the next generation of functional cannabis drinkables and opening a door for new consumers to try cannabis in a familiar, discreet and often healthier way. Investors are well-served to take note of those companies poised to capture both a share of this growing market as well as the attention of larger beverage companies with the resources and desire to expand their product portfolios.

The greatest oak was once

a little nut that held its ground

The preceding article is from one of our external contributors. It does not represent the opinion of Benzinga and has not been edited.

Will Stores Be Successful During Inflation?