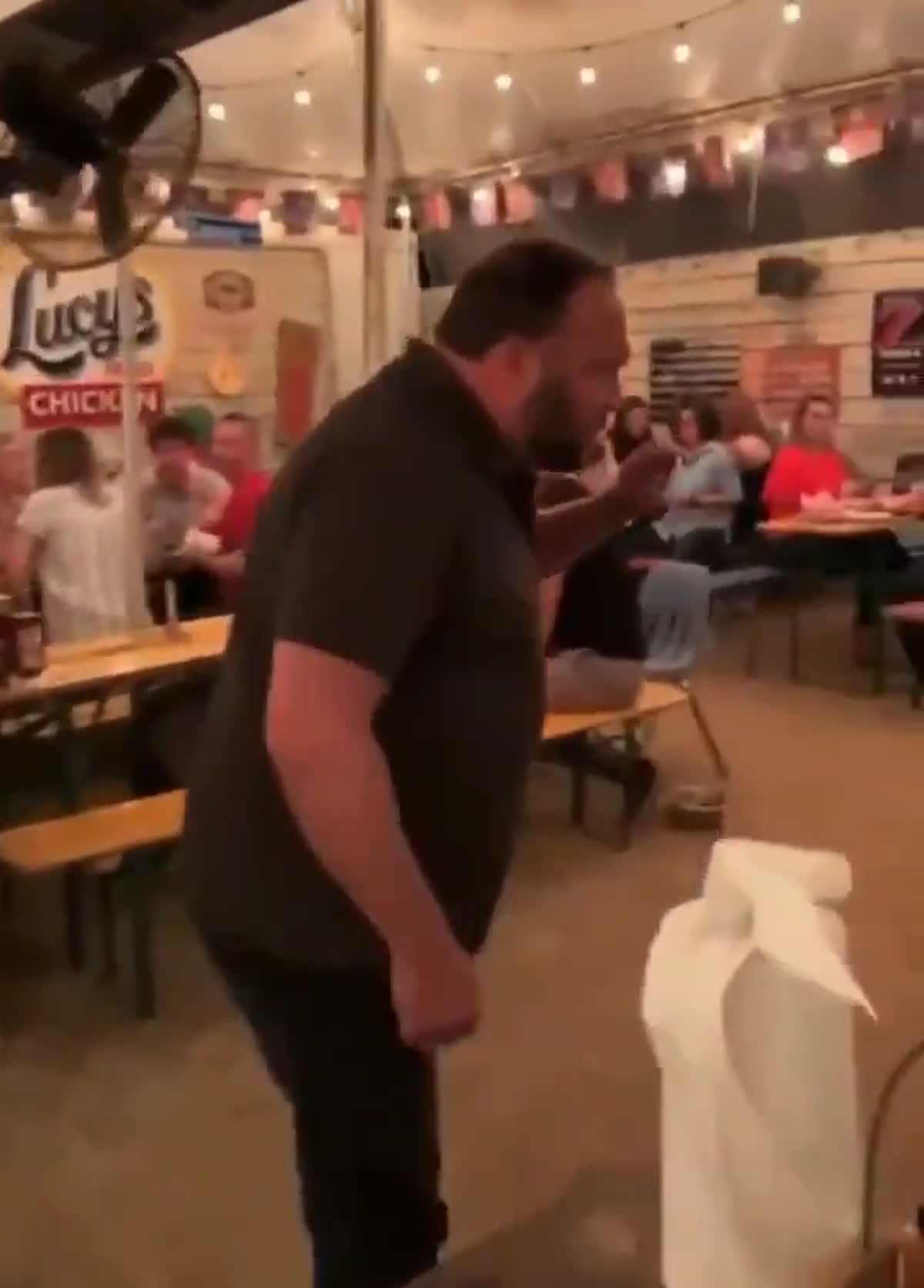 (Above video from 2019). These days, InfoWars conspiracy theorist Alex Jones has more important things to worry about besides getting curly fries instead of french fries at a restaurant. Jones was a no-show at his latest Sandy Hook defamation hearing. The lawsuit was brought by Neil Heslin and Scarlett Lewis, whose 6-year-old died in the Sandy Hook Elementary School shooting.

Jones repeatedly claimed that the Sandy Hook mass shooting was a hoax. Interestingly, Jones is based in the liberal city of Austin, Texas. Jones has occasionally attempted to start sh*t in public venues while yelling in people’s faces with a cellphone taping the incident he started.

I’m not saying that this incident has anything to do with the other news about him refusing to show up for a hearing, but I don’t believe in coincidences with this unhinged guy.

Friday’s was the only pre-trial hearing in a lawsuit brought by Sandy Hook parents Neil Heslin and Scarlett Lewis, whose six-year-old son Jesse was killed by the Sandy Hook gunman. Their case was originally filed in 2018. Since then, Jones has “intentionally disobeyed the court’s order” by refusing to hand over documents in compliance with the discovery process, Judge Guerra Gamble wrote in a court order last year.

Jones was captured on film yelling at people in the eatery, calling one guy a “slob,” and telling someone they aren’t really an American. As for the slob remark, pot, kettle, etc. Then he libtarded someone, and I don’t know how they will ever recover from that. But I suspect they’ll be OK. Jones, on the other hand, is about to meet karma.

UPDATE: The video, which surfaced on Twitter on Monday, is actually a shorter version of a video from 2019.

Inflation is forcing Americans to change their diets

New Jersey Seafood Festival Makes its Return in May 2022