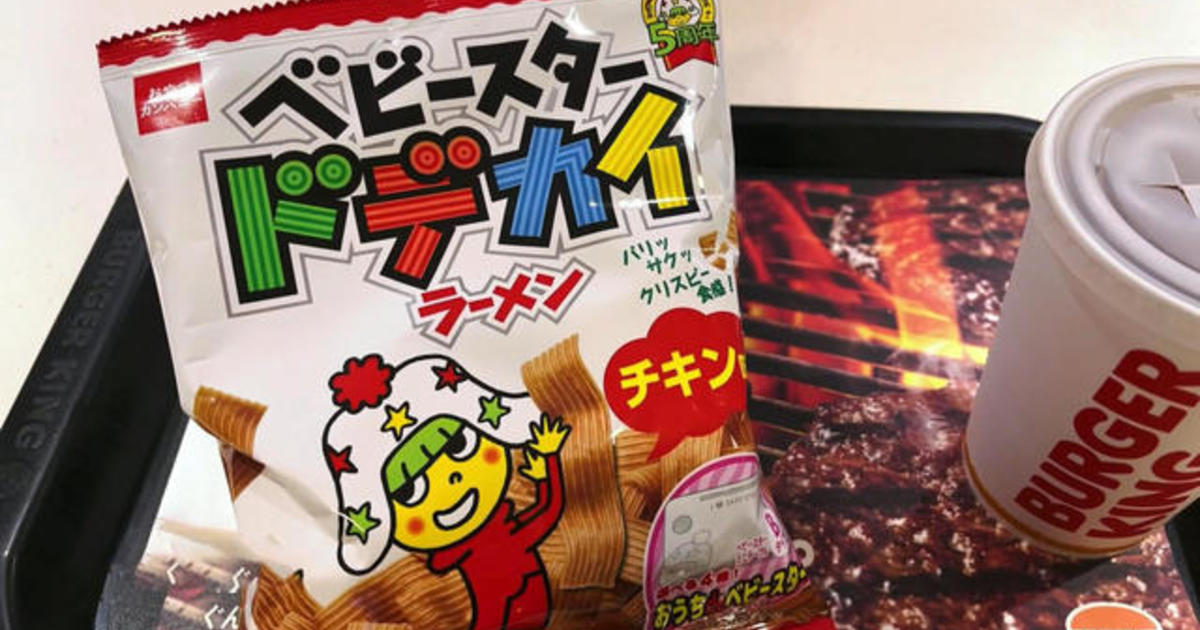 A side of fries with a burger is a staple. But countries like Japan depend on American growers for most of the frozen potatoes that are processed into fries and sold at major chains — and a dwindling stock of potatoes has put fast-food chains in a pickle.

Burger King, which operates over 150 restaurants in Japan, found a way around the shortage. Until new supplies finally arrive, customers are being asked to swap out fries for something Japan has no shortage of: ramen noodles.

Burger King calls it the “almost-potato set,” which includes a burger and a side of crunchy ramen noodles. The noodles are are nice and salty, but aren’t the same.

Customers in Japan told CBS News’ Lucy Craft that the ramen couldn’t be a permanent solution.

“I’d be sad without fries,” one person said. “I always get fries with my burger.”

“If Burger King had only crunchy ramen, maybe I’d just go to McDonald’s,” another said.

Burger King said its unusual offerings have earned it devoted fans, adding that many have given up fries as a show of loyalty. The chain also considered substituting fries with options like broiled squid, apple pie and even boiled ramen.