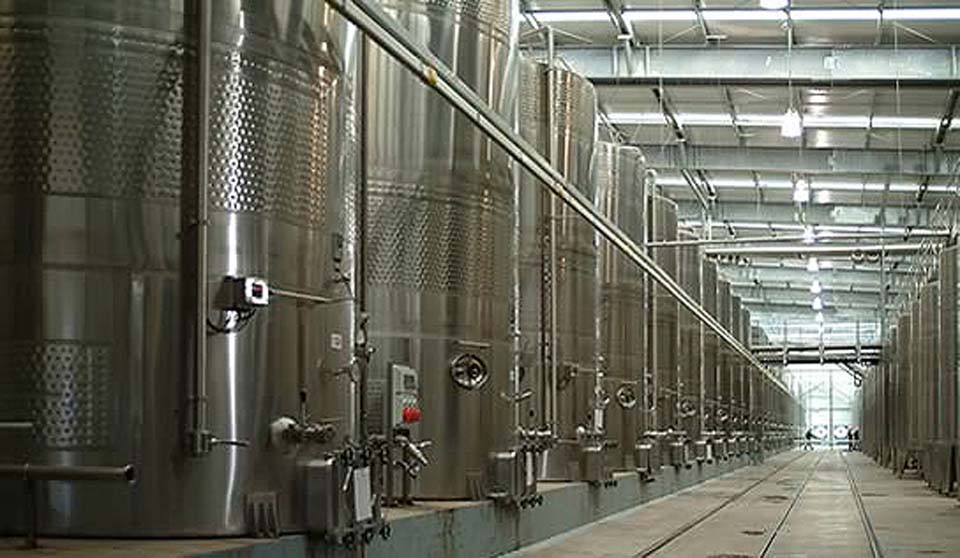 Now then, can you name the twelve independent countries in South America? Some are easier than others of course and you can probably manage four or five without too much mental exertion. But if you can manage to recall all twelve of them without cheating, that’s quite a feat. I mention this because, somewhat surprisingly, most countries on the South American continent produce wine, though some do it rather more successfully than others. However, compared to places like France, Germany and Italy, South America is a relative new-comer in the commercial wine world and had no significant impact on the international wine scene until the late 20th century.

Even so, they were making wine – of a sort – in South America a good many years before Shakespeare was born. In the early 1500s, Spanish Franciscan missionaries planted grapes in parts of South America to make sacramental wine for religious purposes. It was probably rough old stuff too, and barely fit for drinking. The grapes had come from Spain and for reasons too obvious to explain, they were known locally as Mission. Until recently though, nobody was sure exactly what they were. Only in 2006 did researchers in Madrid discover that the DNA of the Mission is identical to that of a largely forgotten Spanish grape called the Listan Prieto which was popular during the sixteenth century. The monks also probably used País and Criolla Grande.

The skills of vine-growing and wine-making travelled with the missionaries through South America. Their wine was almost certainly pretty rough by today’s standards and it wasn’t until the late 19th century that wines of quality began to appear, as a result of new plantings of Cabernet Sauvignon, Malbec and Carmenere. Chilean wine was especially successful and foreign investment in Chilean wineries allowed technical advances in winemaking. By the turn of the 21st century Chile had acquired a reputation for reasonably priced premium quality wines.

Chile and Argentina make more wine than any other countries in South America and in terms of volume they’re both among the top ten wine producers in the world. Most Chilean wines come from the Central Valley, or Valle Central if you prefer a bit of local colour. With cool, rainy winters and warm summers, the valley has high daytime temperatures moderated by cool evenings and nights. It’s ideal for growing a wide variety of grapes. But like everywhere else in the world, Chilean top-quality wines are labour-intensive, high in demand and therefore relatively expensive.

You might be wondering why this wine is so cheap. You’d be lucky to find anything half-decent at this price with the exception some locally produced “fruit” wines. The answer is surprisingly simple. The wine is imported in bulk from Chile and bottled in Thailand by those jolly nice chaps at Siam Winery, the same people who bring us Mont Clair and several other well-known local brands. And for the money, it’s quite a decent wine too. Yali wines come from the respected Chilean company of Viña Ventisquero a relatively new organisation established in 1998 by Gonzalo Vial. Its first wines were released in 2001. The name Ventisquero means “glacier” in Spanish and evidently refers to the glaciers of Chilean Patagonia. The first Yali wines were made in the company’s first winery in the Maipo Valley but over the years, the winery has broadened its horizons and now has vineyards in all of Chile’s best wine-producing areas.

Yali wines come partly from vineyards in the wetlands famous for the flamingos that visit on their annual migration. There are also biological corridors and biodiversity areas that enable its viticulturists and wine makers to produce “wines in harmony with the local landscape”. With solar panels at its vineyards, alongside a zero-waste policy stretching from its use of water to organic fertilization, Yali was the first winery to obtain the Certified Sustainable Wine of Chile accreditation for 100% of its vineyards.

This dark ruby-coloured wine has a rich, sweet aroma of black fruit, blackcurrant and plum and therefore fairly typical of warm-climate Cabernet Sauvignon. There are also attractive hints of spice which might your nose twitch, especially if you have a sensitive one. There’s plenty of fruit on the palate and a dash of light acidity which gives the wine added interest. Surprisingly for a Cabernet, the tannins are remarkably soft and some people might not notice them at all. At a pleasantly low 11.5% ABV, it’s a dry, medium-bodied wine and has a longish if slightly edgy finish. There’s really nothing to complain about but of course at this price level it’s a fairly basic table wine. Nevertheless, it could work wonders with simple red meat dishes or even raise the common beefburger to new heights. I think it would make a good contrast to something like red meat in a creamy sauce. If you prefer your reds with a bit more “bite”, try it slightly chilled because that will alter the taste profile and bring the tannins forward. Oh, and by the way, were you able to name all those twelve countries? If you got them all correct, feel free to reward yourself with another glass of wine.

India Basa Fish Market To Be Driven By The Thriving Seafood …