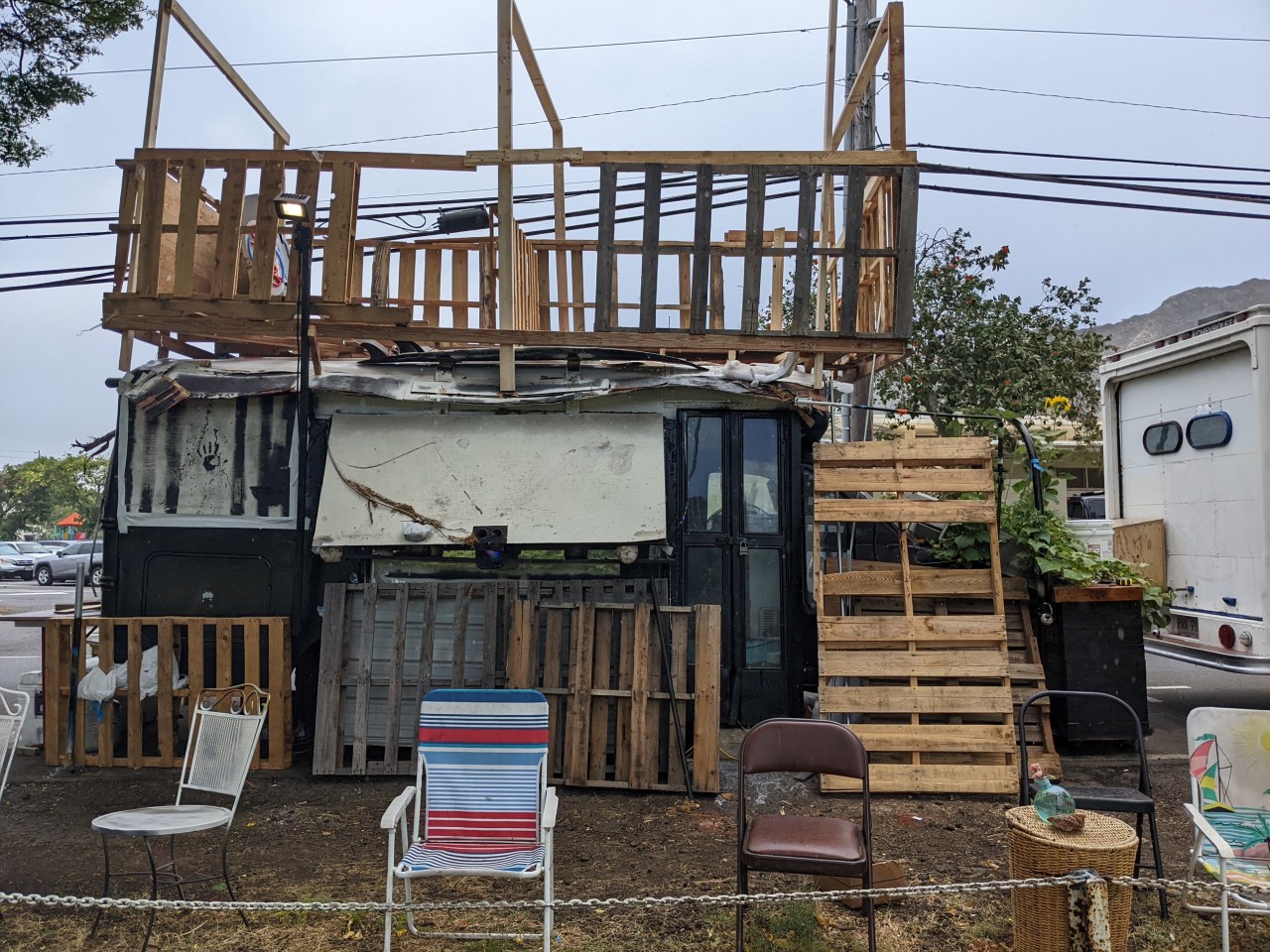 HONOLULU (KHON2) — Ala’s Mediterranean Kitchen currently sits on Leahi Avenue, the owner, Ala Thavata, said he has been parked there for about four months paying for parking, but a wooden structure he built on the truck’s roof is drawing attention from neighbors, and not always positive.

Thavata said he built the wooden structure out of desperation, as he is facing eviction from his apartment, on top of health issues with his son.

Thavata said, “I had no other way I have to either live in the parks, sleep, I can’t even have a tent so I am getting evicted and trying to make it.”

The food truck has a food establishment permit from the Hawaii Department of Health, along with a green placard for his business.

The HDOH said they only focus on the food safety aspect of the business, not the structure.

Thavata said, “I thought this was my truck, I have the right to do whatever I want on my spot, this is a private road this owned by a private lady so I feel like this is my first step to life, so please don’t destroy me, guys.”

The owner of the food truck said the wooden structure just went up on Monday and said he plans on adding a tarp over it.

Thavata has also started a small garden on the hood of the truck.

KHON2 News reached out to the city posing questions from neighbors.

The city said it is still working to determine jurisdiction over the food truck in question and whether any action is necessary.

In the meantime, Thavata said he has faced harassment for being parked there.

Thavata said, “I love my customers but I don’t know about the rest they really have a lot of haters.”