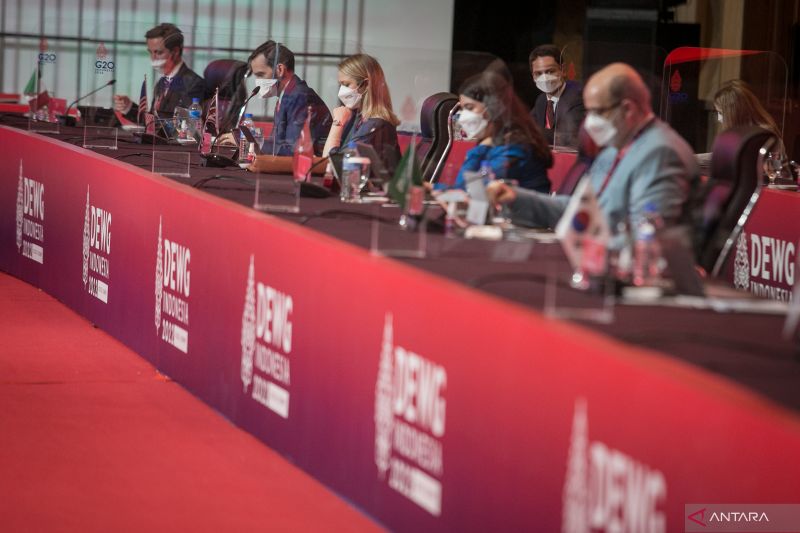 Jakarta (ANTARA) – Yogyakarta’s traditional foods and beverages, with a hint of modern flavour, were served to delegates of the second G20 Digital Economy Working Group (DEWG) meeting in Yogyakarta.

“Those foods are only available in Yogyakarta,” Adventa Pramushanti, Public Relations Manager of Hotel Tentrem that is hosting the G20 DEWG meeting, said, as quoted from the Ministry of Communications and Informatics’ press statement on Tuesday.

Pramushanti noted that the dishes served with intricate colour combinations are aimed at drawing the delegates’ interest to sample the food.

Some dishes have been prepared by combining traditional recipes with innovative and modern flavours, the manager revealed while pointing out that the chocolate praline served to the delegates had been made with staple traditional herbal drink concoctions of turmeric tamarind juice and kaempferia galanga-rice mix.

“Other dishes that we serve are chocolate shaped as (traditional musical instrument) gamelan and combined with Yogyakarta’s traditional food,” Pramushanti noted.

“Our goal is to introduce Yogyakarta’s traditional dishes to the global community,” the manager stated.

Pramushanti also expected a positive response from delegates of the G20 DEWG meeting and hoped that they would praise the food and cultural diversity of Indonesia.

“All delegates have positively responded to (the traditional foods we served),” she remarked.